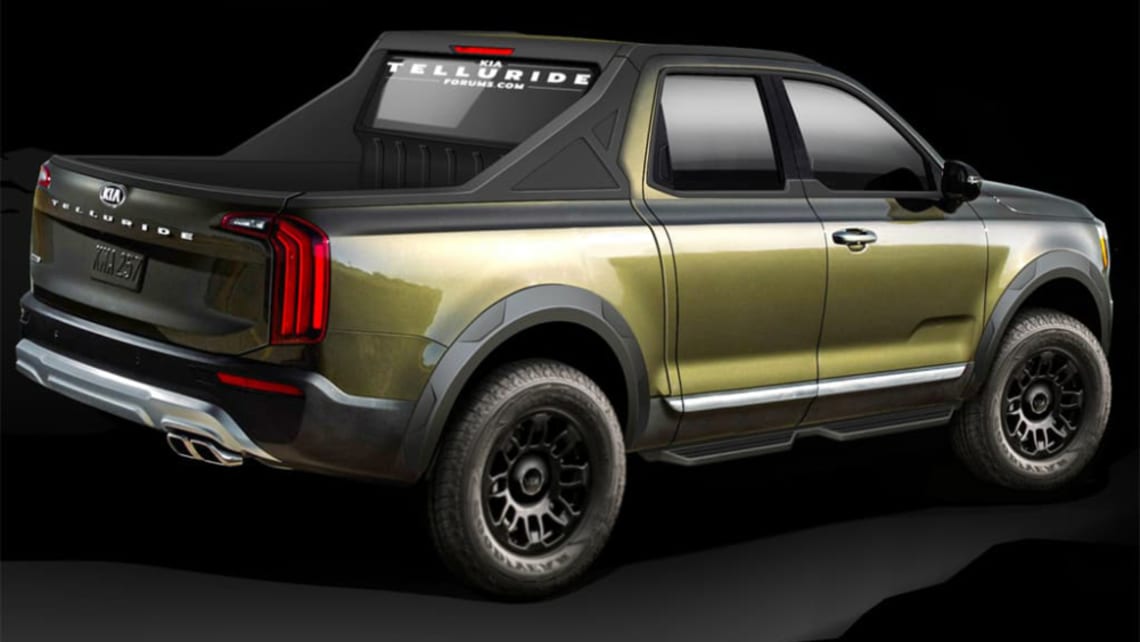 Yes, the rumours have proven true: Kia and Hyundai are both working on a proper workhorse ute range that’s set to hit the road as early as 2022.

Make no mistake; both brands have been crying out for a proper ute for years, and their prayers have finally been answered, with Kia telling CarsGuide that “work has begun” on its new ute family, and confirming Hyundai’s new workhorse is on the way, too.

It means the Korean brands will finally have a genuine competitor to two of Australia’s best-selling vehicles, the Toyota HiLux and Ford Ranger, as well as the rest of our booming ute market, which is stacked with vehicles like the Nissan Navara, Mitsubishi Triton, VW Amarok and Holden Colorado. And both brands have sky-high hopes for the impact a new ute will have on their sales results in Australia, and are expecting a significant sales boost when the one gaping hole left in their respective lineups is finally filled

ia has officially confirmed a ute is coming to Australia, and it won’t look like the Santa Cruz.

So as we count down the days to the ute’s first public appearance, we thought we’d collate everything we’ve been able to confirm so far, so you’re as well armed with information as you possible can be.

And we’ll be updating this story as more information comes to hand, so be sure to check back to stay on top of the Korean brands’ new workhorses.

It’s been a long time coming, with both brands having flagged their interest in a proper ute family as far back as 2015, with Hyundai Australia’s chief operating officer then describing It as a potential game-changer for the brand.

“We have no doubt a tough, good-looking Hyundai ute will be popular with Australians,” he said at the time. “We’ve made our enthusiasm for a ute very clear…and we look forward to seeing how things progress in the near future.”

That “near future” wasn’t actually all that near, as it turns out, but it’s finally happening.

Kia, too, has been pushing its head office for years, with public statements about how much they want a ute dating back to 2017.

The wait for both brands is at last almost over.

It could be here as early as 2022, with Kia now confirming its workhorse will likely arrive the Hyundai version, though conceding “it will be close”. That appears to have been pushed back slightly, with Kia having earlier suggested 2021 could the the launch date locally.

One caveat, though; Kia has also suggested 2023 could be on the money. It’s a wide window, I know, but we’ll update you with more information as we learn more.

Both utes will be tuned locally, with both Kia and Hyundai talking up the importance of their local tuning work, and making the point that all incoming vehicles will undergo the same process.

Kia and Hyundai both put their vehicles through a rigorous suspension tuning program here, where Australian engineers clock up endless kilometres, tweaking the ride and handling balance along the way to ensure the vehicles best suit our unique conditions. And the success of the program can’t be over-estimated.

The good news, then, is that both utes will be tuned locally, with work expected to begin up to 12 months before the vehicles go on sale. So keep your eyes peeled for test mules.

It won’t be a “lifestyle” vehicle, like the Hyundai Santa Cruz concept revealed in the USA back in 2015. That car, which now appears like it will make its American debut, was based on hte Hyundai iX35 SUV, but was immediately deemed to soft-core for our market, where utes (even the expensive ones) have certain towing and payload requirements to mix it with the big boys.

Hyundai is planning to join the global craze of bringing a pick-up to market to compete against the likes of the Toyota HiLux.

There will be plenty of body styles, with Kia confirming its incoming ute will play in all the segments its key competitors currently fill in Australia, and that means you can expect a dual-cab (by far the most popular body style in Australia), as well as single-cab and cab-chassis setups on a ladder frame architecture. The brands are promising a choice of two- or four-wheel drive, and have already pointed out that it will be on-par with the industry in terms of its ability to carry or tow stuff.

You’ll get petrol and diesel engine options, though the brands are so far tight-lipped on exactly what they’ll look like. A peruse the Kia lineup does highlight a couple of likely suspects, though; like the 2.2-litre diesel engine from the Sorento, which produces 147kW and 441Nm, or the 3.5-litre V6 petrol from that same car, which spits out 206kW and 336Nm. Less likely, perhaps, is the 3.3-litre twin-turbo V6 from Kia Stinger, but we can dream, right?