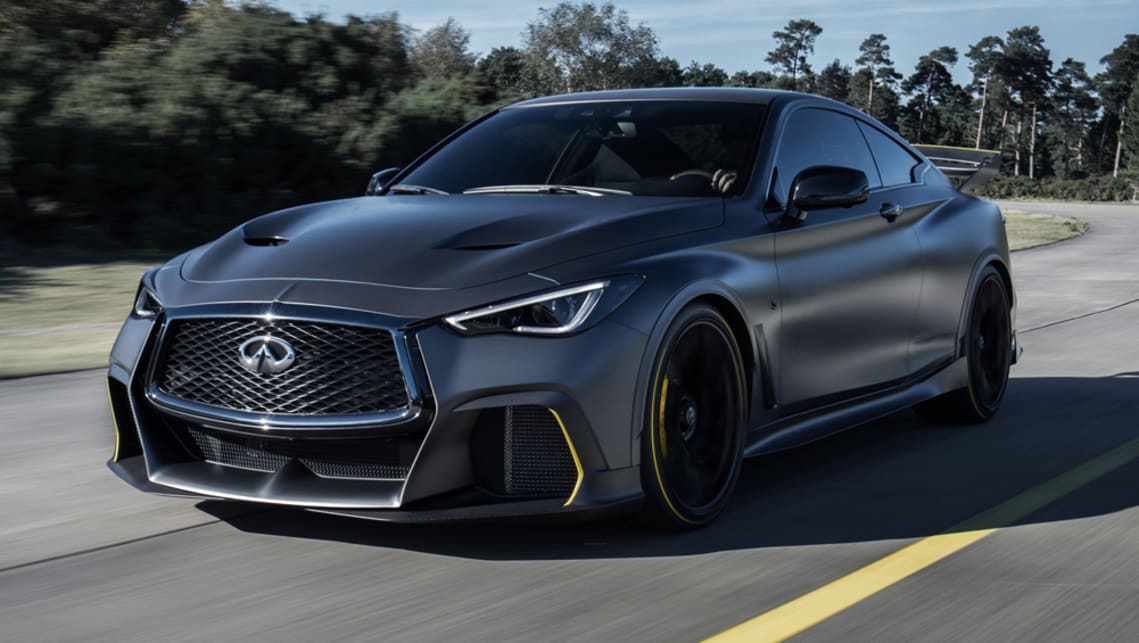 Infiniti is close to pulling the trigger on production of the Q60 Project Black S, as final development testing occurred over the weekend with Formula 1 driver Nico Hulkenberg.

The flagship Q60 coupe is set to take on the likes of the BMW M4, Mercedes-AMG C63 S coupe and Audi RS5 thanks to its dual-hybrid powertrain derived from F1 technology.

With the standard 298kW twin-turbo 3.0-litre VR30 V6 from the Q60 Red Sport, the Project Black S adds two heat-harvesting systems that can generate electricity under acceleration, while a kinetic energy brake recovery set-up can also produce energy when decelerating.

As a result, the flagship Q60 will produce 418kW of power, substantially more than the 331kW of the BMW and Audi, and the 375kW of the Mercedes.

Infiniti has also fitted the concept Q60 with uprated brakes, tuned suspension and an eye-catching bodykit to denote its sporting intentions.

The final hurdles to overcome for Infiniti is validation and whether there is enough interest in such a model to justify production, but expect an announcement later this year, possibly at the Frankfurt motor show.

First revealed at the 2017 Geneva motor show, the Project Black S has since been revised in its successive appearance at the 2018 Paris motor show, while a decision will be made on whether the show car enters production before year’s end.

“The work that has gone into Project Black S represents a milestone in Infiniti’s road to electrification,” he said.

“This test-bed for new ideas, and rapid development, represents everything Infiniti hopes to achieve with its electrified cars in future, such as smart energy management from advanced high-performance powertrains, a thrilling drive, and a performance aesthetic.”