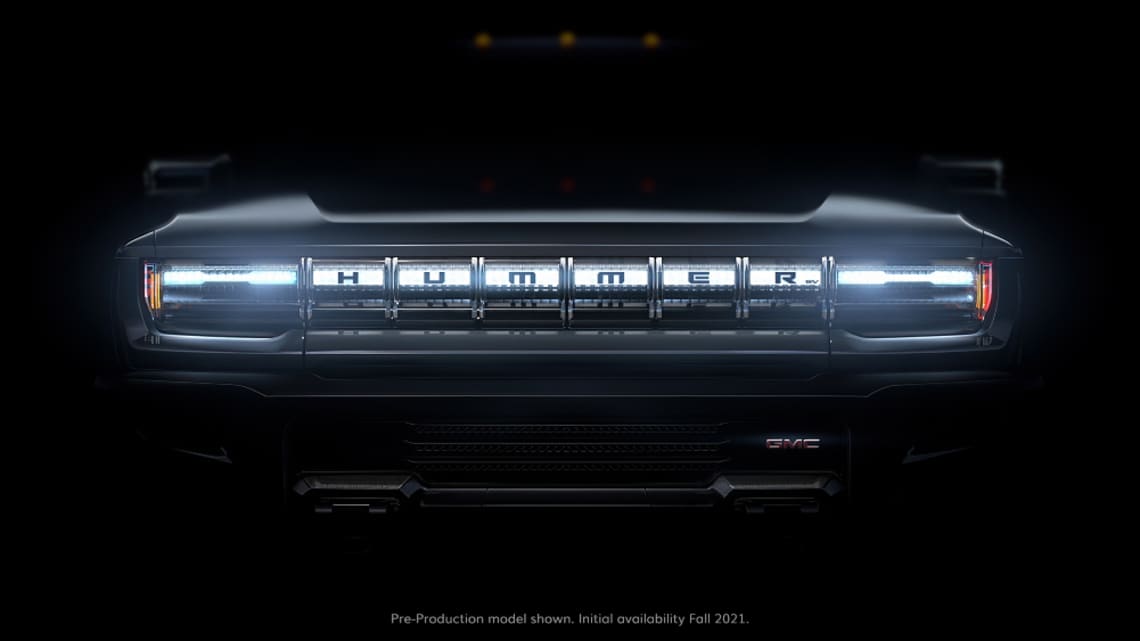 Would you buy a Holden Hummer? GM’s electric ute to produce 745kW and will eat your Ram 1500 for breakfast

GM is reviving the Hummer brand in the most spectacular fashion, today confirming its first product would be an ell-electric truck, or ute, with power outputs and performance numbers that can scarcely be believed.

Hummer will exist as a sub-brand under the GMC brand, with the first model now officially known as the GMC Hummer EV, with the American automotive giant describing it as the first step in its “Quiet Revolution”.

But while the Hummer EV might be quiet, it will be anything but slow, with the brand promising the kinds of performance figures that will hav legitimate supercars looking over their shoulders.

The brand is yet to detail exactly what is powering the Hummer, but it has promised 1000hp (745kW) and 15591Nm. Which is a lot. Enough, in fact, for GM to promise its new EV truck will be capable of demolishing the zero-to-60mph (around 96km/h) sprint in just 3.0 seconds.

The Hummer EV might be GM’s first push into electric trucks, but it won’t be the last, with the company ‘s boss – and former Holden managing director – Mark Reuss promises more all-electric utes to come.

“Through this investment, GM is taking a big step forward in making our vision of an all-electric future a reality,” he says.

“Our electric pick-up will be the first of multiple electric truck variants we will build at Detroit-Hamtramck over the next few years.”

There is now word yet on whether the Hummer EV will make it to Australia, but Holden here has show it’s more than willing to make a play for traditional American vehicles, including the new Corvette, which will land in Oz still wearing its Chevrolet badging.

So will the Hummer EV follow it to our shores? We’ll have to wait and see.