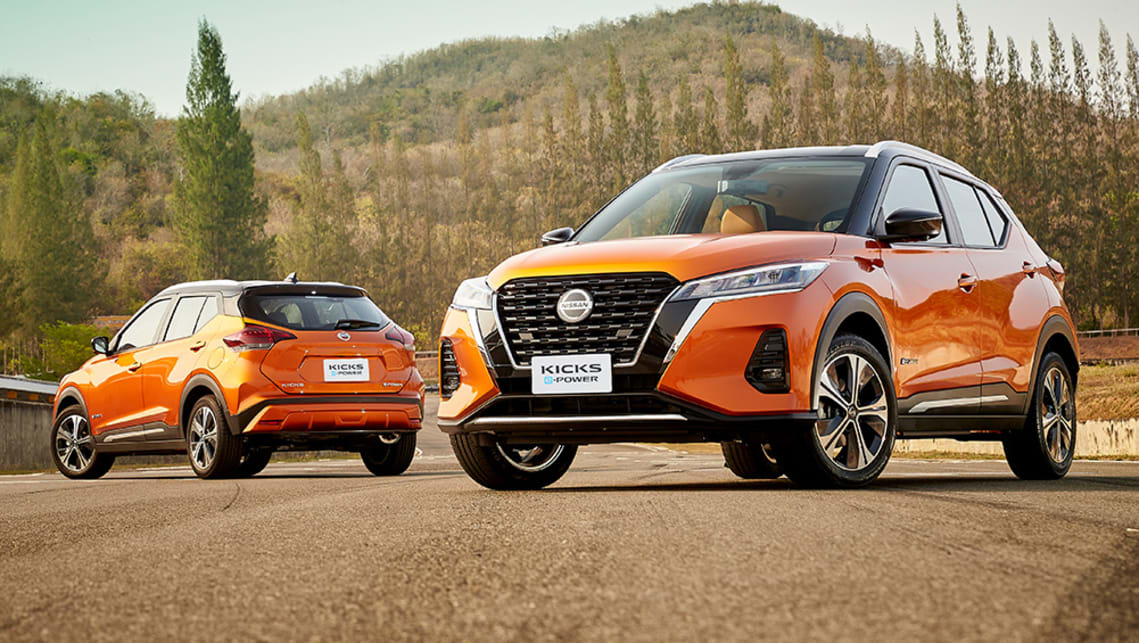 Would the new Nissan Kicks be a better fit for Australia than the 2020 Juke?

Nissan has launched the facelifted version of its Kicks small SUV in Thailand, but the new model will not come Down Under despite right-hand-drive production and a high-tech petrol-electric hybrid powertrain.

CarsGuide understands that the Kicks won’t arrive in local showrooms to bolster the Japanese brand’s line-up due to Nissan Australia’s high safety standards.

Instead, the light SUV segment will be filled by the second-generation Juke, due to be launched next month.

Adaptive cruise control and a tyre pressure monitor are also available as options, or on higher grades of the Juke.

The Kicks however, features Nissan’s e-Power range-extender drivetrain, which uses a 1.2-litre three-cylinder petrol engine to power a 95kW/260Nm electric motor that drives the front wheels.

One-pedal operation is also available in the Kicks, similar to the Leaf’s e-pedal option, allowing acceleration, deceleration and full-stop functionality with just the throttle.

Full specification details, as well as pricing, is expected closer to the Juke’s local launch, but for reference, the outgoing version kicks off at $23,490 before on-road costs and tops out at $41,490.