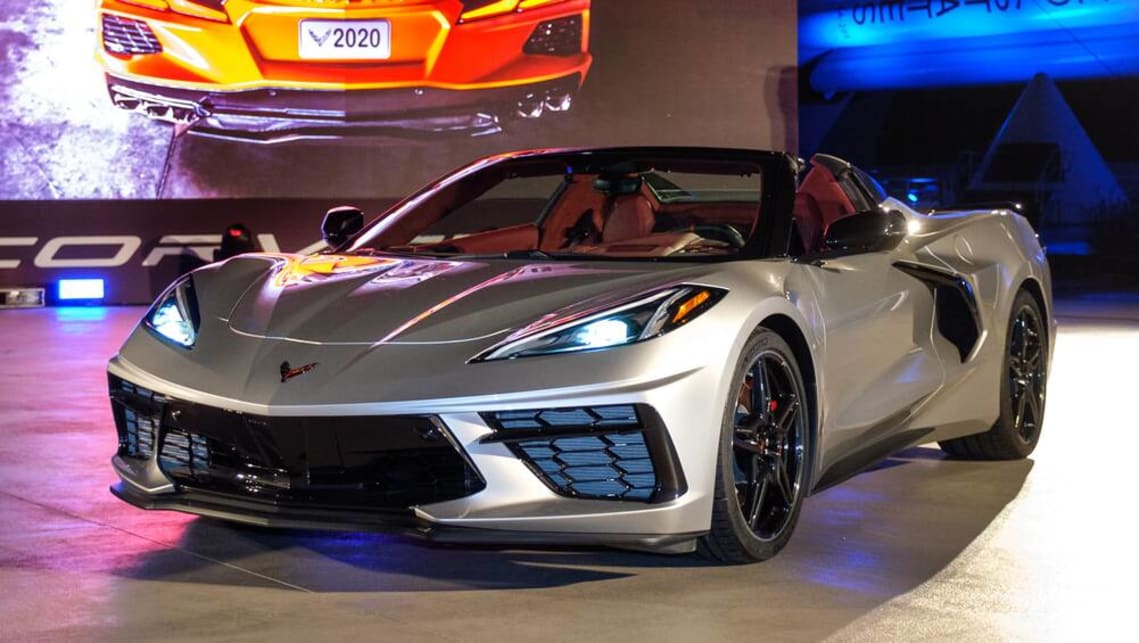 Will Holden bring the Chevrolet Corvette Convertible to Australia?

Chevrolet has ripped the covers off its new-generation, mid-engined Corvette Stingray Convertible, but does the confirmation of right-hand-drive (RHD) production lock in a Down Under arrival?

It would be natural to assume the Convertible will be shipped alongside its coupe sibling when the new Corvette hits Holden showrooms either late next year or early in 2021, but the brand is yet to verify if it will sell the folding hardtop version.

Holden has remained tight-lipped on its plans for the Corvette Stingray since announcing the factory RHD version will be offered in Australia, but CarsGuide understands its rollout strategy will be revealed by year’s end.

Either way, the Corvette Stingray Convertible shares many mechanical similarities to its coupe sibling, including the mid-mounted 6.2-litre petrol V8 producing 369kW of power and 637Nm of torque when fitted with a performance exhaust.

Differentiating the pair however, is the two-piece retractable hardtop in the convertible can be opened or closed in 16 seconds at speeds up to 48km/h.

With the roof stowed, the drop-top Corvette will still be able to swallow “two sets of golf clubs in the trunk even with the top down”, according to Chevrolet.

With six motors in place to operate the electronic roof mechanism, estimates put the Convertible around 35kg heavier than its fixed-roof sibling.

Combined with the fact that the Convertible with the roof up and the coupe share the same drag coefficient, expect to see the drop-top sprint from zero to 100km/h in around three seconds.

Air recirculation in the cabin is reduced thanks to a specially shaped tonneau cover, while a divider glass window can also be raised to further improve in-cabin comfort.

To manage the thermals of the mid-mounted engine with the roof stored, Chevrolet will build the tonneau from lightweight composite panels with heat shielding.

As standard, the roof will be matched toe the Corvette’s exterior colour, but can be optioned with a ‘Carbon Flash’ metallic finish.