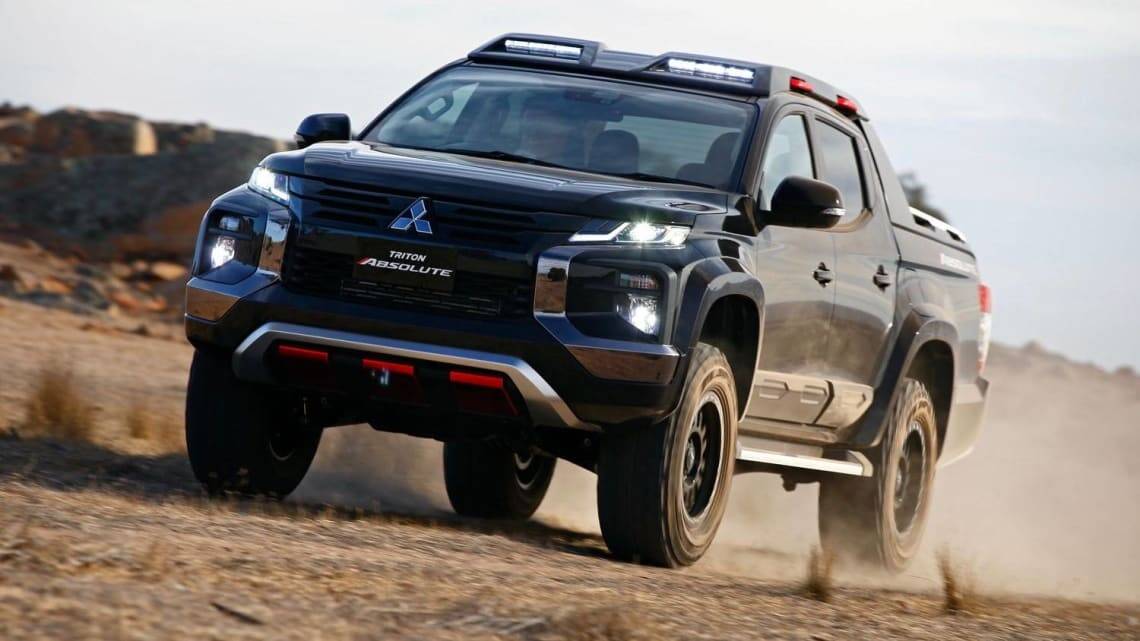 Why there WON’T be a Mitsubishi Triton Absolute: Brand told to find another name for its Ford Ranger Raptor rival

Mitsubishi won’t be launching the Triton Absolute in Australia, with our intellectual property office declining the brand’s attempts to trademark the name for its Ford Ranger Raptor rival.

Mitsubishi first unveiled the Absolute Concept at the Bangkok Motor Show in March 2019, before taking the hardcore Triton on a tour of Australia to gauge consumer and dealer feedback to the truck.

The Absolute’s flared front and rear arches, dark chrome accenting and badging, black grille, and carbon-fibre tailgate gave the tougher Triton the looks to take on the tough-truck segment, while under the skin, there was “upgraded” suspension that increased ride height by 50mm for improved ground clearance, more suspension travel, and front and rear skid plates, too. There was also a wider track to allow for heavy-duty off-road tyres.

While Mitsubishi never officially confirmed the Absolute for production, it did attempt to trademark the name with the Australian office of intellectual property, and promptly ran into an issue.

See, an existing battery company in Towoomba, Absolute Batteries, had already registered the name “Absolute” in 2016, and the registrar from IP Australia decided that, since the both operated in similar fields, the Mitsubishi claim would be blocked.

No agreement between the two parties couldn’t be reached, and so the descision spells the end of the Mitsubishi Triton Absolute, at least under that name.

The Japanese brand has since registered the names Triton Predator and Triton Tanami with the IP office, providing a major hint at what its new tough truck might be called.

“The Absolute was partly there to gauge customer reaction, but it was also put there to see if we could drive derivatives off this product. And we are doing that, we are creating derivatives from it,” the brand has told CarsGuide in the past.