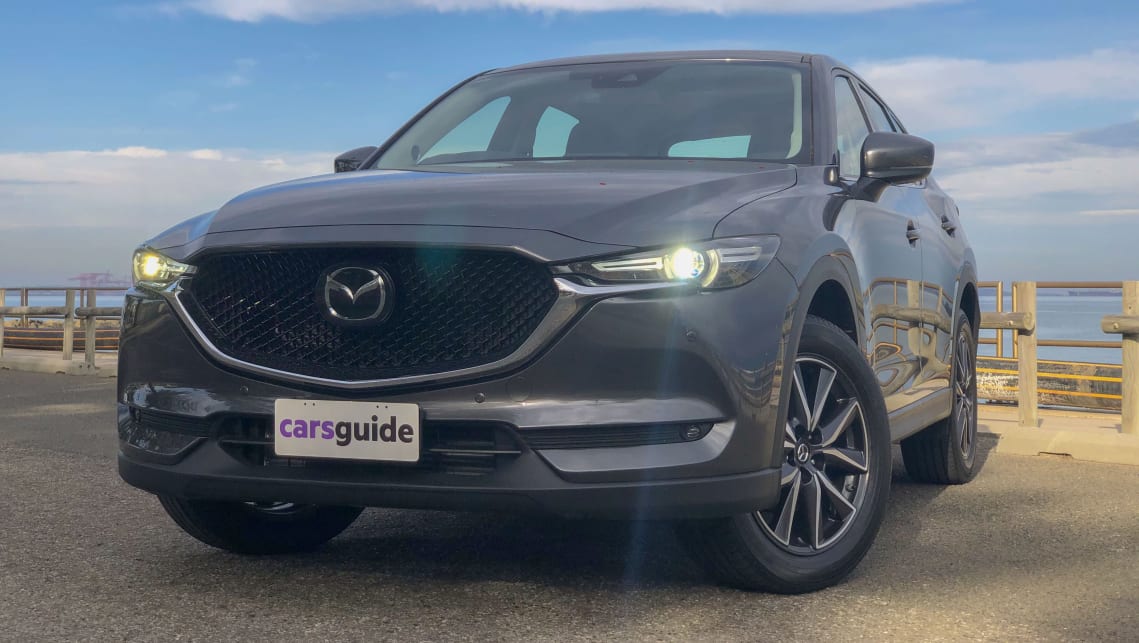 Why the Mazda CX-5 could be left behind its rivals

The current-generation Mazda CX-5 is likely to be left in the wake of its closest competitors over the coming years, as the company’s Australian arm has confirmed the new model is going to be delayed – possibly until 2023.

The confirmation of a delay comes after an earlier report that the next-generation CX-5 was going to be held up as it will be built on the company’s new large vehicle architecture, a platform that isn’t due to be available for several years.

At the launch of the brand’s all-new CX-30 model this week, Mazda Australia managing director Vinesh Bhindi confirmed the report from Automotive News in January will have an effect on the company’s future product cycle for the CX-5.

“Well, he said that architecture will be used for CX-5 and above, and it’s delayed because of the need to build or develop electrification technologies to go with it,” said Mr Bhindi.

When asked if that means there’s an expected delay on the replacement for the current CX-5 – which launched in Australia in 2017 and was expected to be replaced in 2022 – Mr Bhindi replied in the affirmative.

“When you say expected, based on the previous plan – it’s likely, yes,” said Mr Bhindi. “We’re okay with it, because in the end the CX-5 does very well in our market. We’ve got a good range of SUVs on offer, including CX-8 and CX-9.

“If the large architecture has been delayed for electrification technologies, it’s probably technology we want,” he said.

The report in January quoted Mazda’s global CEO, Akira Marumoto, as stating the new architecture allows for “an I-4 [in-line four-cylinder], an I-6 [in-line six-cylinder] and plug-in hybrid”, as well as “48-volt mild hybrid and SkyActiv-X”. That vast array of different options could allow Mazda Australia an assault on the mid-size SUV segment, if all the options were available.

“At the moment there’s no exact discussion on the shopping list, but if it’s all going to be developed and if it’s available, we will have to evaluate which works better for us,” said Mr Bhindi.

In the meantime, however, the competition is set to surge ahead.

There is going to be new versions of the Hyundai Tucson, Kia Sportage, Mitsubishi Outlander and Nissan X-Trail in the coming 18 months, all of which are expected to offer a variety of hybrid, plug-in hybrid and possibly full-electric options to customers. Downsized engines are also expected in some of these applications.

There’s also the all-new Ford Escape due soon, which will be the first Blue Oval model sold with a plug-in hybrid powertrain, and it will also come with downsized turbocharged engines.

Then there are the established players, like the Toyota RAV4 hybrid (and there’s a plug-in hybrid RAV4 Prime which won’t be sold here) and the just-released Subaru Forester e-Boxer hybrid, too.

And while all of that is occurring in the medium SUV segment, the CX-5 will be left to soldier on with the choice of three petrol engines (2.0-litre, 2.5-litre and 2.5-litre turbo) and diesel (2.2-litre turbo).

“We’ll have to see how it unfolds. Every company will have their plan, and they’ll roll out their wares and their technologies as they see fit. But we’ve got a plan, and our plan – as a corporation – is a bit different. We’re still trying to do a lot of work with internal-combustion engines alongside all the other bits.

“There’s more development coming along with [internal combustion engines], along with electrification, along with hybrid.”

In 2019, the CX-5 held the highest market share in the medium SUV segment, with more than 25,000 sales and close to 15 per cent of all sales. Mazda Australia marketing director, Alastair Doak, said the company is aware that the midsize SUV market is a vital part of the company’s business.

“We constantly survey customers to find out what makes them tick, and we’ve done that for a long time. But we’re not just sitting here going ‘oh, don’t worry about it’. We’ll listen to the marketplace, we’ll see what the trends are, and we’ll react to it.

“We’ve been successful at doing that for a long time, and that’s the plan.”

Mr Doak indicated that there’ll be a number of rolling changes to the CX-5, and possibly some more meaningful adjustments as the car ages, too.

“We’ve done a hell of a lot of upgrades on that car already, but yeah there will be a continuation on that basis – that won’t change. You can imagine we’ll do other things with it, absolutely.