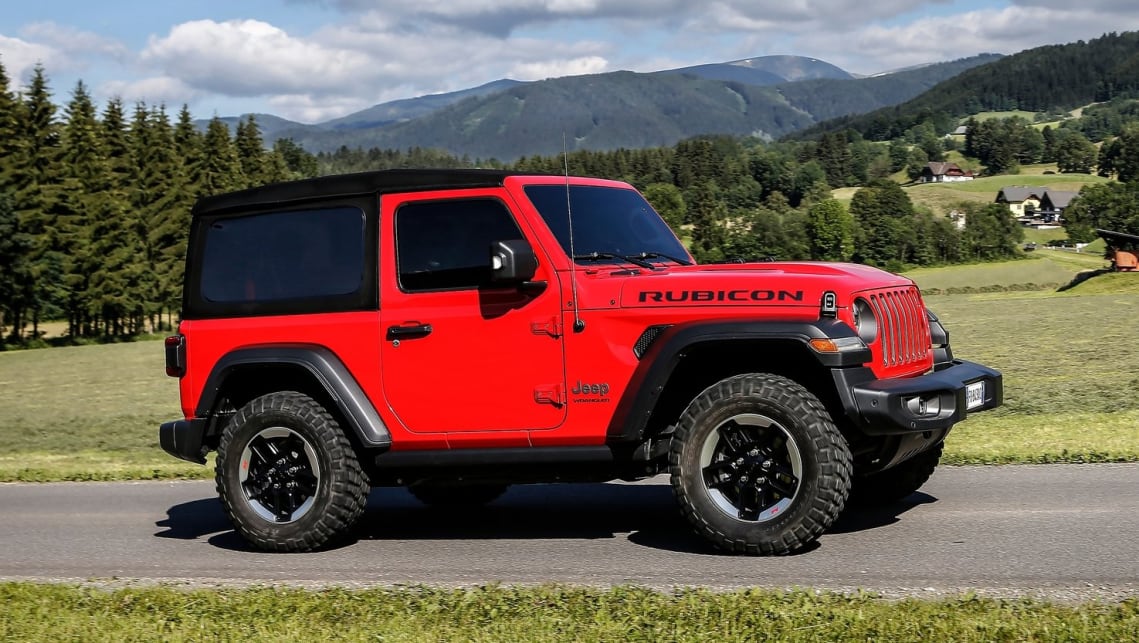 Land Rover’s Defender was the brand’s hold-strong classic, a characteristic it shared with Jeep’s Wrangler, but the two nameplates could be headed for distinctly different futures.

Both 4x4s were directly descended from each brand’s very first war-time vehicles, and although both have recently received all-new generations, the Defender has taken a radical evolution, while the Wrangler has stayed close to its original core.

In an interview with CarsGuide, Jeep global design boss, Mark Allen, shed a little light on how the Wrangler managed to remain the way it is.

The Wrangler has stayed close to its original core.

“The Wrangler is really protected inside the brand,” he explained. “We made the car more efficient and also held on to what we love about it. We can almost get whatever we want [when it comes to design].

“The aero guys always want to move [the windscreen] further. We did a study where we kept moving the windscreen back on drawings until everyone agreed it had gone too far – it wasn’t a Wrangler anymore. The front of the car is also a problem, we smoothed that out a bit, trimmed the edges, but still the Wrangler [shape] is really protected inside Jeep.”

When asked what he thought of the rival Land Rover Defender’s latest iteration, Mr Allen explained he was a fan.

“I like it. I know the issues they had to go through. I love Land Rovers and that concept, [the DC100] it didn’t get much respect and it looked a little toylike. I understand that, but I think the final design works really well.”

When asked if the Wrangler could undergo such a modernisation of its design, Mr Allen had some interesting thoughts on the differences between the two.

“It could… but we’re probably not going to [laughs] – the Wrangler and Defender have similar missions, but the Wrangler is essentially a convertible. Taking the doors off, taking the roof off. That makes it difficult [to modernise] design-wise. The Wrangler is probably closer to that original Defender now.”

But would the Wrangler’s fans ever forgive the brand? Mr Allen thinks the 4×4’s fans evolve over time with the product, but that doesn’t necessarily mean that the Wrangler could be the brand’s only hardcore product.

The Wrangler and Defender have similar missions, but the Wrangler is essentially a convertible.

“When you get such a large group of people – they all have different needs. Maybe Wrangler stays and something else comes in. I don’t know, we do a lot of war games.

“Wrangler was originally a two-door; now we have the four-door, the Unlimited, the two-door has become the smallest seller. And look at pickup trucks as another good example. You can barely sell two-doors now. So, I think it’s fair to say that fans change along with the product.”

Is evolution inevitable for the Wrangler though? Electrification has become much more important over the years, and up until now, the two previous Wranglers, the JK and TJ lasted roughly 10 years. Will the Wrangler really look the same in 2028? Mr Allen shared his thoughts.

“We don’t set sail over 10 years, but you’re right, the Wrangler is like a pickup truck, it’s a 10-year vehicle. Will that timeline shorten up? Maybe… When you talk that far in the future though it’s the whole brand, not just one car… I think you’ll see much more interesting things out of the rest of the Jeep range first…”