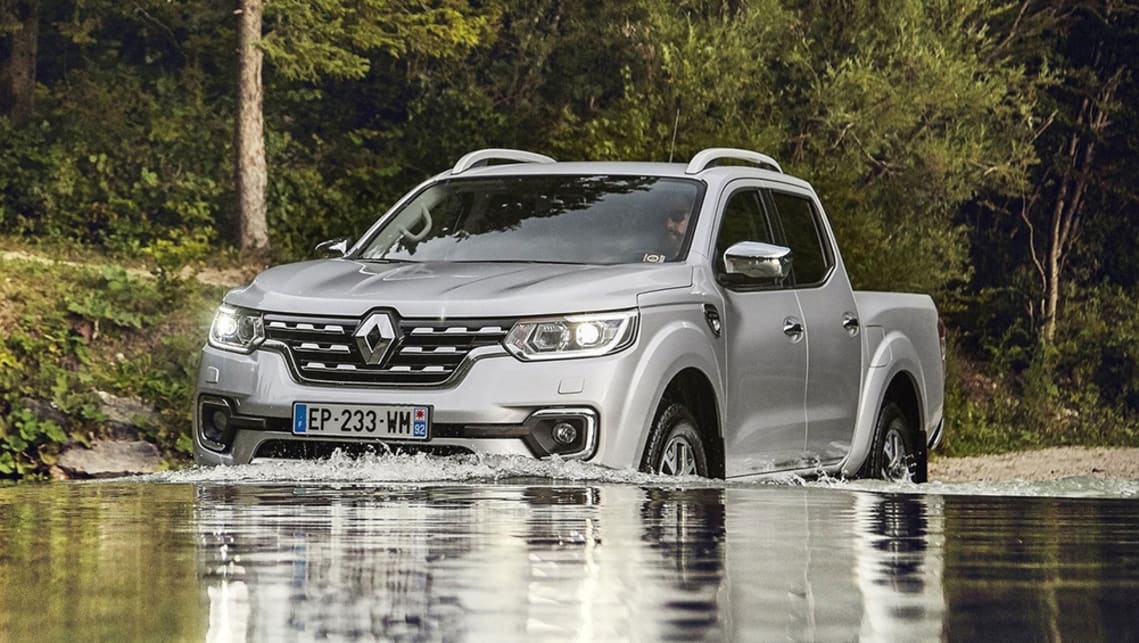 Despite wanting a dual-cab ute on showroom floors, Renault Australia has confirmed the current version of the Nissan Navara-based Alaskan is now off the table.

There are many factors at play, but the main one is making the Euro-styled pick-up price competitive, as it has to compete with Thai-built versions of local favourites like the Mitsubishi Triton, Ford Ranger and Toyota HiLux.

While the Alaskan won’t suffer from right-hand-drive conversion costs as it is built in that configuration already, it will suffer from having to be shipped all the way from Spain where it is currently built for the European market.

While the odds of the current Alaskan making its way to Australia is slim, all eyes will be on the next-gen ladder chassis being developed for the upcoming Triton and Navara.

But that’s not quite the whole story. The brand has wanted to bring the Alaskan to our dual-cab-obsessed market for some time, and has gone on the record before saying it was working towards a solution.

Now the truck may be stuck in a similar to the situation which prevented the Kadjar from launching until 2019, despite its international release in 2015.

“We looked into it and we couldn’t get the car we wanted out of the factory,” he said. “Local development costs to achieve the right spec for Australians would have added too much to the price.”

Mr Clercin said that the Australian division would “continue working with head office”, and if the right truck could be built, the brand would “absolutely” offer it.

The Alaskan won’t suffer from right-hand-drive conversion costs as it is built in that configuration already.

“We know it’s the biggest market segment in Australia, having a pick-up for the Renault brand makes sense,” he said.

That change could be as simple as a different engine, but Mr Clercin echoed the brands earlier comments that a Renault dual-cab would have to be highly specified to differentiate itself from more mainstream competitors.

While the odds of the current Alaskan making its way to Australia is slim, all eyes will be on the next-gen ladder chassis being developed for the upcoming Triton and Navara in the Renault-Nissan alliance.

No brand is currently giving much away on the status of the next-gen utes (despite the current D23 Navara’s relative age), but Renault’s Australian division will be the first to put its hand up for a version developed for our market when and if the time comes.