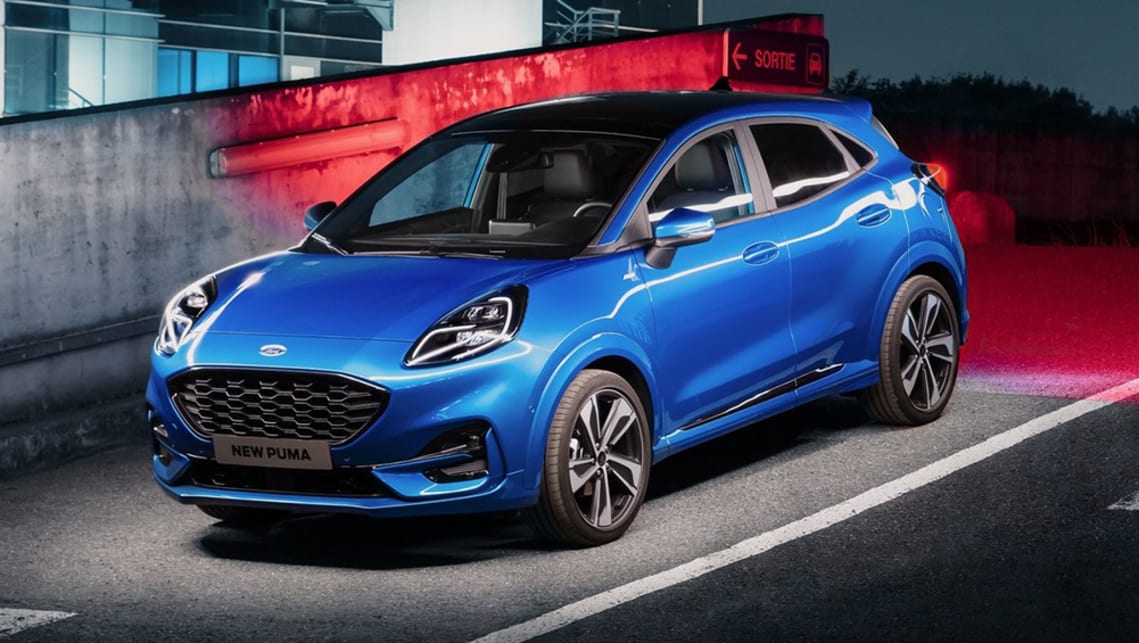 Ford needs a big hit right now – and preferably one without a badge spelling out Ranger across the tailgate or featuring a silhouette of a mustang – to stop a two-decade-long sales slide in Australia, and the imminent Puma might just be it.

Due in September as the direct replacement for the already-forgotten EcoSport, both old and new Ford crossovers are based on the same Global B-Car platform that underpins the Fiesta supermini, so actually share significant mechanical and structural components.

However, that’s where the similarities end.

For starters, the JK-series Puma’s design and presentation could not be more different than the EcoSport, since the old car was created as a hardy, practical and inexpensive small SUV from Brazil (though ours were built in India) for emerging markets, while its replacement is altogether a more sophisticated and high-tech head turner from Germany (via Romania) with premium aspirations.

Speaking of premium, with a starting price of $29,990 before on-road costs, the base Puma is some $7200 more expensive than the base EcoSport Ambiente, but then it brings a much higher level of specification that elevates the Ford from Mitsubishi ASX alternative also-ran to a Volkswagen T-Cross and soon-to-be-reborn Peugeot 2008 rival.

What all this means is that Ford Australia is finally recognising what Australian consumers really want, because the Puma hits the market succinctly and squarely where buyers are or intend to be – in a growing (or, in this COVID-19 world, not free-falling) segment.

The last time this happened with any degree of longevity for the Blue Oval brand was when the Territory was released in the mid-2000s. Ranger and Mustang aside, every single Ford released since then – from Fiesta, Focus and Mondeo to Kuga, Escape, Endura and Everest – has not sold as strongly as intended.

Puma, then is in the hot seat to pounce, and hard. In the first half of 2020, smaller SUV sales remain relatively steady (down a handful of percentage points against an industry average of over 20 per cent), as small car buyers continue their migration to an ever-increasing choice of higher-riding vehicles like the Mazda CX-3, Mitsubishi ASX, Toyota C-HR, Volkswagen T-Cross and – very soon – the Puma.

Thanks to Ranger (and unexpectedly Transit – another of the brand’s Euro offerings), Ford sales this year are actually only slightly under the industry average decrease (down 18.7% versus 20.2%) year-to-date, when key competitors like Hyundai, Honda, Mitsubishi and Mazda are suffering worrying dips of 30 per cent or more. Of the other mainstream players, only Kia (-17.5%) and Toyota (-6.7%) have fallen less.

Finally, like Mustang, the Puma is the one Ford that can capitalise on a racing/competition program to help give it greater cut-through among a substantially broader demographic than small SUVs usually manage (that is, younger as well as male buyers).

This is thanks to the hotly-anticipated WRC World Rally Championship campaign earmarked from 2022, which will replace the successfully contested Fiesta that won the Manufacturers and Drivers titles in recent years, and helped to stoke interest in the Fiesta ST .

And speaking of Ford’s performance hot-hatch, there’s a small chance that the much-speculated Puma ST may come to Australia, building on the pocket-rocket supermini’s reputation, playing to the strengths of the company’s long-established credibility for building driver’s vehicles, while giving consumers greater choice as well as excitement in what can be a pretty dreary segment.

Ford, then, has everything to gain if it chooses to promote and market the Puma correctly. The car is right, the specification is more-or-less spot-on and the market is hungry.

A cat among the small SUV pigeons? Let’s wait and see. Now, more than ever, Ford cannot afford yet another under-achiever.