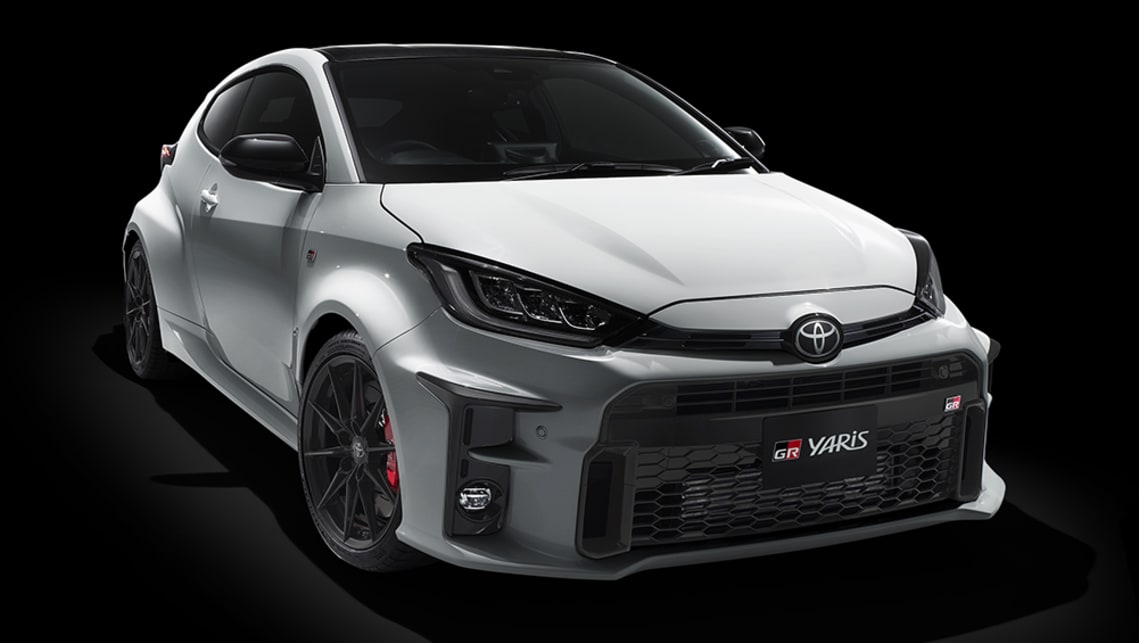 Why it might be worth waiting to buy a hot hatch: New Hyundai i30 N, Volkswagen Golf GTI, Toyota Yaris GR and more coming soon

It’s a good time to be a hot hatch fan. That’s because a raft of new or upgraded models are headed our way in the next 18 months that should have everyone covered.

All of the biggest names in the segment are coming soon (although Subaru WRX fans will have to wait until 2022) with fresh products to give the market a major boost.

Here’s what you can expect to choose from when you decide to go hot hatch shopping.

The Blue Oval got the ball rolling in the hot hatch segment with the new-generation Focus ST earlier this year.

It’s already had a slight price increase – to $44,690 plus on-roads – but that will buy you either the manual or automatic version.

The arrival of the seven-speed auto is big news for Ford, broadening the audience for the brand’s hot hatch. It’s powered by a new engine too, a slightly detuned version of the 2.3-litre four-cylinder turbo from the previous generation Focus RS, making 206kW of power and 420Nm of torque.

The Japanese giant has given its outrageous-looking hot hatch an upgrade for 2020 and tried to sharpen its already razor-shape handling with a number of tweaks.

The engine is unchanged, but didn’t really need any attention as the 2.0-litre turbo four-pot already makes 228kW/400Nm.

There’s a number of other small changes to the engine cooling, front splitter and cabin. There’s also a price increase too with the latest model now $3000 more expensive, starting at $54,990.

Let’s get the bad news out of the way first. Initial rumours that Toyota’s long-awaited hot hatch could cost more than $50k appear to be on the money given the steep price rise for the rest of the Yaris range.

While we’ll have to wait a few more months before the Yaris GR hits showrooms in the final quarter of the year, there’s plenty of good news surrounding the car.

For starters, it means business. Toyota has used it to homologate its new World Rally Car so it features a bespoke body that’s both wider and lower than the regular Yaris. It’s also powered by a new 1.6-litre three-cylinder turbocharged engine that may sound small, but will still pump out 200kW/370Nm. And it will have a six-speed manual transmission (purists rejoice) and all-wheel drive.

There’s even been talk that the Performance Pack – that adds mechanical limited slip diffs and Michelin Pilot Sport rubber – is back on Toyota Australia’s radar after initially ruling it out. However, that won’t be available until sometime after the initial launch.

If it does end up costing north of $50k that will put it in competition with the likes of the Civic Type R and next-gen Volkswagen Golf R but, on paper at least, it should be able to hold its own.

While the Toyota Yaris GR goes hunting the bigger hot hatches, Hyundai will launch a rival to the likes of the Ford Fiesta ST and Volkswagen Polo GTI.

Having decided to ditch its legacy of cheap city cars following the demise of the Accent, Hyundai Australia’s only compact passenger car will be this new hot hatch. Like the Toyota, it’s inspired by the company’s WRC entry, but it won’t get all-wheel drive or a unique body.

What it’s likely to have is a 150kW/265Nm 1.6-litre turbo four mated to a six-speed manual gearbox driving the front wheels. If that sounds familiar it’s because it’s the same powertrain found in the Veloster Turbo and i30 N-Line; which means it’s possible a seven-speed dual-clutch auto could be fitted.

Unlike those models, the i20 N is expected to get a completely overhauled chassis and suspension set-up in order to make sure it lives up to the standard set by the i30 N.

Expect to see it hit showrooms in early 2021 with a price around the $30k mark to compete directly with the Ford and VW.

And speaking of Hyundai hot hatches, the i30 N will get its first major update after more than three years on sale. The i30 N is getting upgrades to the engine, chassis and design as part of the mid-life changes to the entire i30 range.

While it’s speculation at this point, expect changes to the 2.0-litre four-cylinder turbo to bump power from its current 202kW. What is known for certain is the engine will be available with an eight-speed dual-clutch transmission for the first time.

The new gearbox, dubbed N-DCT, will offer a range of driving modes (with fun names including N Grin Shift) to maximise the performance potential of the engine.

It’s not just the hatchback that will be updated too, with the i30 Fastback N also getting the treatment. And there’s also talk that the Elantra-replacing i30 Sedan could get the full N treatment too (in addition to the recently unveiled N-Line variant).

Both (or perhaps all three) i30 N options will hit our streets by the middle of next year, a slight delay from its original planned launch by the end of 2020.

While there may be more challengers these days, the original hot hatch isn’t about to back down from the fight. The German giant will unleash the latest generation Golf GTI early in 2021 with an evolution of the formula that has made it a success since 1975.

The eighth-generation will retain a 2.0-litre turbocharged four-cylinder petrol engine making 180kW/370Nm. That’s well down on most of its key rivals but does leave space for more potent special editions along the way – something that has become a Golf GTI trademark in recent years.

It will come with a choice of six-speed manual or seven-speed dual-clutch automatic, which has been one of the main reasons for its widespread appeal; and why its rivals have added two-pedal options. All Australian models will also be equipped with a limited-slip differential as standard.

Expect pricing to be revealed closer to its launch date, so stay tuned for details.