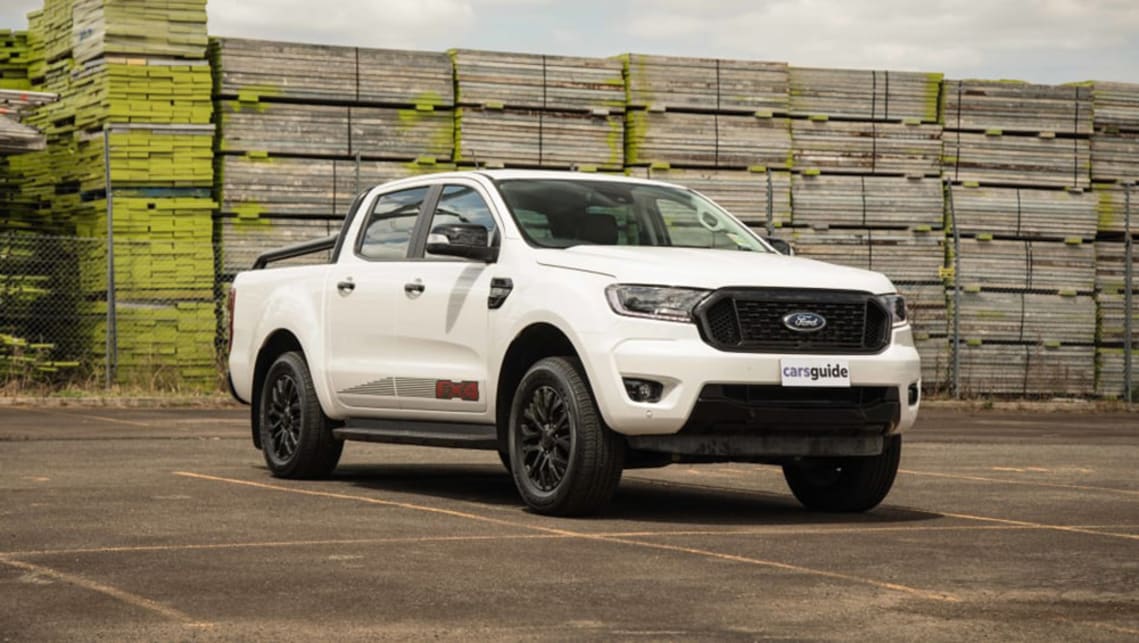 Ford’s transition from a manufacturer to full importer has been a success on the surface. Whereas it was once seen as the ‘Falcon Car Company’, the success of the Ranger ute has helped sure up its short-term future.

The arrival of the Mustang helped too, not only satisfying a pent-up demand for the iconic pony car, but also giving the brand a public image boost at a time when it most needed it. Bringing Mustang to Australia, as a factory right-hand-drive product, made a clear statement that Ford was here to stay.

But sales of the Mustang were down almost 40 per cent in 2019, and an all-new Ranger is due in 2021 – and if it has the bold look seen in previously leaked spy shots, it could polarise the market. So, Ford cannot afford to rely too heavily on these two models to prop up its local success.

That’s largely the case at present, however. The Ranger was far and away its best-seller in 2019 – raking up 40,960 sales. The next best? That was the Everest on 5333, then the Mustang on 3956. While that’s a good result for the Mustang, it’s not a great sign that a two-door sports car outsells its very good Focus small car and EcoSport, Escape and Endura SUVs – given sales of SUVs are booming and small cars remain popular.

It’s not unsurprising though when you consider both the EcoSport and Escape are older models, and the good news for Ford is all-new replacements are on the way for both. That could be very good news for the blue oval, because if it can price and market them well, they represent a huge opportunity for growth.

The new-generation Escape has quite the task ahead of it.

The new-generation Escape isn’t due until the third quarter, but it has big potential for the brand in a segment it has under-performed in. To be blunt, the only way is up for the Escape, with the current model finishing a distant 12th in the mid-size-SUV sales charts in 2019 – selling just 3326 examples compared to the segment-leading Mazda CX-5 with 25,539 sales.

The new Escape has a fresh look, new underpinnings and powertrains which include a plug-in hybrid model for the first time. While it will be priced higher than the outgoing model, Ford is optimistic that it will appeal to a larger audience. Ford Australia president Kay Hart acknowledged the potential for Escape.

“Biggest segment in the market,” she told CarsGuide. “So we’re looking forward to an all-new Escape – first PHEV for us coming into the market. We’ll have a lot of learnings as we bring that first PHEV to market. But that’s another exciting market for us.”

She added: “There’s definitely potential to grow our share in that segment. With an all-new model, with an PHEV offering and we’ll see what customers say. Ultimately customers will do the talking, but there’s definitely room for us to grow.”

Equally important, in terms of its potential, is the all-new Puma compact SUV. Ironically Ford was one of the first brands to capitalise on the growth of the baby-SUV segment, but its offering, the EcoSport, failed to lure buyers. With the slightly bigger, more polished Puma, Ford has the potential for significant growth in a segment where it only 481 of the 122,814 small SUVs sold in 2019.

“We love the EcoSport, it has done its job for us, [but] clearly that segment has evolved over time,” Hart claimed. “We believe Puma sits within that segment now and the great competitors we have in there. It’s a slightly bigger vehicle – it sits in between EcoSport and Escape – so it’s a different offering to what we have, and it’s a great looking vehicle and a very competitive package that we’re bringing to market, so we’re excited for it.”

The Mustang R-Spec represented a return to form.

While the Ranger was beaten to second place in the February sales figures, it only dropped to third place and is still selling strongly. In fact, in a softer market, its sales were down only 5.2 per cent compared to more than 22 per cent for its arch-rival, the Toyota HiLux.

With the new Ranger not due until next year, the current model isn’t showing any signs of fading away, which is another plus for Ford.

Another good sign for Ford Australia is the success of the locally driven Herrod Performance Mustang R-Spec project. When faced with the need for boost (both in terms of performance and image) as Mustang sales began to wane, the local division didn’t give up when the Shelby GT350 was denied for Australia.

Instead, they found a way to do something similar itself – creating local jobs in the process and celebrating Australian know-how from Herrod.

It speaks to a positive attitude from Ford Australia and a willingness to think outside the box … which might be just what’s needed to create the highly anticipated Ranger Raptor V8.

If it continues along this path Ford should have blue skies ahead.