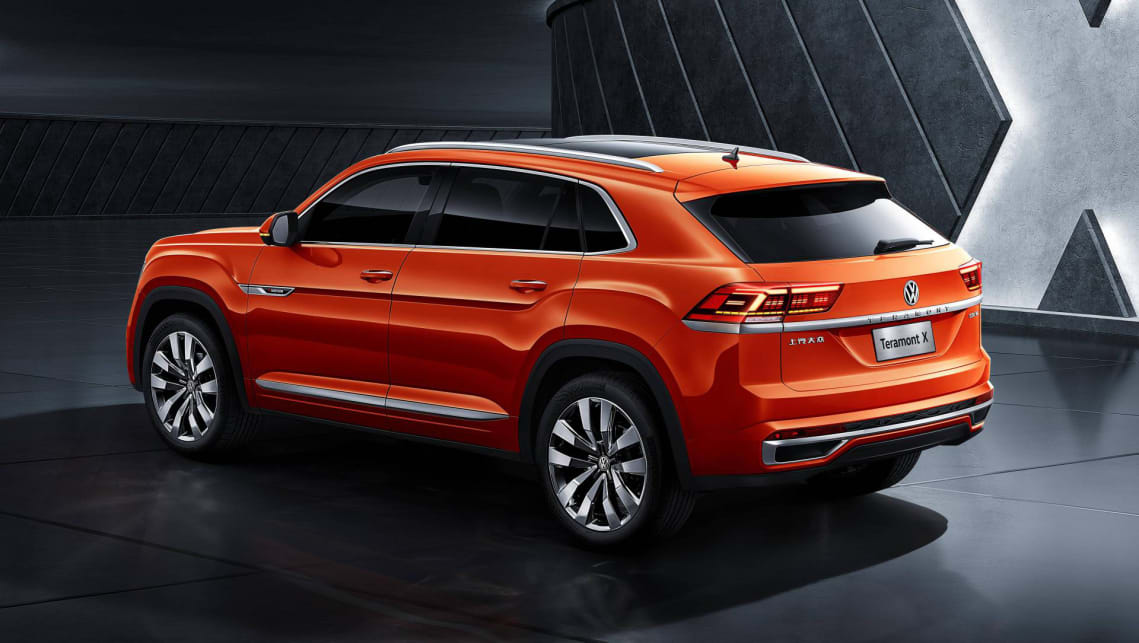 Why Australia misses out on these Volkswagen SUVs

Australia gets a lot of cars, some coming a long distance just to grace our shores and compete in one of the world’s most hotly contested markets.

We’ve talked before about some of the cars that are made in right-hand drive pretty much just for us, but there are always some good things that we’ll miss out on.

Volkswagen, for example, has a much more diverse range of SUVs than its local range would suggest, and while we’re finally getting the T-Roc and T-Cross small SUVs several years after the rest of the world, there are some surprising spin-offs that we’ll continue to miss out on for some time yet.

Volkswagen Australia’s spokesperson, Kurt McGuiness, explained that while the company currently has no plan to expand its SUV offerings, the learnings it gains from the sales split of the just-launched T-Roc and T-Cross duo could affect what comes in the future.

“The T Roc is a coupe SUV … we could look at other variants open to us further down the track. If there’s a market for that coupe-like SUV body-style. we’d definitely look at it,” he said, noting that when it comes to SUVs, the brand understands “practicality and boot size is a high consideration for [Australian] SUV buyers”, features that are notably compromised by coupe rooflines.

With that in mind, let’s take a look at some of Volkswagen’s international SUV range, so you can decide for yourself if they would be a good fit for the Australian market.

The Nivus is essentially a coupe version of the T-Cross.

Essentially a coupe spin-off on the T-Cross formula, the Nivus was developed in Brazil for the South American market, where VW has some serious history.

The Nivus is just the latest in a slew of Latin-American exclusives, but VW reportedly has big plans to bring the model across to Europe in the second half of 2021.

Built for developing markets or not, the Nivus is still capable of having all the latest VW gadgetry, including a digital dashboard, the latest multimedia suite (integrated within the dash, no less) and a familiar 1.0-litre three-cylinder TSI engine (Latin-America gets its own ethanol version).

Much like its T-Cross sibling, the Nivus is a strictly front-wheel-drive affair, and alluding to its European-market future, is capable of supporting advanced safety features like auto emergency braking.

The Tayron X is a dashing mid-sizer which sits below the Tiguan in VW’s Chinese line-up.

Did you know Volkswagen now sells more cars in China than it does anywhere else? The brand says it delivered 3.2 million new vehicles to Chinese customers in 2019, and somewhat unsurprisingly its range is so expansive in the country that it is almost mind boggling.

And nowhere has a taste for SUVs like China, which is why VW has an SUV that it sells nowhere else, the Tayron, and its surprisingly attractive coupe spin-off, the Tayron X.

The Tayron sits below the Tiguan in VW’s Chinese range, although it is still larger than the T-Roc that sits below. The Chinese-market exclusive is built as part of VW’s joint-venture with local manufacturer FAW (First Auto Works).

Would Australia want a Tiguan with a coupe backside like the Tayron X?

Volkswagen will also offer a PHEV ‘GTE’ variant of the Tayron soon, which pairs a 1.5-litre engine to an electric motor for fuel usage as low as 2.0L/100km according to overseas media. The brand is notably skipping such hybrid technologies for the Australian market in favour of its I.D. fully electric range.

Could Australia be getting a giant new VW seven-seat SUV in the future?

Volkswagen’s largest SUV internationally, the Atlas was built off the brand’s MQB architecture to be its hero product in the US market. Off the back of relative success there, it has added an international variant for the Middle East and China, the Teramont.

The Atlas differs from its lead SUV in Australia and Europe, the Touareg, through offering seven seats and a blockier, more traditionally SUV-like body-style.

The Atlas is available with a coupe rear in both markets, closer to the Touareg, known as the Atlas Cross Sport in the US, or Teramont X in China.

A range of engines and transmissions are available, from a 2.0-litre turbo front-wheel drive to a 3.6-litre V6 four-wheel drive, depending on the market.

Volkswagen is notably missing a seven-seat large SUV in our market (although the seven-seat Tiguan Allspace is available), with the brand stating it would love to have the Atlas, perhaps for its second generation due in 2022 or 2023.