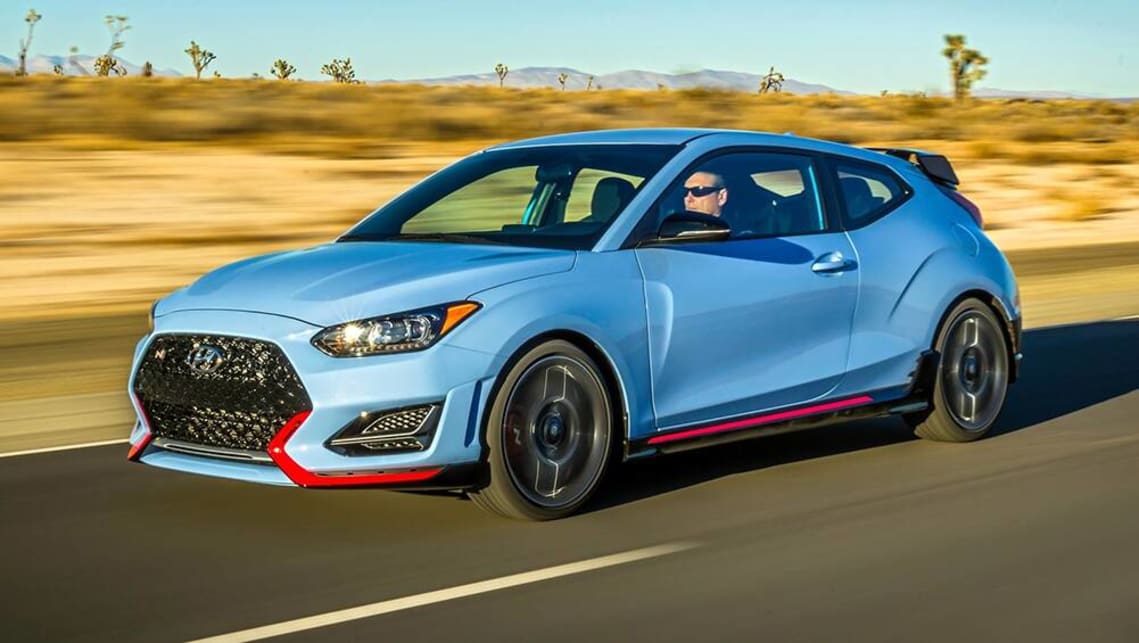 Hyundai is busy preparing a new eight-speed dual-clutch automatic transmission that will arrive in its red-hot N models from next year.

This week saw a short video of the Veloster N with the new two-pedal layout, which is expected to be an eight-speed wet-clutch unit and will also find its way into the i30 N hatchback and i30 Fastback N in early 2021.

However, the Veloster N remains off the table for Hyundai Australia despite the success of the N performance models, the availability of the regular Veloster model and the local operation’s interest in adding the quirky four-door hot hatch.

The current Veloster and Veloster Turbo models were engineered especially for Australia, which required altering the body to swap the unique asymmetrical door layout.

“We did push very hard to get right-hand-drive production (of Veloster N), but ultimately it was not possible,” a Hyundai Australia spokesman told CarsGuide this week.

The problem lies in the engineering cost of creating a right-hand-drive (RHD) Veloster N, because Australia is the only RHD market in the world to offer the Veloster in any specification; it’s only sold in South Korea and the USA in left-hand drive.

The current Veloster and Veloster Turbo models were engineered especially for Australia, which required altering the body to swap the unique asymmetrical door layout – with the driver’s side having one door and the passenger side having two.

The additional costs of adding the N performance powertrain were too much for Hyundai to justify, especially with the i30 N and i30 Fastback N already on offer in the Australian market.

The good news for local Hyundai fans is the new dual-clutch transmission is confirmed for Australia and will be available in the upgraded i30 N and i30 Fastback N. It won’t be the only change to the brand’s performance pair, with more power and updated looks also expected for the facelifted model.

But the i30 N won’t be the first Hyundai to feature the new dual-clutch transmission, with CarsGuide sources telling us that the all-new Sonata N-Line, due to hit local showrooms in the second half of 2020, is expected to debut the gearbox.

Expect an eight-speed wet-clutch auto to find its way into the 2021 i30 N hatchback and i30 Fastback N.

CarsGuide has also learnt that plans for an expanded N performance range are gathering pace. Our recent report on the rendering of a potential i30 N Sedan has been strengthened by a leaked Hyundai presentation that appears to confirm the addition of the four-door model.

It’s too early for Hyundai Australia to comment on the car but it’s believed the local operation is considering adding the sedan alongside the hatch and Fastback when it becomes available.

It would join the all-but-confirmed Kona N and i20 N in an expanding high-performance range for the brand.