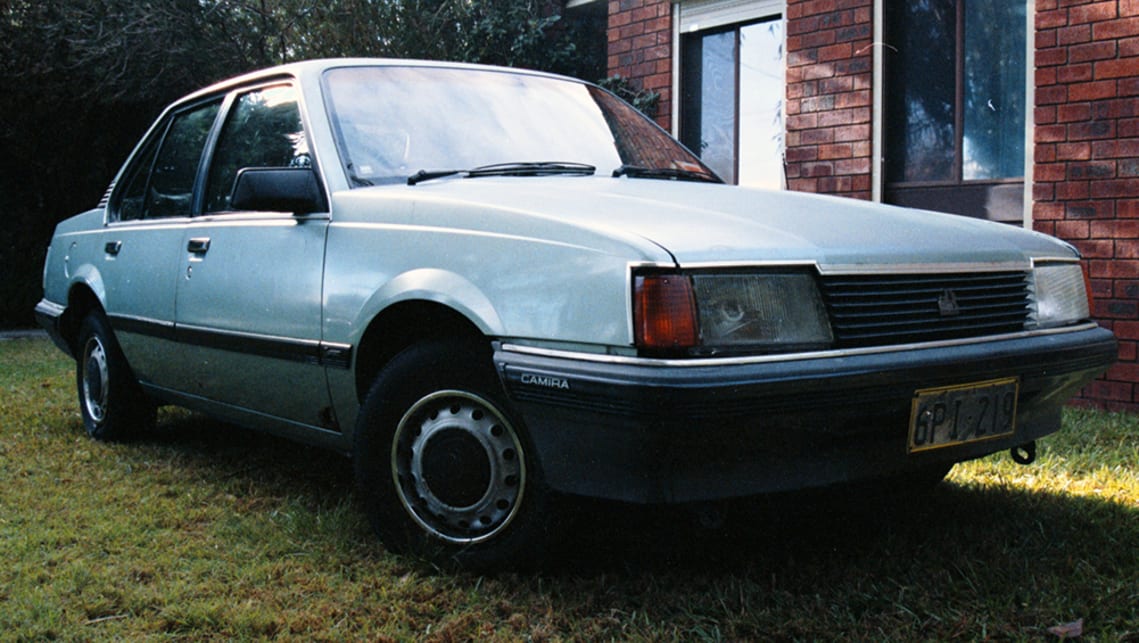 Which classic Holden cars should you avoid?

As much as we loved the brand and the vast majority of the cars it produced, like any carmaker, Holden was capable of getting it wrong.

Hilariously wrong in some cases and hopelessly wrong in others. Sometimes it was technology that tanked, other times the marketing or quality was to blame.

But whatever the cause, these are – in no particular order – Holden’s most forgettable cars and most memorable belly-flops.

You could see where Holden was going with this one: Take a family car and fit it with a four-cylinder engine to boost fuel economy in the face of an impending oil crisis. The theory was fine.

But the execution was dreadful. Instead of buying a batch of engines from, say, Toyota or Nissan, Holden went its own way, slicing two cylinders off its six-cylinder to arrive at the Starfire 4, soon to be renamed in schoolyards everywhere as the Backfire 4.

As well as being a harsh, rough little motor, it made a piddly 58kW (on a good day) and just ruined the otherwise quite good Commodore into which it was plonked.

But here’s the killer-punch: The thing was so underpowered it needed to be driven flat-out everywhere, so its real-world fuel economy was really no better than a six-cylinder Commodore.

The Camira experience should be turned into a textbook for design, engineering and marketing students on how to get it wrong. Despite a capable chassis at its heart, the Camira just didn’t survive the translation from GM’s world car (the J-body as it was known) to living in Australia.

The engine was wheezy when teamed with the automatic transmission Aussies loved so much, and the Camira demanded to be driven with authority, something that was a bit alien to local drivers.

But worse, it soon developed a reputation for engines dying early, bodies rusting in the warranty period and interiors falling apart while you drove. No tears at the funeral when Holden buried the corpse just seven years later.

The first Holden Gemini was the right car at the right time for young Holden buyers. But eventually, the world caught up with the old-school rear-wheel-drive packaging of the Gemini and Holden knew it had to bring on a more modern contender.

That concept was fine. The choice of the RB Gemini as the car in question was not. Another global-car, the RB Gemini proved that what works elsewhere in the world, doesn’t always make the cut here.

The RB was Holden’s first attempt at building a compact front-wheel-drive car. And it showed. And despite being built alongside the Commodore in Adelaide, there was a perception that it wasn’t a proper Holden. But the even bigger problem? The RB Gemini was a small sedan when it should have been a hatchback!

Despite the enormous cost of tooling up for production, Holden quietly discontinued the RB in 1987.

Take a Holden Gemini, paint it with Superglue and drive it though a Two-Dollar shop. The Piazza is what you’ll end up with.

Fundamentally, a rear-drive Gemini with a swoopy, Italian-designed body and a turbocharged engine, the Piazza could have really been something. Something other than a train-wreck, that is.

But the sudden-death power delivery and sketchy handling made the thing a liability on a wet road and a proper handful even in the dry.

Then there was the price: Holden began charging mid-30s for the Piazza but it soon became apparent they were going to sit around dealerships like homeless dogs at that price. So, Holden took the axe to it and sliced the price to $29,000, and wrote a $5000 cheque to everybody who’d already bought one. Ouch!

New pollution laws came into effect mid-way through 1976, effectively forcing new cars to consume a percentage of their own exhaust-gas in the name of clearer skies.

There were several ways to achieve this, but they required money and effort, something that Holden either didn’t have or didn’t want to spend at the time.

So, the resulting engines for the HX model Holdens were strangled, breathless things that wheezed along in the slow lane, dropped a heap of performance and consistently ran hot. Wrong time, wrong place for the HX.

The real irony is that the ADR-compliant engines used a lot more fuel than their older, dirtier, counterparts in the process of going slower.

Holden saved a few development bucks with the HD by using the previous model EH’s footprint and large bits of its floorpan. At the same time, though, Holden wanted to make the HD bigger in every direction, which is why it ended up with the muffin-top look where the body is bulging out over its wheels.

But plonking a wider, longer body on a small footprint also meant that there was some serious fabrication going on underneath, and the crazy box-sections and metal folds that resulted were perfect rust traps.

Some cars back in the 50s and 60s had rust as a factory option; in the HD, it came standard across the range.

The HK Holden line-up of ‘68 was full of highlights; the Monaro, the first V8 engine. But the Brougham was not among them.

Aiming to grab a slice of the upmarket motherlode Ford was successfully mining with its Fairlane model, Holden took a HK Premier and stretched it. Sort of. But instead of adding meat between the axles for a huge rear seat, Holden took the easy way out and just tacked on a bigger boot.

The end result looked odd, smelled of cynicism and fooled precisely nobody.