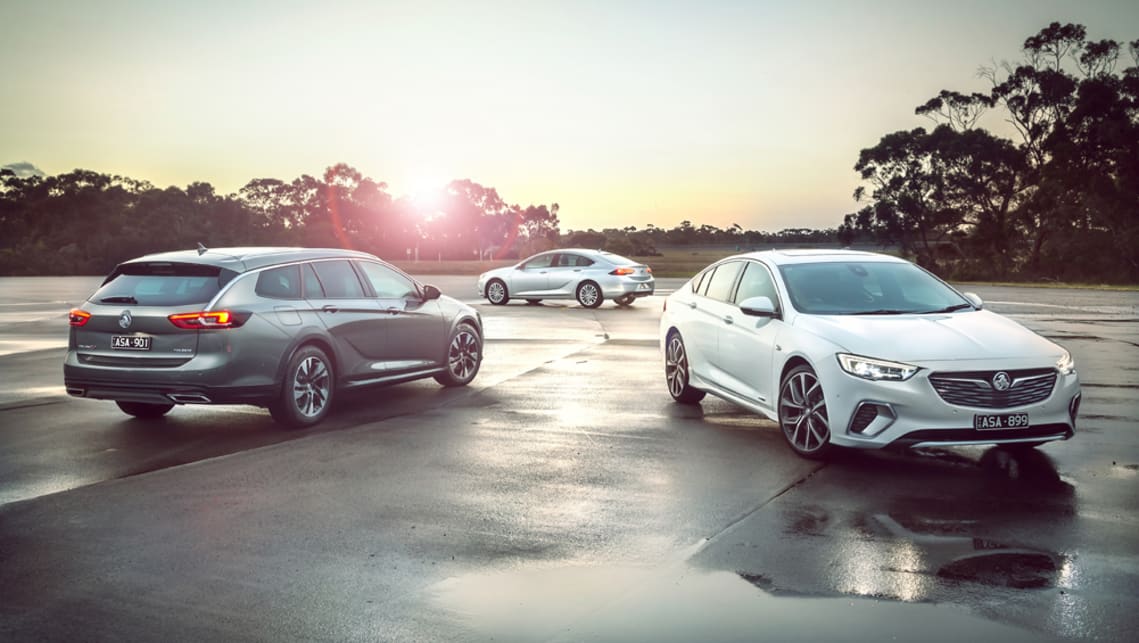 Where does Holden go from here?

Once a dominate force in Australia’s automotive landscape, Holden has since slipped to out of favour with many buyers since the cessation of local car manufacturing in 2017.

The most obvious reason for Holden’s significant sales slide is the changeover of its Commodore from Australian-built, rear-drive large car to imported, rebadged Opel Insignia.

In its first month on sale in February 2018, the new Commodore tallied just 737 new registrations, less than half of the nameplate’s sales in the same month (1566) in the previous year.

A year and a half from launch, Commodore sales have yet to take off, with the 3711 sales to the end of July representing a monthly average of around 530 units.

However, Holden has also since discontinued slow-selling models such as the Barina, Spark and Astra wagon, while supply to the popular Astra sedan was cut off earlier this year, which have also affected the brand’s market share.

As such, Holden’s best selling model is now the Colorado pick-up, with a combined 4×2 and 4×4 sales so far this year of 11,013 units, accounting for more than a third of overall volume and performing steady against last year’s 11,065 sales over the same period.

Despite sitting atop Holden’s sales charts, the Colorado is still trailing segment leaders such as the Toyota HiLux (29,491), Ford Ranger (24,554) and Mitsubishi Triton (14,281) in year-to-date sales.

Meanwhile, the Equinox crossover also failed to gain traction in the booming mid-size SUV segment – despite being up on sales this year by 16.2 per cent – selling just 3434 units this year against the segment-leading Mazda CX-5’s 16,116 haul.

Moving forward, Holden will lose access to Opel-sourced models such as the current Commodore and Astra with General Motors (GM) offloading the German brand, along with Vauxhall, to the French PSA Group.

This means Holden is expected to turn to its US cousins – Chevrolet, Cadillac, Buick and GMC – to bolster its model range.

In fact, the US model influx has already begun, with the Equinox a rebadged Chevrolet and the Acadia a GMC underneath.

Crucially though, both models – as well as the Commodore – were tuned for Australian roads before hitting local showrooms to ensure optimal ride and comfort.

While Hyundai and Kia – and to some extent Mazda – also tweak suspension settings for Australian roads, this bespoke tuning could be a huge boon for Holden as it seeks to climb the sales charts.

Holden could also dip into the Chevrolet portfolio again to nab the Blazer, which could be a stylish large-size SUV alternative to the Acadia.

The Blazer would also bring a level of styling cohesion to Holden’s line-up, with sleeker aesthetics more inline with the Equinox than the chunky Acadia.

The long-mooted introduction of the Cadillac brand could also give Holden a luxury alternative to the likes of Lexus and Infiniti.

In fact, the CT5 is already in Australia as Holden conducts transmission and emissions testing for the upcoming model.

The CT5 could also fill the gap left by the Commodore, allowing Holden to finally retire the nameplate after it first debuted in 1978.

With a rear-drive layout, large-sedan dimensions and performance variants on offer, the Cadillac CT5 could be the spiritual successor Holden diehards have been crying out for.

It could also open the door for more Cadillac products in Australia, as the brand was poised to launch Down Under before the global financial crisis nixed GM’s plans 10 years ago.

As for performance models, Holden has already confirmed the new Chevrolet Corvette will be offered in factory right-hand-drive form either late next year or early in 2021.

The Corvette will sit alongside the Camaro, which is imported and right-hand-drive converted by Holden Special Vehicles (HSV), with both forgoing any Holden badging.

While many have commented that this opens the door to drop the Holden name in favour of Chevrolet, it is also likely that Holden opted to keep both versions in their American forms due to strong marketing potential and heritage of the Corvette and Camaro.

Finally, the all-electric Bolt crossover could also give the brand a boost in the alternative powertrain department as the industry marches towards emissions-free motoring.

GM also runs a design studio out of Holden’s Melbourne office, which is one of the only facilities in the world that can bring a concept from inception to physical form, while the Lang Lang proving ground and a new Advanced Vehicle Development division will keep local staff busy.

Whatever Holden’s future though, there are certainly bright spots on the horizon for a venerable brand that is at risk of dropping out of the top 10 brands for the first time ever.