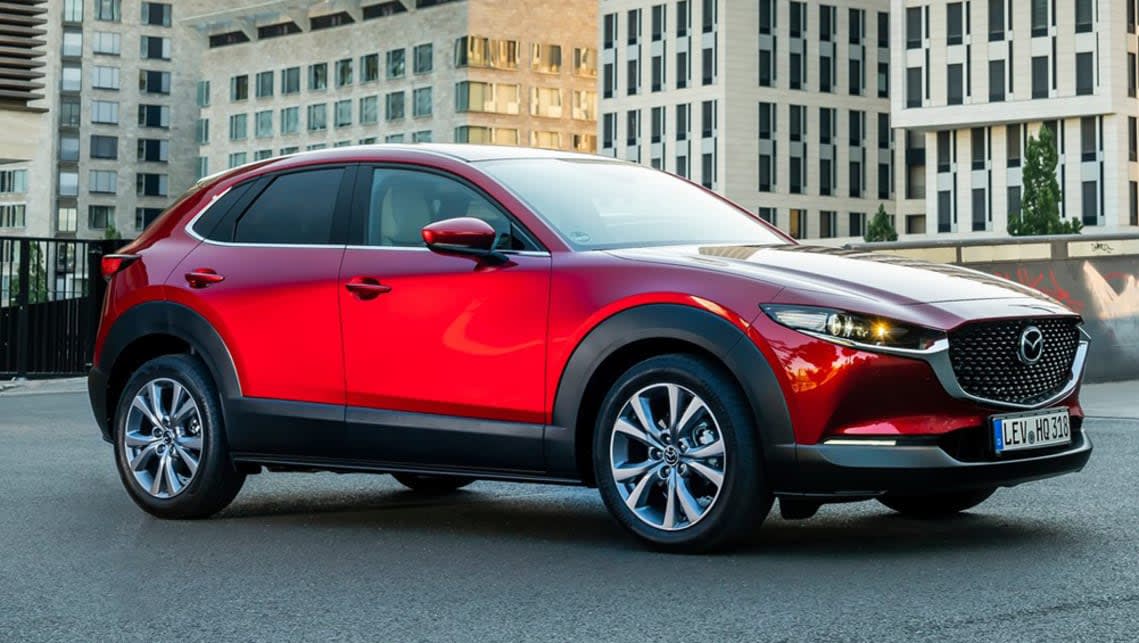 The coronavirus might be doing strange things to the new-car market at the moment, but that doesn’t mean the world’s car makers are sitting on their hands. Take Mazda, for example, with Australia’s second-best-selling car brand in March planning a technology assault in 2020.

Having just launched the Mazda CX-30 in February, and with the all-new Mazda3 not long into its lifespan either, the brand hasn’t any major launches to announce. Instead, it will be offering new technology in the shape of its lauded SkyActiv-X engine, which will, initially at least, be fitted to two of its most important models.

“It’s our groundbreaking compression-ignition engine that can deliver a between 10 and 30 per cent improvement in efficiency. And because it’s a mild hybrid, you get a boost in overall vehicle performance as the battery is able to power the vehicle accessories,” says Mazda Australia’s Mark Flintoft.

“We think of it as performance without sacrifice, and it’s a key part of our multi-solution approach to the future of motoring in a gradual approach to reducing lifecycle emissions.”

The Mazda3 SkyActiv-X is expected to arrive in the second half of the year, with the brand’s popular small car the first to welcome the new engine technology.

Essentially marrying the best features of diesel and petrol engines, the 2.0-litre SkyActiv-X is billed as the “the world’s first commercial gasoline engine to run on compression ignition”.

The idea is to deliver the low-end torque of a diesel engine and the linear power delivery of a petrol engine in one petrol-powered package, all while reducing emissions and fuel use by between 10 and 30 per cent.

The SkyActiv-X 2.0-litre petrol engine produces 132kW at 6000rpm and 224Nm from just 3000rpm, which is about halfway between the existing SkyActiv-G 114kW/200Nm 2.0-litre and 139kW/252Nm 2.5-litre petrol engines. It’s also a mild-hybrid system, capturing braking energy and using it to provide a power boost under acceleration, and to run the car’s electrical systems.

Now, the catch: if you think that all sounds a little complicated, that’s because it is. And so it’s also unlikely to be cheap. While Mazda is yet to confirm details, we’d expect the SkyActiv-X to be fitted to only to the top-spec G25 Astina model, and will create a new ceiling for the Mazda3 range.

The all-new Mazda CX-30 is also in line for the new engine tech, with Mazda targeting a second-half launch for its 3-based SUV, too.

The engine will likely again be fitted to the brand’s top-spec G25 Astina, and, if Mazda’s promise of a 10-30 per cent reduction in fuel use, should see the brand’s newest SUV targeting around 4.5 litres per hundred kilometres.

The refreshed Mazda CX-5 also deserves an honourable mention here, given the 2020 version has just launched in Australia.

The most significant change is the new ‘Off-Road Traction Assist’ system on AWD models, which can lock the rear differential and distribute torque accordingly to each corner.

There are safety upgrades, too, and the Maxx model now gets a larger 8.0-inch multimedia display, while vehicles fitted with the 2.5-litre petrol engine gain a cylinder deactivation display in the MZD Connect multimedia display.

The changes come with slight range-wide price increase, with the base Maxx rising $100 and the remaining variants up $200.