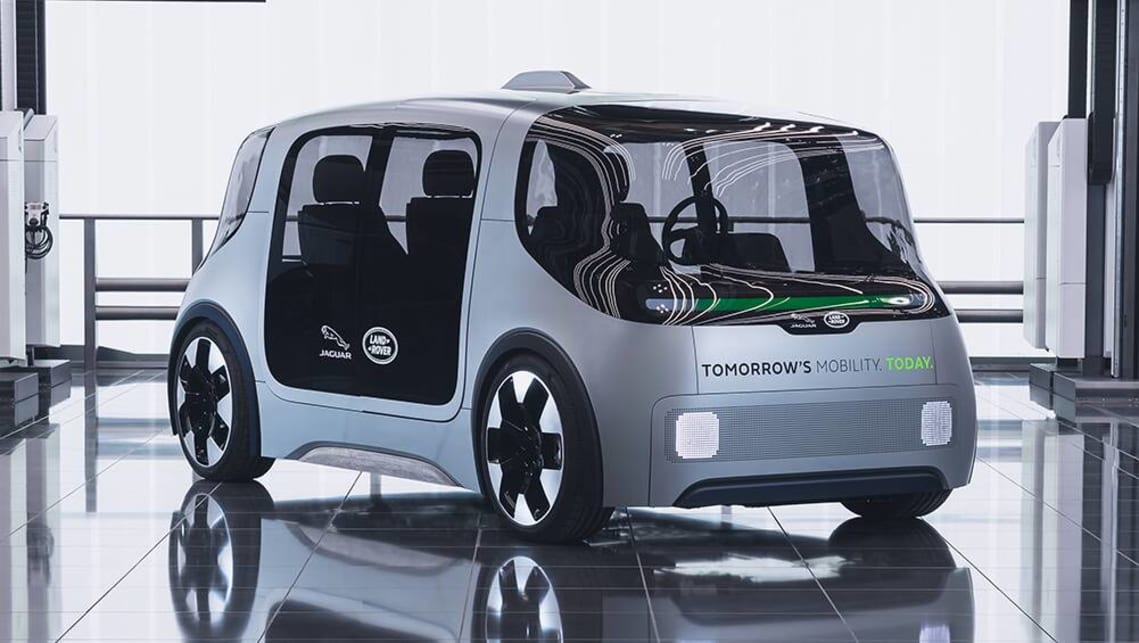 As motor vehicle sales in Australia drive off a cliff, falling by an unfeasible 50 per cent, the car industry is staring into the abyss of an unknowable future and asking some uncomfortable questions.

Will people want to buy cars in large numbers again, when will that happen, and what kind of cars will they want?

Just as vitally, will people be willing to spend big bucks on a new vehicle as the country, and the world, experiences the kind of economic and employment collapse not seen since the 1930s?

Jaguar’s chief designer, Julian Thomson, has had more time than he would like to ponder these questions on a global scale as he’s been stuck at home for weeks, unable to engage in the enjoyable, physical end of car design.

“The clay model is the part of the process where you’re really refining surfaces and honing designs and getting them right—that’s a bit we can’t really do at the moment,” he said.

Aside from the obvious skill of making beautiful industrial objects, the job of a senior car designer is to look into the future and imagine the vehicles that people will desire, five or even 15 years from now.

So how will the pandemic, and the ensuing lockdown experience, effect the motoring landscape?

“I think we’re interested in how it’s going to change people’s attitudes,” Mr Thomson said. “I was just watching something on TV last night, which had a scene set in Grand Central Station and two people going onto a train, just pushing past each other—it looks so alien to see people in a big crowded station or running around each other, you know, and it’s amazing how quickly people’s attitudes change.

“And so, people’s views of getting on a bus, or shared transportation—how are they going to feel about that? The whole thing about the general rat race and people’s values in life and family and work/life balance, all these things are being questioned.

“People are going to be really thinking about health. They’re seeing that suddenly the streets are quieter, the air is cleaner. You know, everyone’s seeing the world in a different way.”

Mr Thomson predicts that the desire for cleaner air, or even the fact that we’ll have all become more used to it, will lead to a greater take-up of electric vehicles around the world, but as we know, Australia tends to lag well behind when it comes to that trend.

What might become more popular are health-based car applications like Mercedes-Benz’s Energizing Coach, launched last year, which can, with the help of certain smart watches, keep an eye on your stress levels, your heart-rate variability and even how well you slept the night before.

If your Benz senses you are stressed, or seem unwell, it will select a program combining seat massage, the release of calming scents, mood lighting and appropriate music to calm you down.

It’s also likely we’ll see more car companies following the example of Tesla, which offers HEPA air filtration with Bioweapon Defense Mode, which doesn’t just protect you from air pollution (some studies have shown that cities with dirtier air have had higher levels of Covid-19 infection), but is a claimed 100 times more effective than premium automotive filters, and can remove “at least 99.97% of fine particulate matter and gaseous pollutants, as well as bacteria, viruses, pollen and mould spores” from the air coming into your vehicle.

Its impressive name comes from another Tesla claim, that with the filter fitted, “you can literally survive a military-grade bio attack by sitting in your car”. Handy.

Mr Thomson agrees that consumers will be looking for features of that kind.

“I think it will probably encourage the health element of cars, as well as about how healthy cars are, and the damage they do, but also how they look after their occupants in terms of air quality. I think that’ll be important,” he said.

As for the question of whether people will still be willing to spend six figures, or more, on new cars, it’s a question that’s worrying Mr Thomson, and plenty of other people in the industry.

“I think the crisis will affect people’s spending power—how they actually measure success and how they measure the value of having stuff,” he explained.

“So, we could either see people being more modest and withdrawn, wanting to have simpler lives. Or we could see them doing the complete opposite of just going mad, going crazy, and saying life’s too short.”

Mr Thomson pointed to the example of the flagship Hermès store in Guangzhou, China, which took in a staggering $US2.7 million of sales on its first day back in business in April.

It was one bit of shiny good news for luxury brands, and premium automotive companies, in an otherwise dark time.