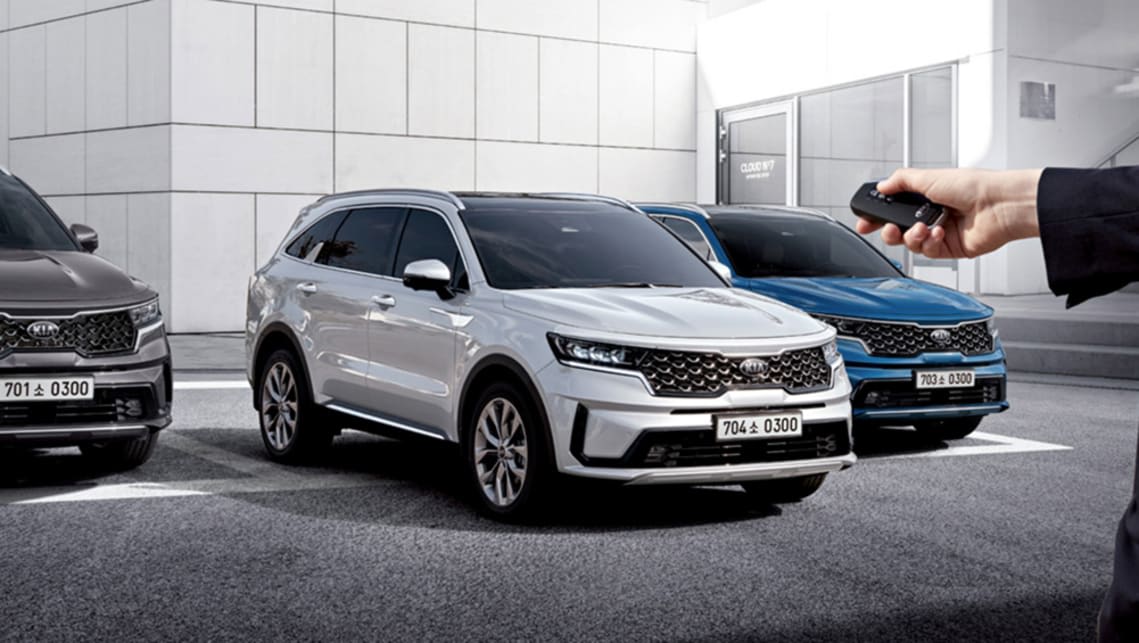 What has Kia got in store for 2020? New Sorento, Stonic, Carnival and Rio headline bumper year to come

It’s been a busy start to 2020 for Kia, with the “humble Korean brand” one of the few in Australia to be putting on sales in a falling market, and even achieving a milestone its never managed before, finishing ahead of stablemate (and rival) Hyundai in March sales for the first time in its 24-year local history.

All of which means, for March at least, Australia has a new number-one Korean brand.

But Kia won’t be slowing down, either. While the brand concedes the ongoing impact of the coronavirus will continue to disturb their plans, it will still push ahead with one of its busiest years of late.

“We had a fairly quiet year last tear, and this year was going to be bigger,” says Kia Australia’s Kevin Hepworth. “It wont be as big now, for anybody, but we’ll still do the best we can.”

Headlining the busy year will be the arrival of the all-new Kia Sorento, which will share its new platform with the Carnival people mover.

The fourth-generation Sorento – replacing the vehicle that has been on sale here since 2015 – will launch with a 148kW/440Nm 2.2-litre turbo-diesel engine paired to an eight-speed dual-wet-clutch automatic transmission.

Inside, the Sorento has undergone a tech overhaul, with a 12.3-inch digital instrument cluster, which is paired to a 10.25-inch multimedia touchscreen to modernise the cabin. A head-up display, mood lighting, wireless smartphone charger, 12-speaker Bose sound system and quilted Nappa leather are also scattered across the trim levels.

The Sorento is expected to arrive in Australia in July, and it will be followed by the related (by platform, at least) new Carnival, due around December.

The new Kia Carnival is expected to arrive with a choice of choice of a 3.5-litre petrol V6 engine (206kW/336Nm), or a new 2.2-litre four-cylinder diesel (149kW/440Nm). The diesel will pair with an eight-speed dual-clutch auto, while the petrol should match with an eight-speed torque converter automatic.

The new-generation Kia Carnival was spotted in the Victorian high country by a CarsGuide reader. (image credit: Carl Pinson)

The new Carnival will retain its eight-seat layout, and should share interior equipment with the Sorento, which should mean a  a 12.3-inch digital instrument cluster, which is paired to a 10.25-inch multimedia touchscreen in the centre of the cabin.

The Kia Stonic is still on the cards for a late 2020 launch, but Kia warns the situation is “fluid” and that arrival could potentially bump into early 2021.

The engines offered for the Rio-based SUV include a 1.4-litre four-cylinder and 1.0-litre three-cylinder turbo, both of which are familiar from the Rio range in Australia.

The dimensions of the Stonic are very compact – it spans just 4140mm long, 1760mm wide and 1520mm tall, which will make it one of the more diminutive SUVs on the market. One can expect pretty diminutive pricing, too, with an expected start point around $20,000 or so.

Joining those three new models are three important facelifts for Kia, with the new Rio and Picanto due around the middle of the year, and a refreshed Stinger expected to lob in the third quarter of 2020.

The Kia Rio update is expected around June, but Kia advises it’s a mild facelift, and so will be unlikely to shift the needle too dramatically.  That means S and Sport variants powered by a 74kW/133Nm 1.4-litre naturally aspirated four-cylinder engine, paired with either a six-speed manual or a four-speed auto. The top-spec GT Line, however, makes use of a clever 1.0-litre turbocharged petrol engine that delivers a handy 88kW/172Nm, and is partnered with a seven-speed dual-clutch automatic.

The Kia Picanto is also in line for a mid-year refresh, with the design tweaks and new cabin tech expected to headline the changes.

Finally, the Kia Stinger will undergo a major update in the third quarter of 2020, with international (but unconfirmed) reports suggesting the update will bring bigger engine options, with entry-level cars expected to score the a new 2.5-litre turbo four-cylinder engine (borrowed fro the Optima) good for an reported 223kW and more than 420Nm, while the top-spec engine will be replaced by a new 3.5-litre twin-turbo V6 that will push out a reported 285kW.