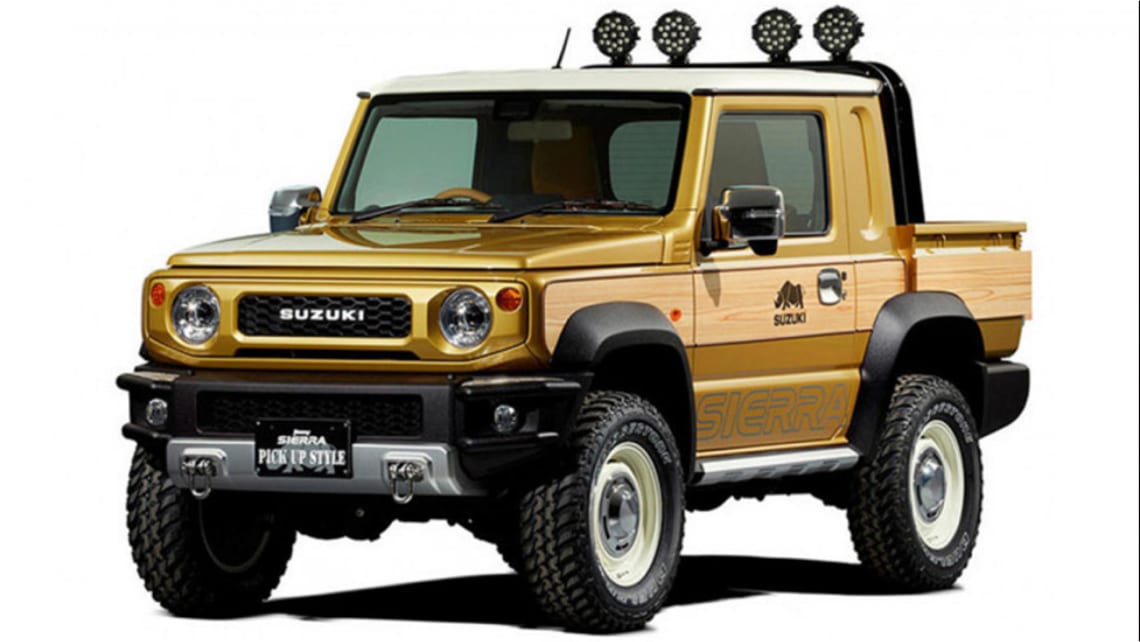 Waiting for a Suzuki Jimny ute? We’ve got bad news for you…

If you’re on the edge of your seat waiting for Suzuki to produce a ute version of its too-cute off-roader, we’ve got bad news for you; a tray-backed version of the Jimny “is not on the agenda”.

Speaking on the floor of the Tokyo Motor Show, a Suzuki spokesperson told CarsGuide that a tray-back version of the iconic off-roader wasn’t on the current schedule.

“We can’t talk about future plans, but it’s not something I’ve heard of,” he said. “It’s not on the agenda.”

Those words will drive a stake through the heart of Jimny fans everywhere, many of which have been longing for a ute variant to break cover. Those hopes were fuelled by Suzuki itself when it unveiled the Jimny Sierra Pickup Style concept at the Tokyo Auto Salon in January.

That car saw some key design changes, like a new grille, off-road rubber wrapped around new-look wheels, and, of course, a tray where the backseat used to be.

But alas, it seems that concept will remain just that, at least for now, with no plans for a poduction version.