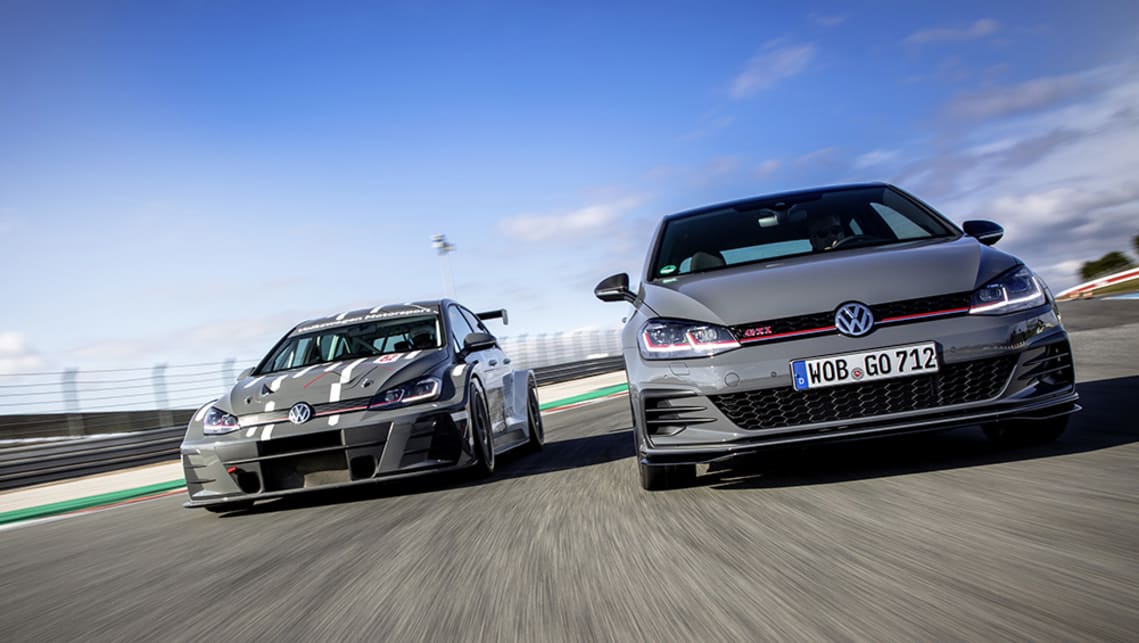 The so-called king of front-wheel drive hot-hatches is coming to Australia, with the Volkswagen Golf GTI TCR 2020 model confirmed to arrive here in the middle of next year.

The Golf GTI TCR model is the most powerful production iteration of the Golf GTI ever, with a stonking 2.0-litre four-cylinder turbo engine producing 213kW of power and 400Nm of torque.

With a stonking 2.0-litre four-cylinder turbo engine producing 213kW of power and 400Nm of torque.

Unlike the Civic and i30, though, the Golf GTI TCR is equipped with an automatic transmission – a seven-speed dual-clutch (DSG), in fact. That’s the only transmission you can get.

The model sold here will be the five-door, and while the exact number of models that will be sold here isn’t yet confirmed, it will be a limited-run, possibly of a few hundred cars.

The Golf GTI TCR is equipped with an automatic transmission.

Dealer order books aren’t open yet and the price is still to be announced, but VW Australia product marketing manager Jeff Shafer said that there is plenty of interest in the market, with customers already putting holding deposits down.

“It will certainly be priced at a premium over the car we have on sale today, but it will still be quite affordable and attainable for people who want a special piece of GTI history,” he said.

Mr Shafer confirmed the Golf GTI TCR will “cost less than a Golf R”, meaning it has to slot under $54,990 before on-road costs. The regular GTI sold here currently lists at $46,190 for the automatic.

The most powerful version of the Golf GTI ever.

“It’s a fitting way to send off such an iconic car that has been considered the standard for hot-hatches,” said Mr Shafer. “It will be the most powerful version of the Golf GTI ever, it’s the ultimate GTI and it’s a great way to say goodbye to the Golf 7 range before we welcome the Golf 8 towards the end of 2020.”

Indeed, the TCR production car is also a way of waving goodbye to VW’s TCR racing series aspirations, as the brand announced it was pulling out of all non-electrified factory-backed motorsport from 2020 onwards.

Full detailed pricing and specs will be revealed closer to the Golf GTI TCR’s local launch in mid-2020.