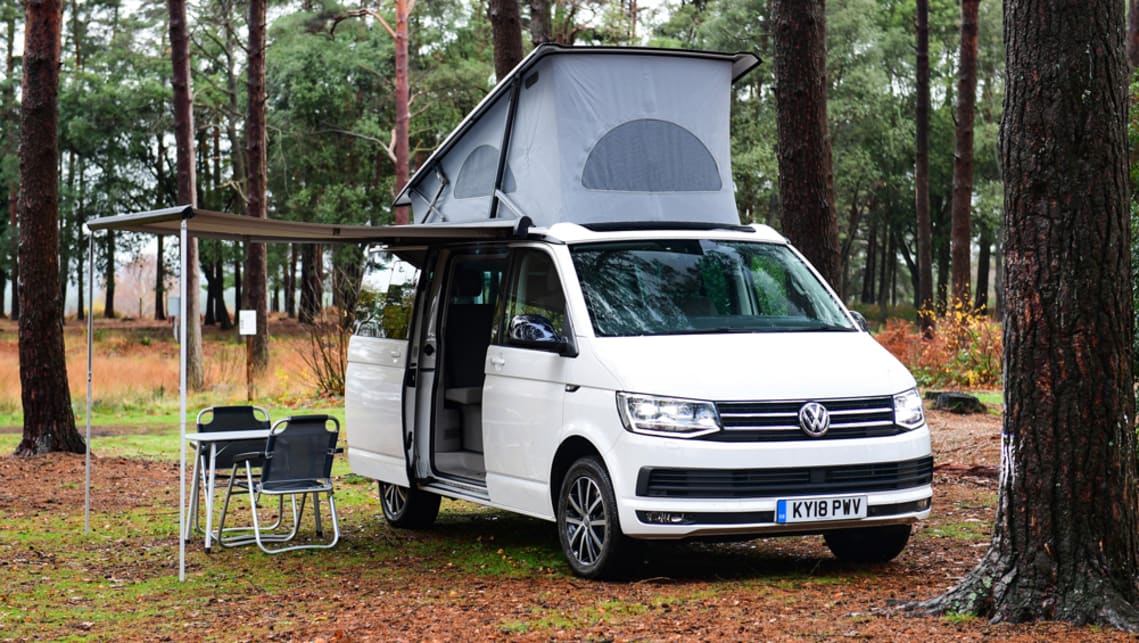 Volkswagen has split its entry-level California Beach grade into two, the Camper and Tour, with the former fitted with a new fold-out kitchen and the latter with two sliding doors.

Overseas, the California is available also available in higher-spec Coast and Ocean variants fitted with a full-row kitchen, while the food preparation area in the Beach can be tucked away to maximise space when not in use.

The compact kitchen is fitted with a single-hob gas cooker with splashback and a worktop space, which can both be folded away into a side panel between the B- and C-pillar.

The side panel can also house a 1.8kg gas bottle, while interior space is not penalised due to the inclusion of the cooktop.

For comparison, the kitchens found in the Coast and Ocean grades come with a two-burner gas cooktop, space for a 2.8kg gas bottle, 69-litre compressor refrigerator and two storage cupboards.

The base California can also be optioned with a three-seat, second-row passenger bench, compared with just to the two-seat unit in the Coast and Ocean.

Up to two individual seats can also be optioned in the second row, which can turn the California Beach into a seven-seat people mover with the kitchen folded thanks to a third-row pews.

However, for any Beach grade with motorhome type approval, a maximum of five seats is allowed.

The non-kitchen Tour version of the Beach will also be offered alongside the Camper, fitted with slider doors left and right for easier ingress and egress.

Both Beach versions will sport a new roof-mounted digital camper control unit with touchscreen as standard, which can be used to activate the hydraulic pop-up roof if optioned. The pop-up roof is controlled manually otherwise.

Power comes courtesy of a 110kW 2.0-litre turbo-diesel paired to either a six-speed manual gearbox or seven-speed dual-clutch automatic, while

Based on the Transporter van, the California is not available in Australian showrooms, but the brand’s local arm has confirmed to CarsGuide it has hopes to introduce the campervan range soon to sell alongside its Caddy Beach.