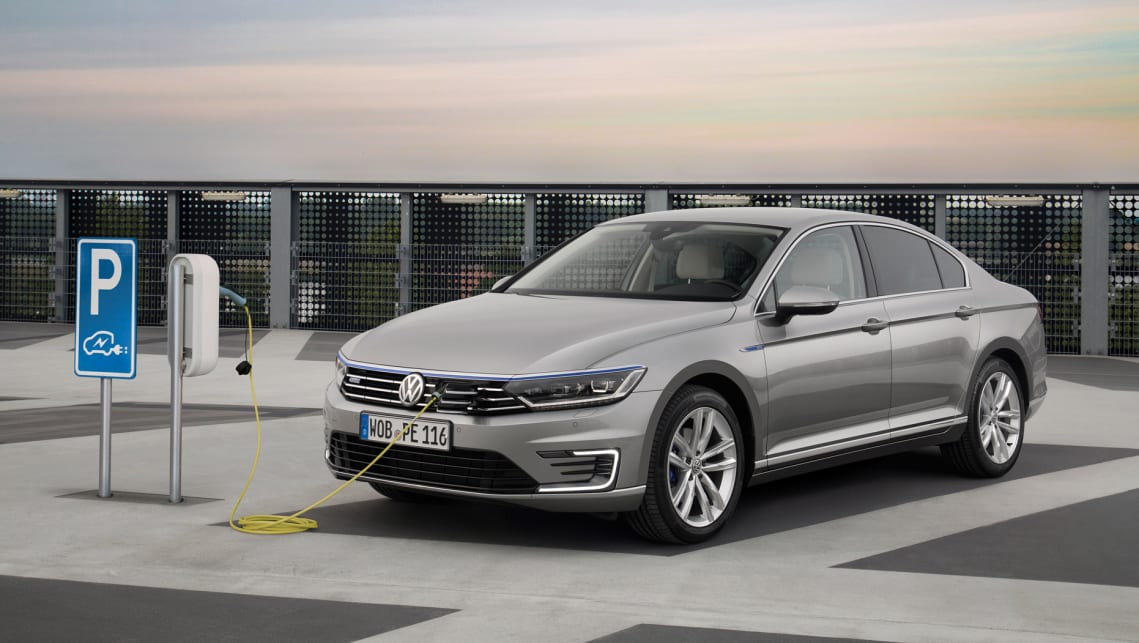 Volkswagen will be skipping plug-in hybrids altogether in Australia

Volkswagen has just unveiled an updated version of its plug-in hybrid GTE Passat for 2020, but has confirmed to CarsGuide that no GTE PHEV model will make it to Australia with plug-in hybrids simply not on the agenda.

The 2020 Passat range is due to land in Australia late this year, but the just-announced GTE, now with a 13kWh battery good for a 56km (WLTP) electric-only range will not be a part of it.

The GTE has combined power outputs with its 115kW TSI engine of 160kW/400Nm. The driver is able to select how the GTE uses its PHEV drivetrain by selecting EV mode, Hybrid mode, or GTE mode. VW’s German operation proposes the GTE as a way for business fleet to halve its “gross new vehicle” tax – based on emissions – imposed in European jurisdictions.

The freshly-updated Passat GTE has impressively low emissions thanks to its PHEV drivetrain, but it won’t make it to Australia.

But, it’s too late for plug-in hybrids in Oz according to the brand’s local representatives, with all eyes set to its upcoming range of I.D. fully electric vehicles to satisfy VW’s need for electrification.

VW says there’s “no value” for its Australian operation bringing in GTE models, with neither Golf or Passat plug-ins slated for import.

It says its future is solely based around the ID range and all-electric MEB underpinnings for Australia. At least one production-ready ID model (almost certainly the Golf-sized ID.3) will be unveiled at the Frankfurt motor show.

Volkswagen says Australian consumers can expect its first ID model to be on sale around 2022.

The ID.3 is touted to have a 125kW electric motor powering the rear wheels, and VW is planning to offer it in differently-sized batteries, with a starting capacity of 48kWh – comparing well to existing market competitors like the Hyundai Ioniq EV, Nissan Leaf and Tesla Model 3. Volkswagen expects a 330km (WLTP) range on the base ID.3.

The ID.3 should be able to make use of Australia’s growing network of Type 2 charging connectors when it arrives around 2022.