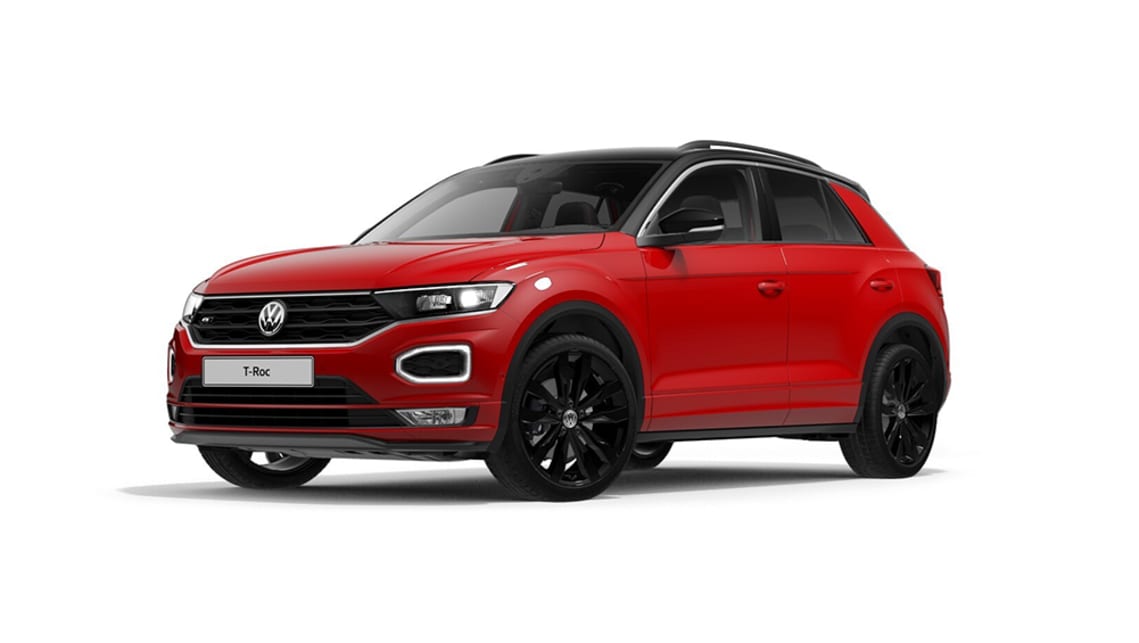 Volkswagen Australia has confirmed its T-Roc small SUV will enter showrooms in April with a two-variant line-up priced from $40,490 plus on-road costs.

Available to pre-order online from Thursday, January 16, the Golf-based SUV will initially be offered in full-time 140TSI Sport form and special-edition 140TSI X guise, which is limited to 200 units.

Not a fan of red with black? Try white with red on for size.

The T-Roc is packed with plenty of tech, including Volkswagen’s signature digital instrument cluster.

The 140TSI X costs $2500 more than the 140TSI Sport, but buyers are compensated for the extra spend with the standard fitment of the Sound and Style package as well as the power-operated tailgate and black/anthracite/red cloth upholstery.

The panoramic sunroof is available as a $1900 standalone option.

Those looking to pre-order either version of the Hyundai Kona-rivalling T-Roc can do so with a $500 deposit until mid-April or stock is exhausted.

The T-Roc line-up will expand in June with a more affordable 110TSI variant powered by a 110kW/250Nm turbo-petrol four-cylinder engine. Further details on it, including pricing, will be announced closer to its launch.