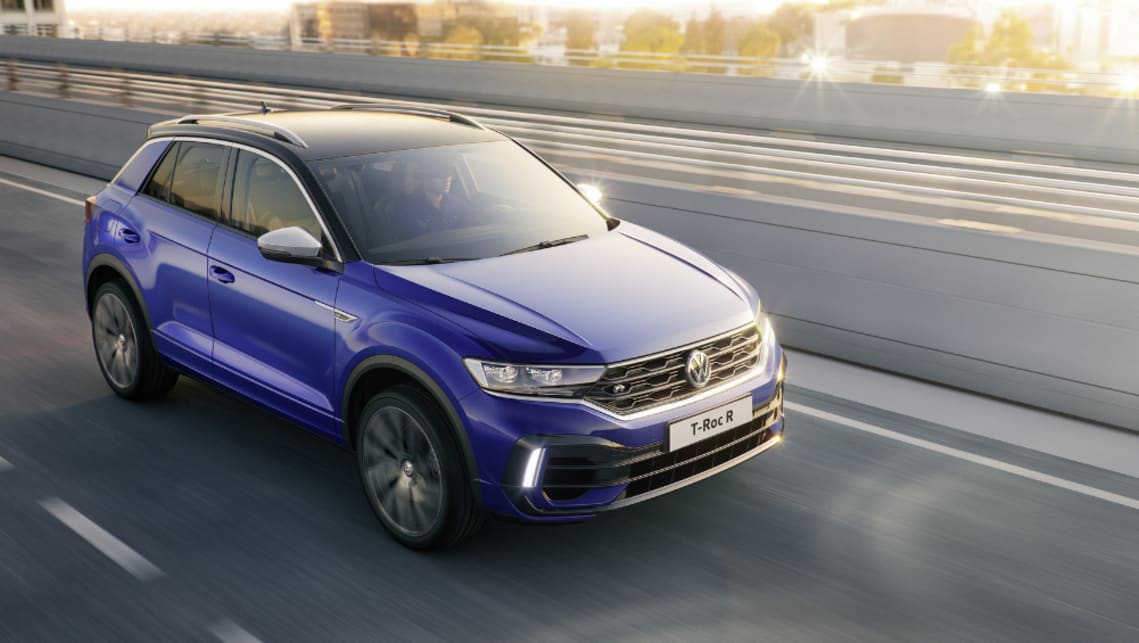 Volkswagen Australia is pushing hard to launch two new go-fast SUVs in Australia, with the T-Roc R and Tiguan R both all but confirmed for out market.

That’s the word from VW Australia’s head of product planning, Jeff Shafer, who told CarsGuide he’d “have his hand up” for R-badged versions of Volkswagens incoming SUVs.

“We would definitely like to see more R product,” he said.

The T- Roc R should be first to arrive, given it’s availabel to order now in Europe. Revealed at the Geneva Motor Show, that car packs a 2.0-litre TSI engine good for 221kW and 400Nm. That power is fed to all four wheels via a seven-speed DSG automatic, delivering a sprint to 100km/h of 4.9 seconds and a 250km/h (limited) top speed.

“The T-Roc R looks like it will be coming to Europe in the not-too-distant future. We definitely would put our hand up for that and would like to see it as early as possible,” Shafer says.

The Tiguan R, however, is unlikely to arrive until at least 2021, with the brand’s international executives confirming that the performance-flavoured Tiguan won’t be revealed until next year, and won’t hit European dealers until the year after.

“There’s nothing confirmed at this stage but (the Tiguan R) is something we’d welcome strongly, and I think Australia would be the perfect market because of not only the strong uptake of performance models, but because we’re an SUV market.”

It is understood the new Tiguan R will forgo any form of electrification in favour of a version of the T-Roc R’s potent 2.0-litre engine.

Volkswagen has understandably high hopes for both models (though it believes the Tiguan R will record more sales), given Australia is the third-largest market for R and R-line models globally.