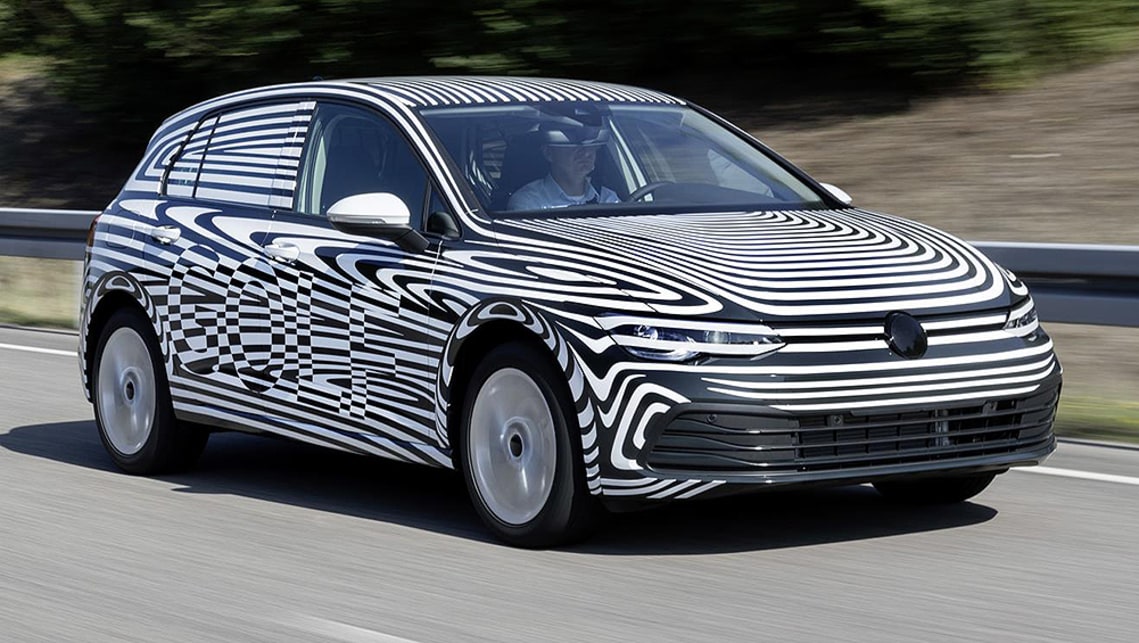 Volkswagen Golf Mark 8 teased: To be unveiled in Spring

Volkswagen has provided a glimpse at its new-generation Golf hatchback, releasing an official image of a camouflaged prototype.

The German manufacturer says that the eighth-generation model, or Mark 8, is in its final testing phase, and will be officially unveiled sometime in the next three months.

Performance-focused GTI and R variants are expected to break cover sometime next year.

According to previous reports, the new Golf was originally set to be revealed at the Frankfurt motor show, but was postponed as to not steal the limelight from VW’s ID 3 electric car debut.

Despite the camouflage livery, the new image suggests that Volkswagen designers have not strayed too far from the familiar Golf formula.

The body appears to sport a more rounded silhouette, with potentially longer rear doors. This could suggest a stretched wheelbase, and overall dimension changes.

As expected, its badge has been masked, as it will be the first car to go on sale wearing Volkswagen’s redesigned logo, which has yet to be revealed to the public.

Details of the cabin are slim, although previous design sketches suggest that the interior has undergone significant updates, and a new dual-screen display setup takes up instrument and infotainment duties.

In a recent press release, Volkswagen hinted towards a number of technological enhancements.

“The design and digital innovations launch this bestseller – of which more than 35 million been built – into a new age,” an official statement reads.

“The era of electrified drives, a digitised and connected interior world, assisted driving and online-based functions and services.

It is expected that the new Golf range will hit Australian showrooms in the latter half of 2020.