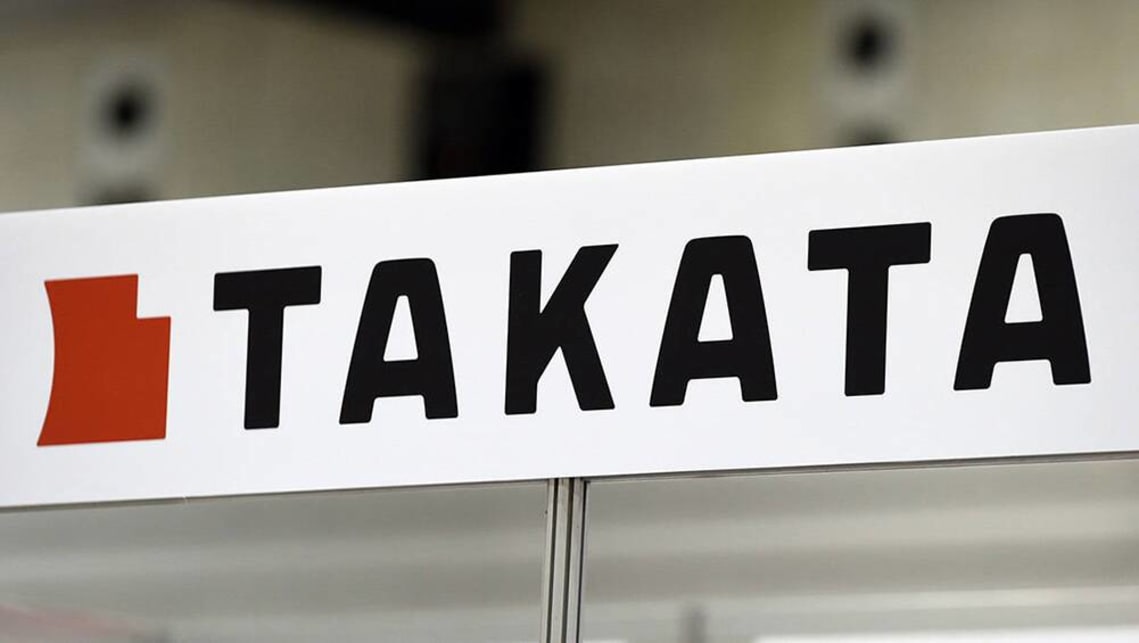 The Australian Competition and Consumer Commission (ACCC) has called on carmakers to voluntarily recall about 78,000 vehicles fitted with a potentially deadly type of Takata airbag inflator not captured under the existing compulsory recall action, with Toyota, Mazda, Mitsubishi, Ford, Honda, Suzuki and Audi models affected.

This follows BMW Australia’s voluntary recall early last month of about 13,000 E46 3 Series car built between November 1997 and June 2000, and fitted with Takata airbag inflators with a Non-Azide Driver Inflator (NADI) 5-AT propellant that has so far caused at least one death and two serious injuries in Australia.

For reference, previously recalled Takata airbag inflators use a Phase Stabilized Ammonium Nitrate (PSAN) propellant. That said, misdeployment during an accident is still the ACCC’s key concern, with the potential for either metal fragments to propel out of the airbag at high speed, or the airbag to underinflate.

As reported, the death and one of the serious injuries occurred in BMW vehicles, while the make of the vehicle involved in the other serious injury is unknown, although Toyota and Audi have both stated their vehicles weren’t involved.

While Toyota Australia hasn’t formally announced a voluntary recall, it has revealed that affected owners will be assisted “on a case-by-case basis,” with loan cars to offered in scenarios where “hardship” is being experienced.

While both BMW and Audi are offering to buy back registered vehicles following an inspection that confirms the presence of this particular type of Takata airbag inflator, the latter is exclusively doing so because it’s not developing replacement parts due to the age of its affected vehicles. Conversely, the former is also providing loan cars or reimbursements for alternative transportation costs.

Mazda Australia says it’s currently working with the ACCC to determine its response that will involve 466 Eunos 800 cars, 49 of which are believed to be registered and potentially on the road.

Suzuki Australia has confirmed that about 346 Grand Vitara SUVs fitted with a 2.5-litre V6 and built between 1998 and 2000 are fitted with this Takata airbag inflator, which it “is currently undertaking an urgent safety investigation into” before announcing its next steps.

Similarly, Mitsubishi Australia and Honda Australia both told CarsGuide their potential plans for voluntary recalls are awaiting the completition of ongoing investigations, although the former’s CE Mirage (MY97-00) and CE Lancer (MY97-00) cars, NL Pajero (MY97-00) SUV, and WA Express (MY97-00) and WA Starwagon (MY97-00) vans, and the latter’s Accord (MY97-99) and Legend (MY96-00) cars, and CR-V (MY97-00) SUV are known to be affected.

Ford Australia has revealed its intention to voluntarily recall 216 Courier utes built between late 1998 and early 2000, but the specifics of its action are yet to be determined.

Given the age of these vehicles, many aren’t expected to be registered and therefore on the road anymore.

Either way, affected owners will be contacted directly carmakers, but those seeking more information should contact their preferred dealership or the appropriate brand-specific recall hotline.

“Even though full details and appropriate remedies are still being worked out by the manufacturers we are issuing this warning now to urge people not to use their car if it is affected by this potentially deadly airbag,” ACCC chair Rod Sims said.

“We want everyone to have a happy and safe holiday period and encourage people to consider alternative transport options if possible, rather than using vehicles fitted with these airbags.

“We are continuing to support the department in its work to urgently negotiate recalls with vehicle suppliers to remove these vehicles from our roads and obtain an appropriate remedy for consumers.

“The fastest way to deal with these issues is via a voluntary recall. A compulsory recall is a lengthy process, but it will be considered if manufacturers do not take appropriate steps.”