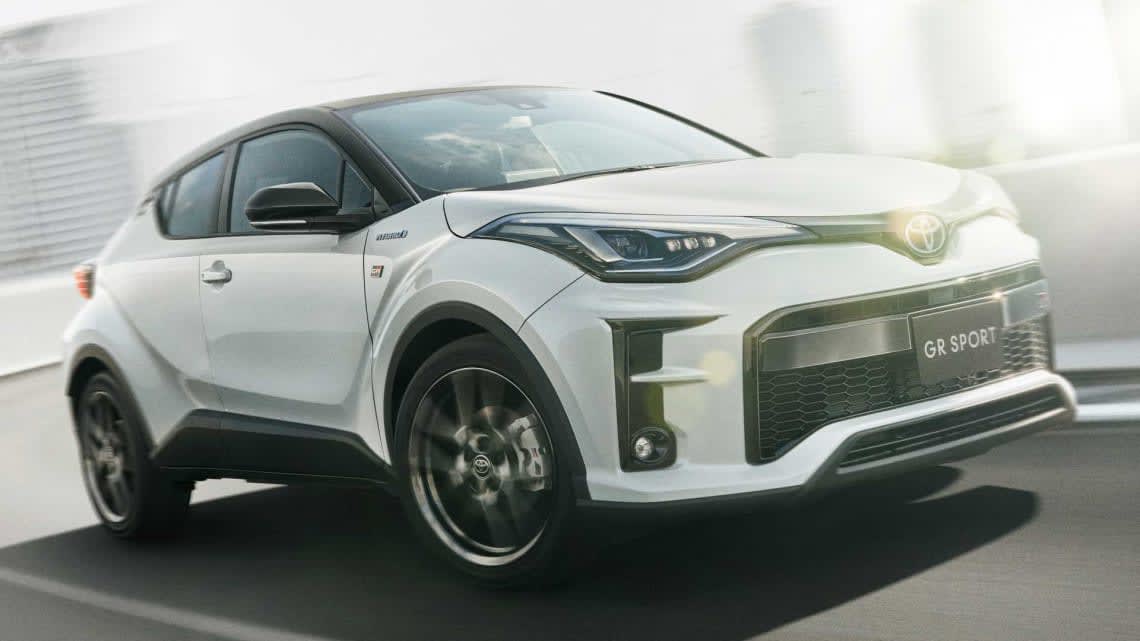 The Toyota C-HR looks set to defy international rumours and live on in the Japanese giant’s line-up, despite a wave of new SUVs coming that has left some questioning its future.

That’s the word from Toyota Australia’s sales and marketing chief, who told CarsGuide there was “no plan” to ditch the C-HR, even when the Yaris Cross and Corolla Cross arrive here.

The Yaris Cross will be first to arrive in Q4 this year, pushing Toyota’s SUV family grow to seven models, (Yaris Cross, C-HR, RAV4, Prado, Kluger, Fortuner, and LandCruiser). The Yaris Cross will share its hybrid drivetrain with its hatch sibling, which means you can expect a 1.5-litre petrol engine combined with a battery and electric motor to drive down fuel use, with power outputs of around 74kW and 169Nm. There will also be a non-hybrid version of the 1.5-litre engine on offer, paired with a CVT transmission.

The Corolla Cross will boost that SUV list to eight, but isn’t scheduled to arrive in Australia until as late as 2022. It essentially sits above the C-HR, but below the RAV4, and will arrive with a choice of 103kW/177Nm petrol or 72kW/142Nm hybrid unit that adds a 53kW/163Nm electric motor.

But while it might seem like Toyota’s SUV line-up will start to look a little crowded by that point, the C-HR will live on, offering a quirkier alternative to the Corolla Cross and Yaris Cross.

“The C-HR continues in our line-up. We always continue to analyse every market, every segment, every car, but there’s certainly no plan right now to drop C-HR,” Mr Hanley says.

“As markets evolve, we’ll always continue to perform maintenance on our line-up, but there’s certainly no plan (to axe) the C-HR.”

International reporting also point to a go-fast version of the C-HR coming, with the small SUV set to score the GR treatment in the near future.

The news, first reported by the UK’s AutoExpress, confirms what CarsGuide was told at the launch of the Supra GR – that the brand’s high-riding hatch was in the queue for a performance makeover.

A GR C-HR would make use of the GR Yaris’ 1.6-litre turbocharged, three-cylinder engine (the most powerful three-pot in the world, no less), that will produce 200kW and 370Nm.

How do we know? Because the Yaris GR’s chief engineer, Naohiko Saito, told us so at the launch of the brand’s first hot hatch in years, saying it would be “wasting time” for that engine to only be used in the one GR model.