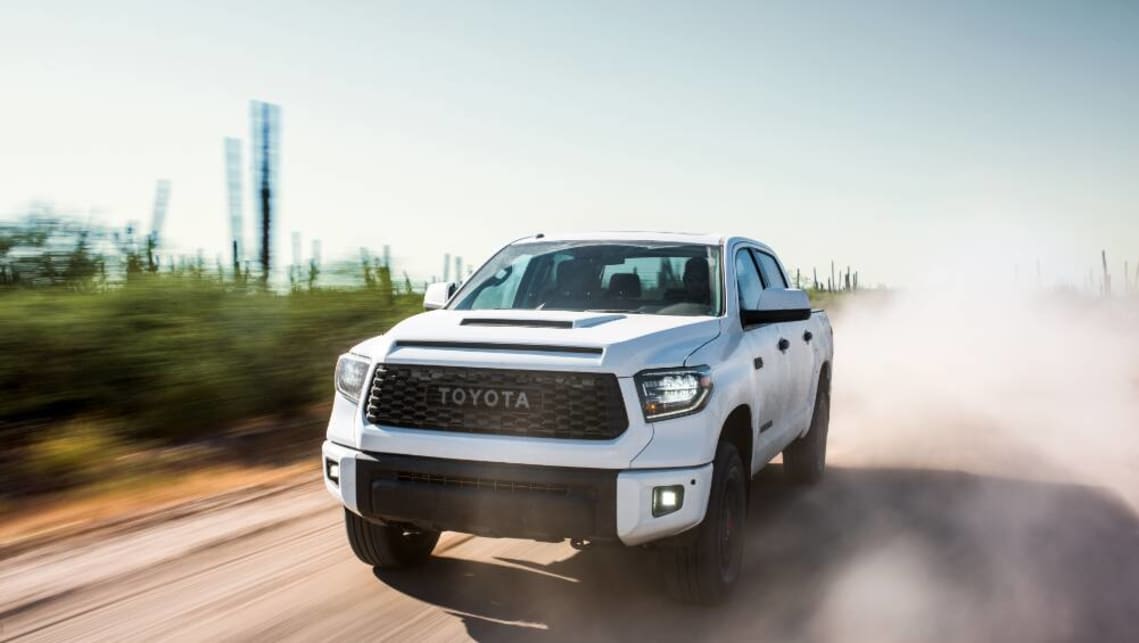 Toyota “very keen” to launch Tundra in Australia: next-gen jumbo truck could touch down to rattle the Ram 1500 in 2021

Toyota in Australia is working with its American counterparts to launch the next-generation Tundra in Australia, with both sides “very keen” to see the jumbo truck make its debut Down Under.

While no business case has yet been reached, Toyota says both parties have a “big desire” to see the Tundra launched in Australia, but concerns over the size of the big truck market here have so far prevented a final confirmation being reached.

That’s the word from Toyota’s  Australia’s Vice President of Sales and Marketing, Sean Hanley, who told CarsGuide he believed the Tundra would work for our market.

“We work together with Toyota Motors North America very carefully to study our market potential. We’re both keen at some stage to get that product. We think it would work in Australia,” he says.

“At this stage we still have some more work to do before we can confirm it. We certainly would like it, but at this stage, and looking at the business plan, we haven’t gotten to a point where we know it would be viable.

“The study is ongoing. I know ourselves and Toyota North America are very keen. It’s not like we don’t have a common interest and big desire for that vehicle, but the plan has got to stack up, and at this stage we haven’t made that happen, therefore we have nothing to confirm right now.”

It is thought the new Tundra, widely expected to arrive in 2021, will be offered in both left- and right-hand drive, with the brand’s American group Vice President and general manager, Jack Hollis, telling CarsGuide he wanted the brand’s truck to “go global”.

“I would love to see that car go global. We have a great relationship with Australia – the company there does fantastic work,” he said at the 2019 New York Motor Show.

“As of right now, I’m not aware of any plans. But would I like to see it? Absolutely. Because the more we can share these products with other parts of the globe is a good thing.”

Helping shift the Tundra’s considerable bulk is a choice of two whopping V8 engines; a 4.6-litre unit good for 231kW and 443Nm, or a bigger 5.7-litre engine that delivers 284kW and 543Nm. There have been reports that the new Tundra will get a 3.5-litre V6 turbo petrol-electric hybrid powertrain good for more than 300kW of power and 650Nm of torque.