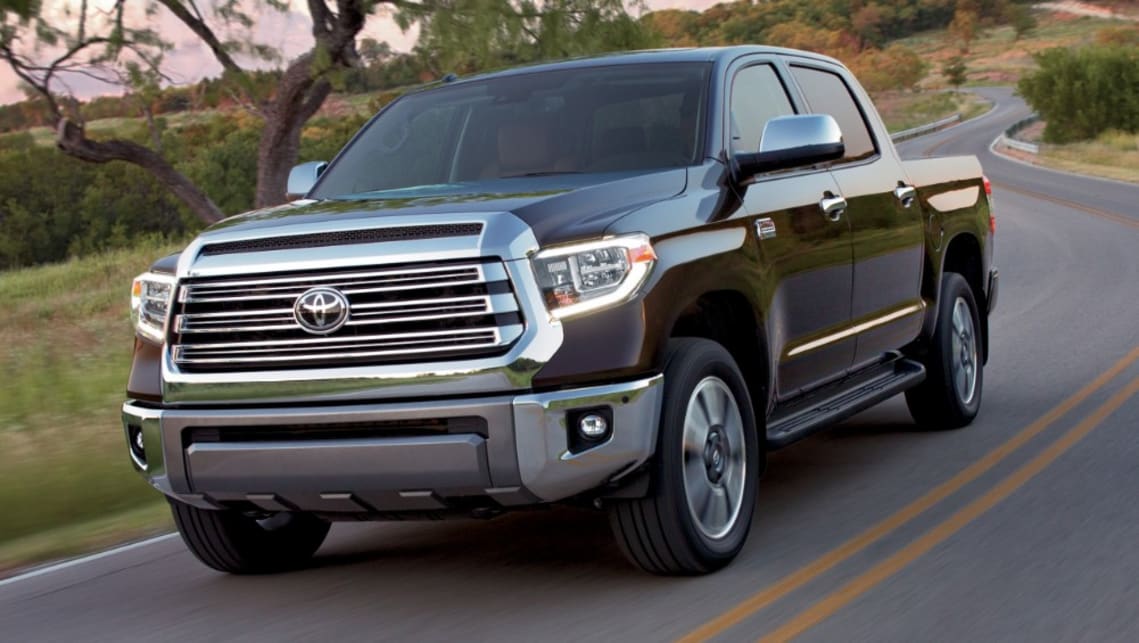 The Toyota Tundra looks a step closer to Australia with news the Japanese giant is investing in an upgraded factory in the US.

Toyota USA announced it will invest US$391m ($573m) into its San Antonio facility which currently builds the full-size Tundra and mid-size Tacoma pick-ups for North American market. While they may not sound like a big deal for Australian Tundra fans, it strengthens long-running speculation that the next-generation model could be built in right-hand drive.

Toyota is reportedly developing a new platform for all of its pick-ups/utes to be based on, including the HiLux as well as its larger American cousins. While Toyota USA didn’t confirm the timing or any details of the new Tundra/Tacoma it did say the upgrades to the factory will “make the plant even more competitive in the long-term and more efficient while remaining flexible with multi-vehicle production capabilities by introducing various advanced manufacturing technologies.”

Toyota Australia has not hidden its interest in adding the Tundra to local showrooms, with director and sales and marketing, Sean Hanley, telling CarsGuide in June: “We’re constantly studying that market, we’re constantly interested in it. We have no confirmed plans at all to discuss today, but it’s something we continue to study.”

The Tundra would give Toyota an entry into the growing full-size ute market in Australia, which has seen the Ram 1500 become a success story for American Special Vehicles.

The Tacoma is unlikely to be offered locally as it is too close in size and capability to the HiLux, and given that models sustained success at the top of the new vehicle market Toyota Australia would be unwise to do anything to unsettle that.

Toyota USA hasn’t overhauled the current Tundra since 2001 so it is overdue for a major upgrade. Speculation suggests the new model will launch in the use in 2020, where it will be billed as the 2021 model, and it will likely feature a new range of engines along with its new underpinnings. There have been reports that the new Tundra will get a 3.5-litre V6 turbocharged petrol-electric hybrid powertrain, which would offer more than 300kW of power and 650Nm of torque; potentially replacing the current V8 engine.