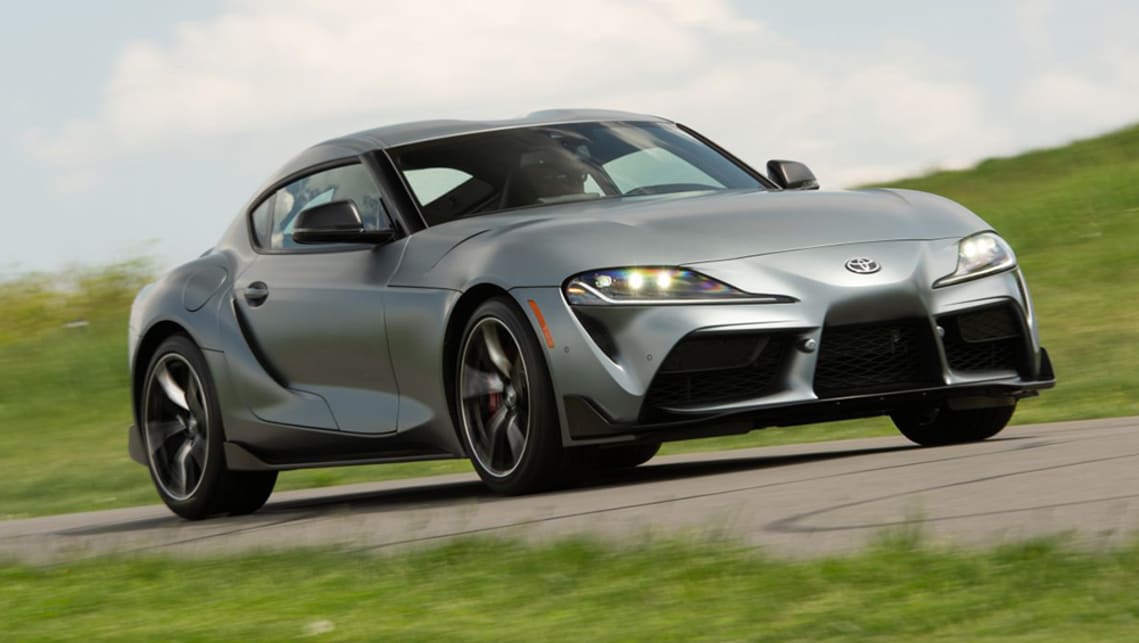 Some models are staples, others come and go with the whims of the market.

For example, it’s hard to imagine Toyota without the Corolla or Volkswagen without the Golf, as each generation rolls neatly into the next. But then there’s the likes of the Toyota MR2 and VW Scirocco that have come and gone with various degrees of success.

Given the Easter period is a celebration of new life and renewal, we thought it was a great opportunity to look at some of the car industry’s best comeback stories.

These are the models or nameplates that were once great but for a variety of reasons fell out of production, only to return as strong as ever. So here, in no particular order, are our favourites.

It took more than 15 years and an unlikely partnership with BMW, but Toyota brought back arguably its most famous sports car. The A90 may share much of its mechanical DNA with a BMW Z4, but at heart, it lives up to the Supra heritage with its straight-six engine, rear-wheel drive platform, swoopy body and relatively accessible price.

The new Supra joins another great Toyota comeback story, the 86 sports car, in an expanded range of performance cars from the Japanese brand. Under the leadership of Akio Toyoda, the company has tried to transform its image from sensible to exciting and the Supra underlines that change.

The original city car launched in 1959 and was still in production when BMW claimed the brand in 1994. While the original was still being built in one form or another up until 2000, time had passed it by.

So, BMW reinvented the Mini for the modern age, making it bigger, more powerful and taking it upmarket.

It arguably spawned a new generation of premium city cars, small in size but big on luxury (see Audi A1), but from the one model, a crop of revived nameplates such as the Countryman sprouted.

While Land Rover never gave up on its iconic off-roader, it has been four years since the long-serving original ended production.

Reinventing a classic was never going to be an easy task, but the Land Rover team have tried hard to retain the spirit of the original while also bringing it into the 21st century.

The new model is still in its early days but it looks the part and boasts the kind of off-road prowess we’ve come to expect from the Defender badge. It will be hard to match the six decades of longevity of the original, but at least this new model doesn’t look like the polarising DC100 concept…

This is Italy’s answer to the Mini’s successful comeback. It took many of the same principles – a modern take on a beloved city car with retro styling – but tried to ensure it was more accessible than the upmarket Anglo-German machine.

The designers nailed their brief, shaping a car that met all modern standards but retained the cute, fun appearance that made the original adored by so many.

Mechanically it was a different story, with the new 500 adopting a much simpler and cheaper front-engine/front-wheel-drive layout compared to the rear-engine/rear-wheel-drive format of the 1957-’76 version.

Since its launch in 2007, its success has dominated Fiat’s story to the point where the brand is now largely seen as the ‘500 company’ despite still making several other models.

The original NSX was a game-changer for the Japanese brand. The all-aluminium body and mid-mounted, free-revving 3.0-litre V6 engine brought supercar performance to Honda for the first time, while also forcing European sports carmakers to raise their game in terms of build quality and reliability.

Despite its success, when the original NSX run ended after 15 years on sale, there was no replacement ready. In fact, Honda announced a new NSX would launch in 2010 only to cancel it amid the global financial crisis.

But like all great ideas, the NSX refused to die, and in 2016 the second-generation NSX was launched.

It was a more complex beast than the original though, with a 3.5-litre twin-turbo V6 engine backed-up by three electric motors, which explains its $420k price tag that ensures they are a rare sight on the road today.

While not popular in Australia, Jeep used the Gladiator name for a series of utes in the 1960s and ‘70s based on the Wagoneer, while it’s last proper ‘pick-up’ ended production in 1988.

So, the return of both the Gladiator nameplate and the pick-up bodystyle is a welcome revival for Jeep fans.

This new Gladiator is headed to Australia and is likely to help revive the brand’s flagging sales. It retains Jeep’s ‘go anywhere’ capability but adds the practicality (and popularity) of the dual-cab ute body style that the brand has lacked for so long.

The Giulia wasn’t just bringing back a nameplate, it was meant to signal the start of a new era for the Italian brand, reviving its glorious past when it was a true rival to BMW and Mercedes-Benz. But that’s proven a bit out of reach so far…

Not that it’s the Giulia’s fault, specifically. Judged on its merits this is a fine European sports sedan, particularly in its flagship, high-performance Quadrifoglio variant.

Punching out 375kW from its Ferrari-derived twin-turbo V6 and with a finely-honed chassis to match, the Giulia QV is a match to the best its German rivals have to offer.

And while that hasn’t translated to the sales charts, there’s no question that the Giulia does remind us all of what this once-great brand is still capable of.

The A110 not only heralded the return of the classic ‘60s coupe but also resurrected the long-dormant Alpine brand as well.

The once thriving sports car business was bought by Renault in the ‘70s, but ceased making cars in the mid-’90s.

In 2017, the brand returned with its most iconic nameplate and a car capable of competing with the likes of the Porsche 718 Cayman and Alfa Romeo 4C.

The new A110 features an aluminium chassis with Renault’s proven 1.8-litre turbocharged four-cylinder engine to ensure it lives up to the performance legacy of its forebears.