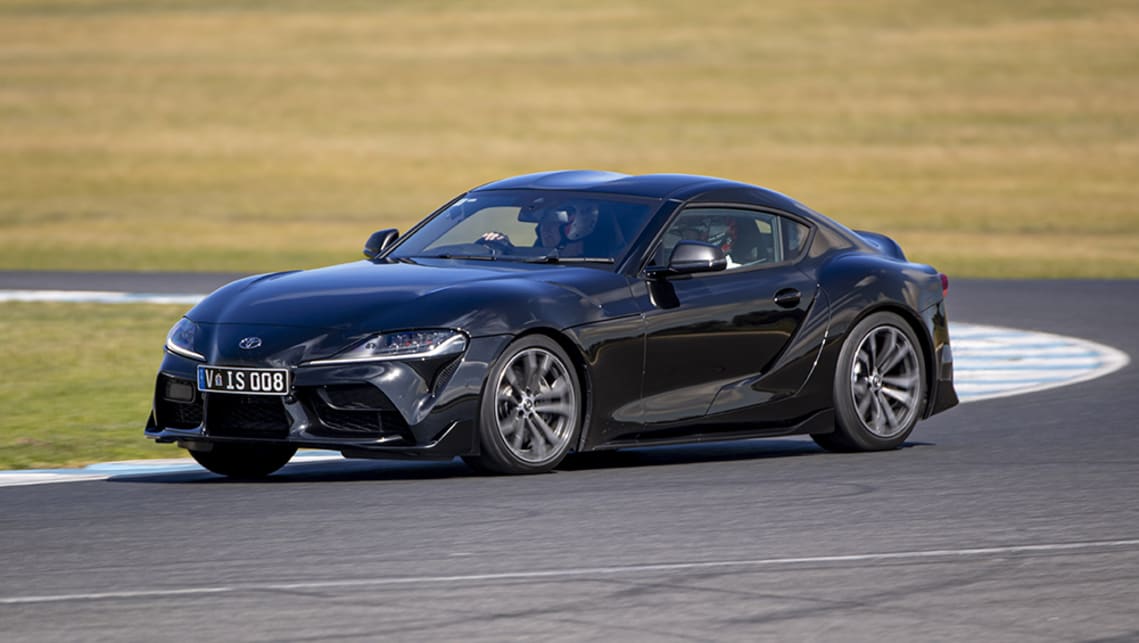 Toyota Supra GRMN to be a 300kW monster, coming this year: reports

Toyota is readying a GRMN- badged Supra, with the most powerful sports car in the brand’s stable to produce close to 300kW of power. That’s the word out of Japan, at least, where solid reports suggest the super Supra could be unveiled as early as this year.

Japan’s Best Car reports the GRMN (Gazoo Racing Meisters of Nurburgring) Supra will pack the turbocharged, 3.0-litre six-cylinder engine as the GR version, only with the power upped to around 300kW. The body styling and stiffening will up upgraded too, ensuring the fastest Supra looks the part, too.

That’s a handy increase over the current Supra’s 250kW, though there’s no word yet on the boost in torque, which sits at 500Nm in the GR version.

Interestingly, the news seems to be a slight downgrade from what was initially expected, with Toyota’s performance big wig, Tetsuya Tada, telling media in August last year that the GRMN Supra would likely get the S58 twin-turbocharged engine from the BMW M3.

That would have seen the Supra’s outputs lifted to a savage 375kW and 600Nm – plenty in a car as diminutive as Toyota’s two-seat sports car.

It’s speculation for now, but for Toyota Australia’s part, the brand has said it would have its hand waving high in the air if the Supra GRMN was to become available.

“If a vehicle of that nature were to become available to Australia, we would definitely be keen on it here,” a spokesperson told CarsGuide. “We’ve seen the strong appetite Australians have for high-performance vehicles, and how fast the available Supras were snatched up, and we have no doubt there’d be a strong desire for this vehicle, too.”