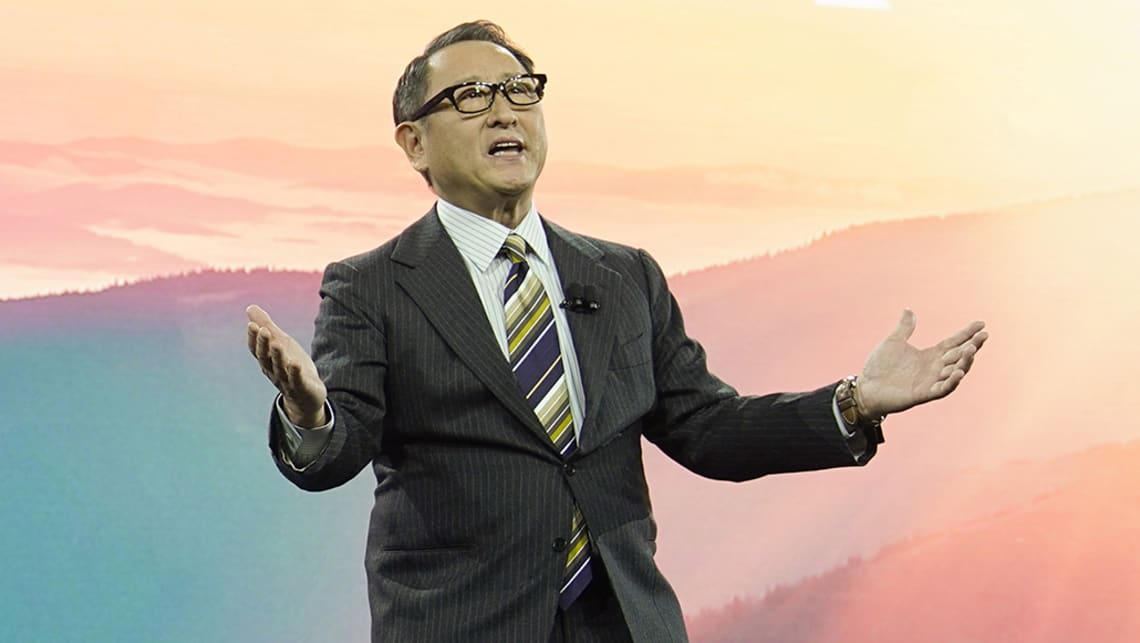 Toyota president announces “a new era” for the brand

Toyota president, Akio Toyoda, says current crisis conditions are an opportunity for the brand to be “reborn as a new Toyota”.

At Toyota’s Japanese financial year 2019-20 press conference, the brand’s president made wide-sweeping comments on how Toyota will move forward in a post-COVID world.

He made explicit claims that the press conference was also to announce the start of “a new era” in which the brand could “redesign Toyota for the future”.

What exactly does this mean? Mr Toyoda said part of this strategy was accelerating already existing plans to turn Toyota from an automobile company into a mobility company, and to do so, he would be spending more time building alliances like the partnerships that currently exist between the brand and the likes of BMW, Subaru, and a known upcoming partnership with Mazda focused on the US market, as well as with the brand’s usual suppliers and distributors.

Toyoda says the brand needs to “become stronger with our partners around the world.”

Could this mean more co-developed models with these existing partnerships, or even more vehicles co-developed with other brands? All we know for now is that Mr Toyoda wishes for Toyota to “become stronger together with our partners around the world” as part of what he called Toyota’s new “home and away strategy”.

Mr Toyoda also flagged other areas in which the brand would improve, including protecting its local manufacturing (which he says currently makes up 30 per cent of global production) selling off “under-utilised real estate” and continuing to re-work the brand’s industrial relations strategy so that “people in the company are no longer working for just themselves but for others in the company”.

Mr Toyoda was keen to point out that while he believes society will emerge less inclined to have physical contact with one another, that didn’t mean that autonomy was the only answer for the brand – there was still room for driving cars, and performance cars under the ‘new Toyota’ banner.

“Mobility means moving people physically, but also to move their hearts,” Toyoda explained. “I want to have cars that move people’s hearts, I still think we need fun-to-drive cars.

“We need to share a story about the joy of GR and Lexus.”

Mr Toyoda has been a significant agent of change for the brand in his 11-year presidency, introducing GR (Gazoo Racing) as a separate performance sub-brand and promising to make Toyota fun again. He explained that one of the biggest challenges facing Toyota in the past was the corporate attitude that “Toyota was going fine” and his work to change that had helped the brand wheather the COVID storm.

Despite the brand experiencing a much larger drop than it did during the GFC, Mr Toyoda says the numbers still predict the brand turning a profit for 2020.

“The company is stable and not panicking,” Mr Toyoda explained. “We had to stop so many things in the GFC, but now with a bigger drop than the GFC we can still turn a profit.”

Toyota is expecting a 22 per cent global sales slump due to the COVID crisis and could delay its new model launch calendar which some suggest included up to 18 new vehicles – possibly even the long-awaited LandCruiser 300 Series.