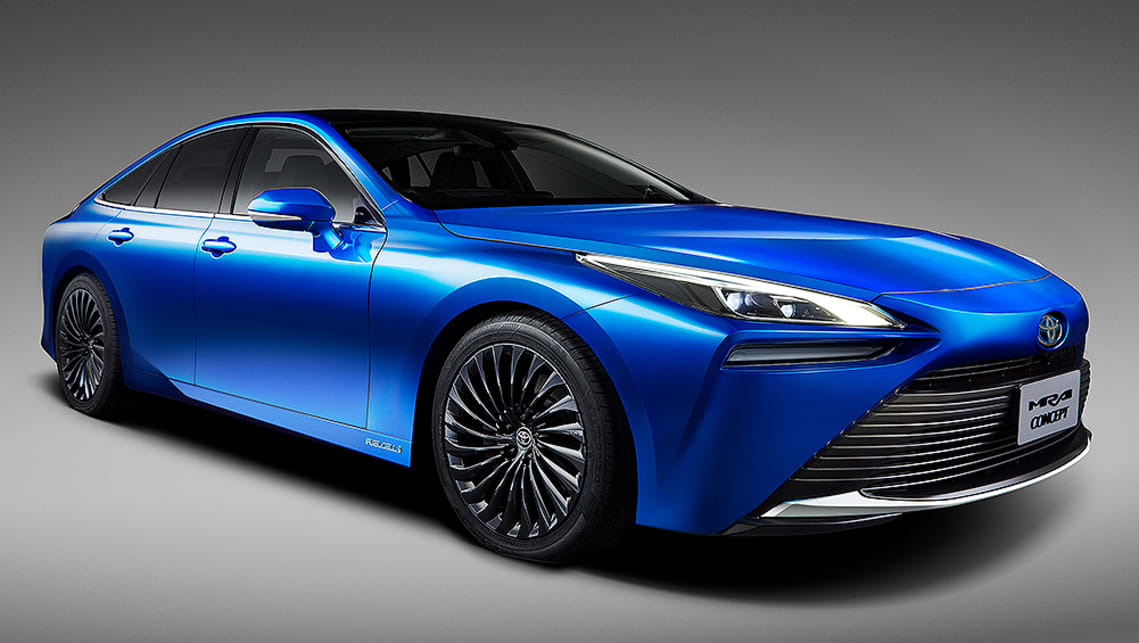 Toyota has revealed its second-generation Mirai, which looks completely different to the original.

The hydrogen-powered electric vehicle now sits on a longer, lower and wider sedan platform, with 20-inch wheels and Lexus-inspired styling.

This means that the Mirai has swapped from front- to rear-wheel-drive, and will comfortably carry five occupants.

The modernised cabin also includes a new 12.3-inch centre display and instrument panel, which is said to be designed around the driver.

Toyota has yet to reveal details about the fuel-cell electric vehicle’s (FCEV) powertrain, though it says it will deliver 30 per cent more range than before.

For perspective, the previous Mirai could cover around 500 kilometres between refills, and so the projected increase would push the new Mirai’s range to well over 600km.

As well as the increased range, the new powertrain will provide a more “linear, smooth response when pulling away”.

Inside, the Mirai boasts a new 12.3-inch centre display and instrument panel.

While Toyota is calling this a concept, ahead of the model’s world launch in 2020, it appears to be a close-to-production representation of the new-gen vehicle.

The Mirai will go on sale initially in Japan, North America and Europe, where refuelling infrastructure is available, however, an Australian arrival is still up in the air.

Toyota Australia has been conducting on-road trials with a number of Mirai sedans, as part of a research program into the efficiency and benefits of hydrogen propulsion.

The company says it is working with government and industry stakeholders to “fast-track” the development of refuelling infrastructure in Australia.

CarsGuide has contacted Toyota Australia for an update on its hydrogen roll-out plans.

The new Toyota Mirai will make its public debut at the Tokyo motor show later this month.