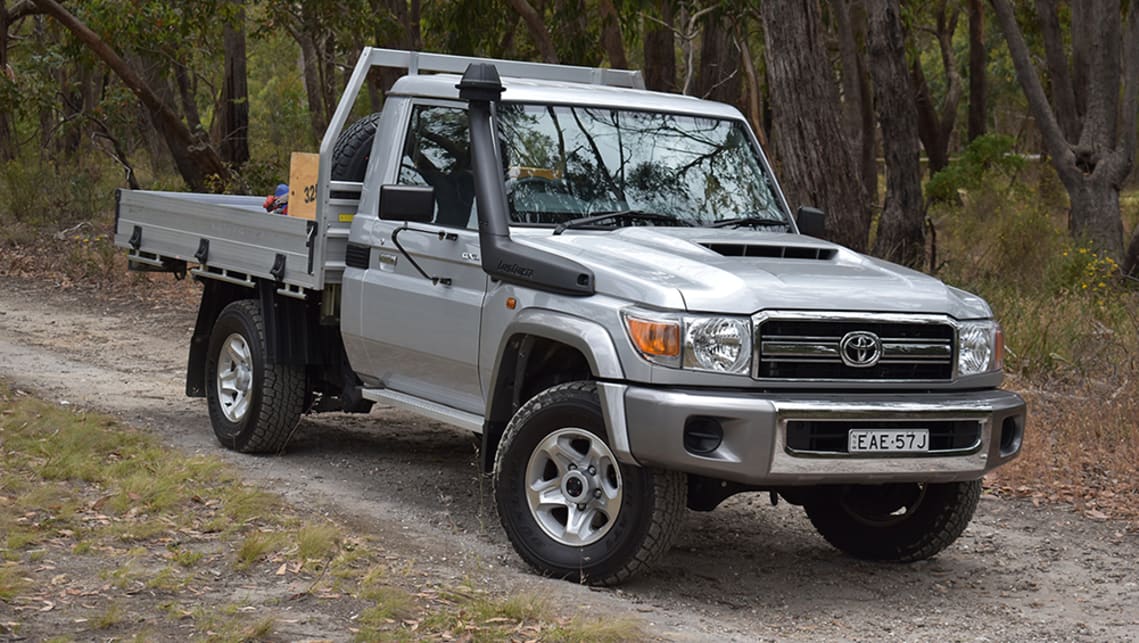 Despite being based on a vehicle (Ford Everest) designed and engineered by Ford Australia, the new, heavy-on-the-retro Ford Bronco is not – unless something drastic changes – coming to Blue Oval showrooms here.

Which, given the success of the other niche Ford of recent times, the Mustang, is, at best, inexplicable and, at worst, a golden opportunity gone begging.

Aside from the retro styling and general feel-good vibe the new Bronco exudes, the other great thing about it is that it will be a turn-key off-roader with more than its share of bush-smarts.

But Australians can’t buy a Bronco, so what else is out there in new-car showrooms that might do the same job?

`Burly’ is the word here.

With a 4.5-litre V8 turbo-diesel and tremendous off-road potential, the 70 Series ute is a popular choice among tradies and those who take their fun seriously.

It’s a great tow-car (3500kg) ,and the tray in the single-cab version is properly long.

Thing is, it’s not actually retro, because the same, basic format has been around since before Rome invaded Britain.

So, it’s more of a continuation than any rose-coloured reinvention.

The big catch is that it’s five-speed manual only, but at least it now has five stars for safety (three stars was your lot on previous models).

Arguably the vehicle that made the whole quasi-military thing so cool.

Except that it’s all down to the fact that the original Jeep was anything but quasi when it came to the art of warfare, and the original Army Jeep that helped the Allies triumph in WW2 was the synthesis of today’s Wrangler.

The Wrangler Unlimited Rubicon, with its shorter overall gearing, is the version with the biggest claim to off-road mastery, but really, any version of the Wrangler will still be heading uphill long after most drivers have run out of brave pills.

They’re pretty sparse inside and recent reliability woes have made for some scary headlines, but in the right (off-road) conditions, a Wrangler will show 99 per cent of vehicles the door.

And that’s where the Jimny absolutely shines.

It may look like a garden shed with headlights, but that’s part of the charm and is also the method Suzuki has used to make as much interior space as possible given the tiny footprint.

The fact is, tough little Suzuki off-roaders have been around since the 1970s and the Jimny is a modern extension of that concept.

Ditch the Showroom Terrains, and you’ll be amazed (and probably frightened) at where the Suzuki will actually go.

The downside is a relative lack of safety, and the Jimny scores the usual three stars of vehicles of this type.

Oh, and buy the manual; the five-speed makes much more of the car’s 75kW.

Compared to the regular G-Class, the G63 gets a new ‘Panamericana’ grille, and AMG body kit.

Inverse snobbery is a powerful force in the universe.

It must be, because nothing else can explain the Mercedes G-Wagen’s ability to cross cultural, social, financial and philosophical borders in a single bound.

The boxy German has been in production since 1979, and although the latest version is actually very different under the skin, it doesn’t look it.

And some things haven’t changed, either; stuff like the G-Wagen having three locking differentials (front, rear and centre), giving it off-roading chops till Tuesday.

The fact that even AMG got in on the G-Wagen act speaks volumes for the car’s broad appeal, even if the idea of something that can climb trees being fitted with an AMG driveline seems pretty loopy.

But along the way, the G has become the darling of round-the-worlders, gangsters, oligarchs, rappers, football players, survivalists and dictators.

Hell, even the Pope had one.