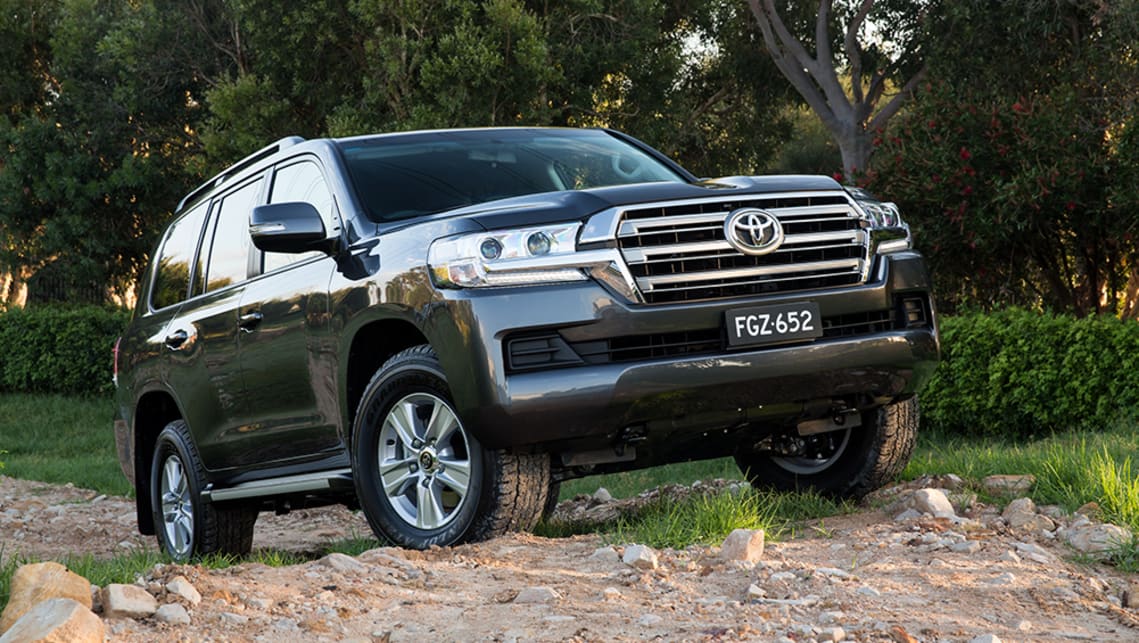 The Toyota LandCruiser 200 Series has seen a price hike for the 2020 model year.

It’s not the all-new Land Cruiser 300 Series model you may have read about, and there are no big announcements in terms of downsized engines and hybrid options.

As reported earlier this year, Toyota has dropped the petrol model from the line-up due to poor sales – and prices are up on all four remaining diesel variants in the range. Could it be that Toyota is priming the market for an even bigger increase in price when the 300 Series arrives? Time will tell.

Toyota Australia has confirmed that while the pricing levels have changed, no additional equipment has been added across most models. According to a Toyota spokesperson: “From time to time, Toyota adjusts the pricing of vehicles according to business conditions – this is influenced by a variety of economic and business factors”.

The price of the entry-level GX has increased by $2358 to $80,190 plus on-road costs. It has 17-inch alloy wheels, a snorkel, rear barn doors, vinyl floor covering, manual seat adjustment up front, a five-seat layout (no third row seats), manual air-conditioning, power windows, cruise control, a 6.1-inch touch screen media display with sat nav and CD player with AM/FM radio, USB, Bluetooth connectivity and four speakers. It doesn’t have a reversing camera or parking sensors, and lacks any active safety tech. It does have Toyota’s Crawl Control system, however.

The VX model has gone up by $2958 to a new price of $102,590 before on-roads. This version is a seven seater rather than an eight-seat SUV, but it adds other fruit in the form of 18-inch wheels, Bi-LED headlights, leather-accented interior and woodgrain-look trim, power adjustable front seats, 40:20:40 split-folding second row seats, reversing camera guide lines, four-zone climate control, rain sensing wipers, a moonroof (sunroof – not panoramic), four-camera surround view “Multi-Terrain Monitor”, and a 9.0-inch media screen with 3.5mm input and nine speakers, as well as blind-spot monitoring and rear cross-traffic alert, not to mention second-row side airbags.

Topping the range is the Sahara, which has risen by $3618 to $123,590 plus on-road costs. Being the flagship, the Sahara has plenty of gear, including cooled front seats, heated front and second row seats, memory settings for the driver’s seat, dual 11.6-inch rear seat entertainment screens, a cool box between the front seats, woodgrain-look steering wheel, and the Toyota Safety Sense system comprising lane departure alert, pedestrian detection with auto emergency braking, adaptive cruise control and auto high-beam lights.

All models in the LandCruiser 200 Series range are powered by a 4.5-litre twin-turbo V8 diesel engine producing 200kW of power and 650Nm of torque. It has a six-speed automatic as standard, and permanent four-wheel drive.

Fuel consumption is rated at 9.5 litres per 100 kilometres, and its standard long range fuel tank capacity is 138 litres (comprising a main 93L tank and a 45L sub tank).