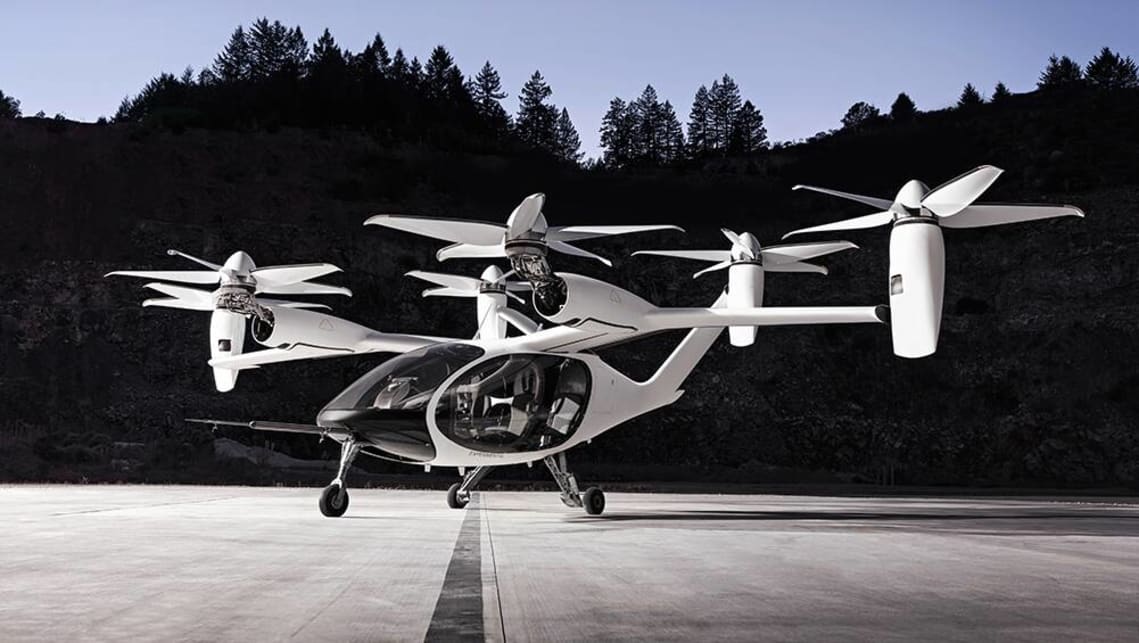 Toyota believes we could soon see electric taxis flying through the air and has therefore become the lead investor in Joby Aviation, an aerospace company working to make that dream a reality.

As part of Joby’s $US590 million ($A854m) Series C funding, Toyota invested $US394 million ($A570m) and offered its manufacturing expertise to help the Californian-based outfit’s electric vertical take-off and landing (eVTOL) aircraft get off the ground. Exactly when that will happen, though, remains a mystery.

Claimed to be 100 times quieter than a conventional aircraft and with room for a pilot and four passengers, Joby’s eVTOL has a top speed of 322km/h (200mph) and can travel more than 402km (150mi) between charges.

“Air transportation has been a long-term goal for Toyota, and while we continue our work in the automobile business, this agreement sets our sights to the sky,” said Toyota’s president and CEO, Akio Toyoda.

“As we take up the challenge of air transportation together with Joby, an innovator in the emerging eVTOL space, we tap the potential to revolutionise future transportation and life.

“Through this new and exciting endeavour, we hope to deliver freedom of movement and enjoyment to customers everywhere, on land, and now, in the sky.”

According to Joby founder and CEO JoeBen Bevirt, the aim of the game is to reduce urban congestion, ultimately “helping a billion people save an hour-plus commuting time every day”.

“This collaboration with Toyota represents an unprecedented commitment of money and resources for us, and for this new industry, from one of the world’s leading automakers,” he said.

“Toyota is known globally for the quality and reliability of their products driven by meticulous attention to detail and manufacturing processes.”

Joby announced in December a separate partnership with rideshare service Uber, which will see it introduce flying electric taxis in at least two cities.

Meanwhile, Uber confirmed earlier this month a similar deal with Hyundai, which is developing its own flying electric taxi, the S-A1.

January also saw Toyota reveal plans to build a new 175-acre locality, or Woven City, at the foot of Mt Fuji, with it to serve as a showcase for its emissions-free, connected, autonomous vehicles, and other transport innovations.