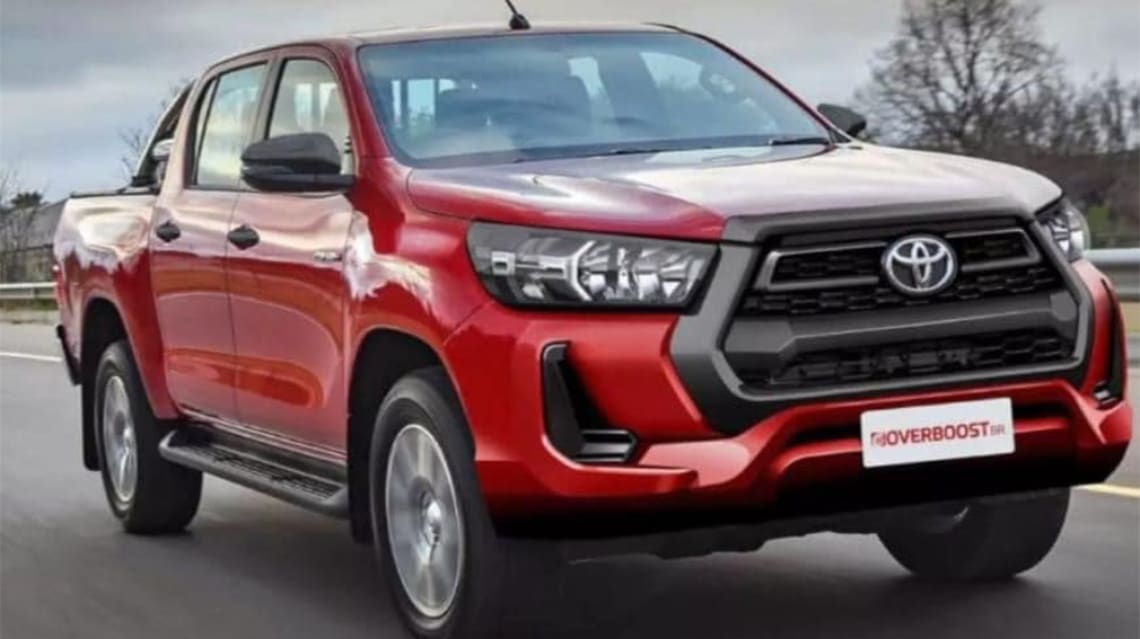 We’re less than 24 hours away from the offical unveiling of the new Toyota HiLux, and a new report out of Thailand has us even more exciting about what’s coming.

According to Thailand’s Headlight Magazine, Toyota’s new workhorse will pump out 150kW and 500Nm, courtesy of its 2.8-litre diesel, putting it on par – at least in terms of torque – with the Ford Ranger Raptor, which is good for 157kW and 500Nm.

The reports are unconfirmed by Toyota, but they largely match CarsGuide’s own intel, which had the new ute targeting Ford’s workhorse with new outputs of around 150kW and 470Nm. But 500Nm would be a truly magic number, given it would match the best from Ford (for now, at least…).

We’ll know for sure tomorrow, with the offical unveiling of the new HiLux and Fortuner set for June 4 in Thailand. The image you see above is a render from Brazilian outlet Overboost.br.

Expect Toyota in Australia to launch the HiLux in Australia as soon as possible. Initially scheduled for a July launch, the production date was pushed back after the Thai factories were shutters amidst the pandemic.

The official build date of the new HiLux was been bumped from May to June, meaning a four week delay, and an expected launch in Australia in August.

The ute will also welcome Apple CarPlay and Android Auto for the first time, ensuring Toyota’s workhorse is significantly more user friendly than before.

While Toyota in Australia is yet to confirm timing for the updated Fortuner, we’d expect launch timings to near-enough mirror those of the HiLux.