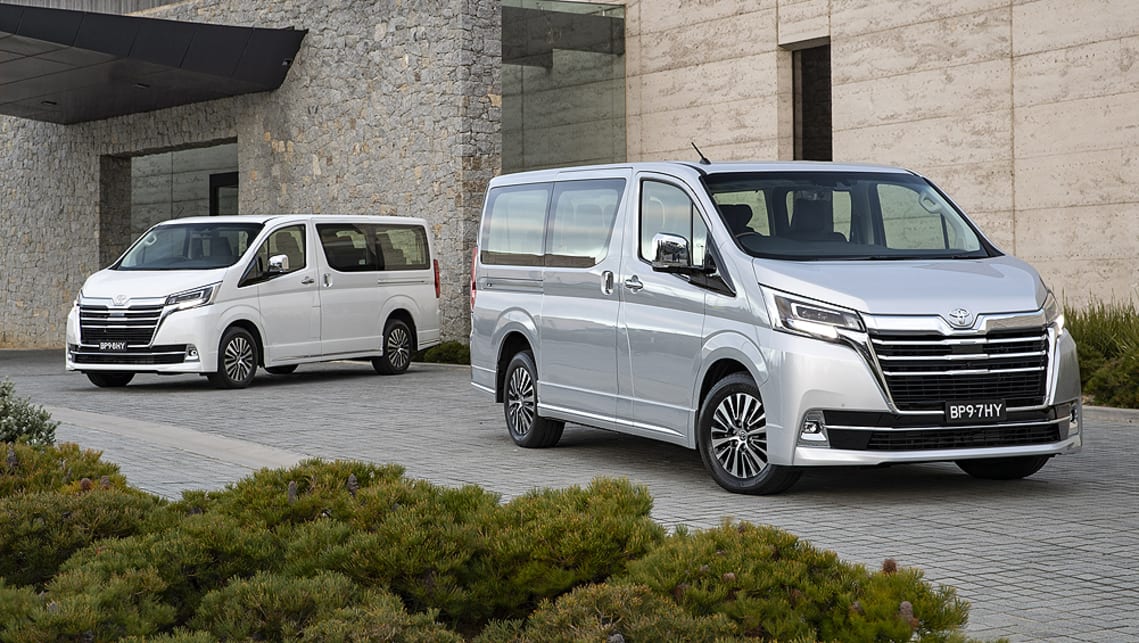 Toyota Australia is retiring the 36 year-old Tarago nameplate and replacing it with the HiAce-based Granvia MPV that seats up to eight people and claims business-class luxury for families and corporates.

Granvia will arrive next month in two grades priced from $62,990 for the entry-level six-seat version. It will be available in an eight-seat configuration for an additional $2000.

The flagship VX is $74,990 either with eight seats or as a six-seater. Prices are before on-road costs.

The new van will sell alongside the run-out of the current Tarago. Granvia’s entry-level version is almost $18,000 more expensive than the outgoing Tarago GLi, which may relegate the Granvia outside the average family budget.

The new people mover is based on the latest HiAce van and Commuter but has a four-link coil rear suspension – replacing the HiAce’s leaf springs – and diesel-only engine to depart from the petrol-only line-up of the Tarago’s 2.4-litre four and 3.5-litre V6 engines.

Features of the Granvia include electric side doors and premium audio with the VX adding four captain’s chairs, electric adjustment for the front seats, quilted leather upholstery, in-vehicle entertainment and Pioneer audio with 12 speakers.

Inside the Granvia are four captain’s chairs with quilted leather upholstery.

Toyota Australia Vice President Sales and Marketing, Sean Hanley, said the Granvia would raise the bar in the people-mover market.

He said it offered “superb value-for-money” and impressive luxury features to cater to high-end family, hospitality and corporate buyers.

Toyota Australia has a five-year, unlimited kilometre warranty on the Granvia with a capped-price service program that costs $240 for each six-monthly or 10,000km service.