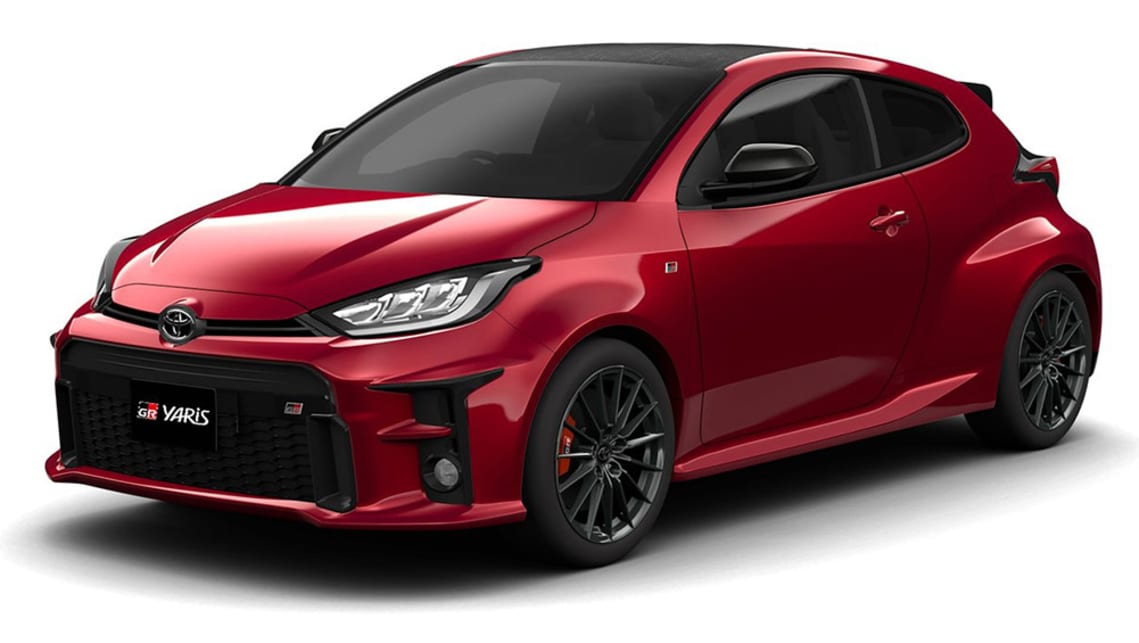 If you like your hot hatches with a little more show than go then Toyota might just have the answer for you, with the Japanese giant quietly revealing the GR Yaris CVT concept at the Tokyo Auto Salon.

According to international reports, you can expect a not-particularly-pulse-quickening 88kW and 145Nm. That power is fed through a CVT automatic (remember, the GR Yaris is manual only) and sent on to the front wheels, rather than to all four tyres like its bigger, badder brother.

What we’re talking about, then, is a car that looks a lot like a GR Yaris, but that also misses out on most of that car’s coolest features.

Most, but not all. The CVT concept does get the GR Yaris’ lightweight aluminium body panels, and its carbon fibre weave roof. And combined with the fact it has three doors rather than five, it does promise to be substantially lighter than its road-going cousin, plus it adds double wishbone suspension at the rear.

So what does Toyota in Australia have to say about the GR CVT concept? Short answer; don’t hold your breath.

“We never say never on things, and the GR family is growing all the time,” a spokesperson told CarsGuide. Realistically, we’re first focusing on things that have a noticeable performance increase, and they’re the vehicles that we’ll bring to the country first. But we never rule anything out entirely.”