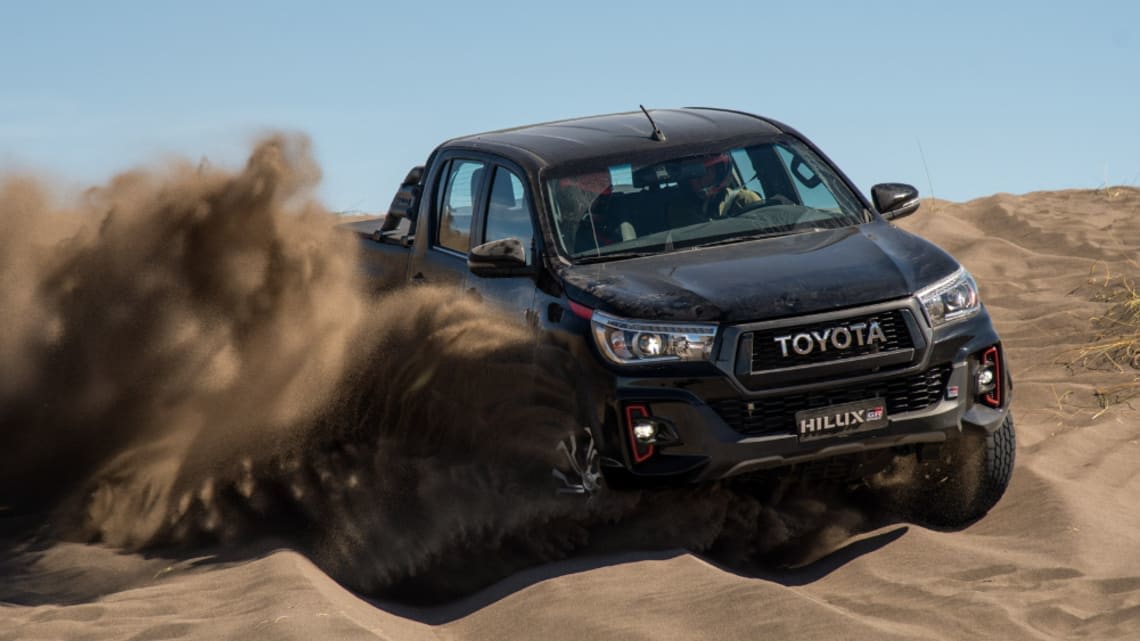 Toyota’s incoming GR HiLux could prove Australia’s most powerful ute, out-punching everything from the Kia ute to the new Ford Ranger when it arrives in Australia from an estimated 2023.

And the secret to its success? A new and still top-secret powertrain it could borrow from the incoming LandCruiser 300 Series.

Toyota is yet to confirm details of the new engine, but CarsGuide understands the engine will be all-new, and will likely find its way into the Japanese giant’s other products, too. And while specific outputs are yet to be confirmed, you can expect power to meet or exceed the 200kW and 650Nm on offer from the current V8 diesel offered in the LandCruiser 200 Series.

And in the world of utes, that’s a whole lot of grunt. So if that engine is to find its way into the all-but-confirmed GR HiLux, we’d have a new title contender on our hands.

Consider that Kia and Hyundai’s ute offerings could make use of that brand’s most powerful diesel (something already hinted at by R&D chief Albert Biermann) – the 3.0-litre, six-cylinder unit used in the Genesis GV80 that punches out a huge 205kW and 588Nm.

Which brings us neatly to the new Ford Ranger. The brand is yet to confirm the details, but strong rumours suggest the new model will take advantage of a 3.0L Power Stroke V6 Turbo Diesel currently at work in America’s Ford F-150, where it produces 186kW and 596Nm. There’s also rumours of the Ford Ranger Raptor adopting a twin-turbo petrol engine, again borrowed from the USA, with power outputs that would outstrip even the GR HiLux, but would still leave Toyota with the diesel crown.

Either way, it is more a case of when, not if, for the GR HiLux, with Toyota now having registered the nameplate “GR HiLux” in Australia, with its application officially approved on February 18. Couple that with the fact the brand here has made no secret of its desire to launch a performance-focused ute here, having previously told CarsGuide:

The problem, of course, is that no such engine existed at the time. But that has since changed, with news now beginning to appear that a big V6 diesel is expected to find a home in Australian versions of the new LandCruiser 300 Series.

One thing is for certain – when a GR HiLux does appear, it is hugely unlikely to share its engine with regular HiLux, given the brand has promised a “noticeable performance increase” for any GR badged product.

“We will definitely put our hands up for anything that becomes available. And we will fight very hard for it,” a brand spokesperson say