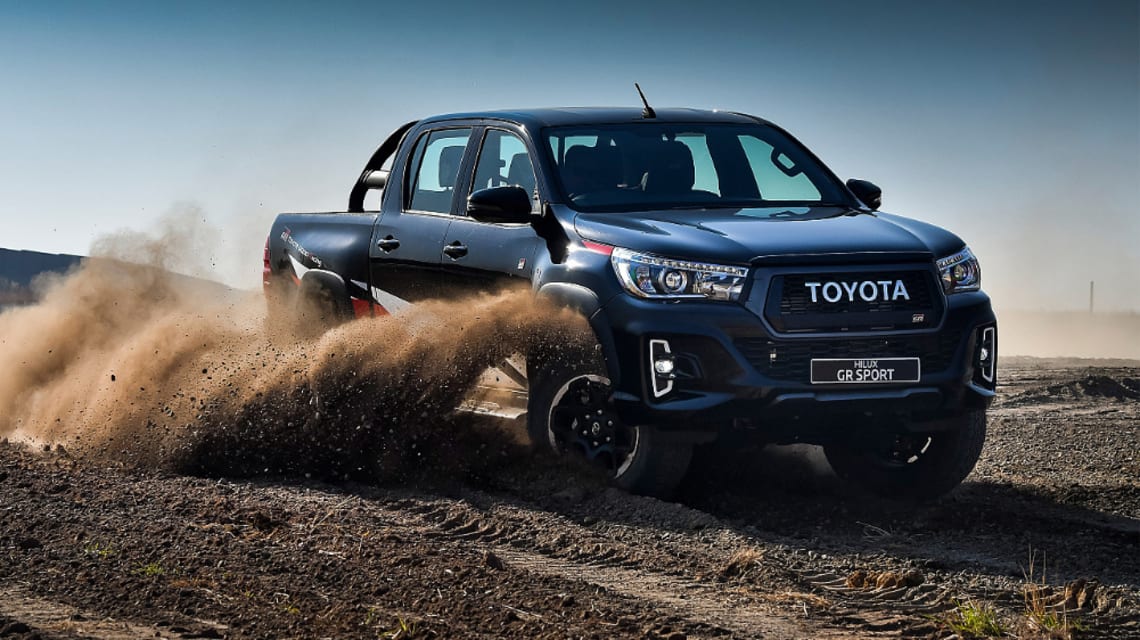 Details surrounding Toyota’s Ford Ranger Raptor rival are beginning to take shape, allowing us to finally piece together what we know so far about the incoming GR HiLux.

It is definitely a case of when, not if, for the go-fast HiLux, with Toyota now having registered the nameplate “GR HiLux” in Australia, with its application officially approved on February 18.

And the in Australia brand has also made no secret of its desire to launch a performance-focused ute here, telling CarsGuide:

So here’s everything we know so far.

The problem, of course, is that no such engine existed. But that changed last week, when news appeared of a stonking big V6 diesel that is expected to find a home in Australian versions of the new LandCruiser 300 Series.

While Toyota is yet to officially confirm the, CarsGuide understands the V6 thumper will be all-new, and we know it will find its way into other cars from Toyota, too.

You can expect power to meet or exceed the 200kW and 650Nm on offer from the current V8 diesel in the LandCruiser 200 Series, and the braked towing capacity to be mighty impressive, too.

And that’s good news for a go-fast HiLux. The brand’s top-selling dual-cab currently produces a healthy 130kW and 450Nm. And even the Ford Ranger Raptor only punches out 157kW and 500Nm.

That would make a 650Nm GR HiLux a formidable proposition.

We do know that, no matter what shape the GR HiLux eventually takes, it will offer a “noticeable” increase in performance, with Toyota being very clear on that being a minimum requirement for any vehicle that wears its go-fast badge.

And when a GR HiLux is unveiled, you can bet it will land in Australia, not just because of the size of our ute market, but because Toyota says it will “fight very hard” for anything unveiled internationally.

“We will definitely put our hands up for anything that becomes available. And we will fight very hard for it,” a brand spokesperson says.

Now for the bad news.

That’s not to say it’s impossible, but we’re certainly not expecting the go-fast ute to arrive in the short term, being this year or next.