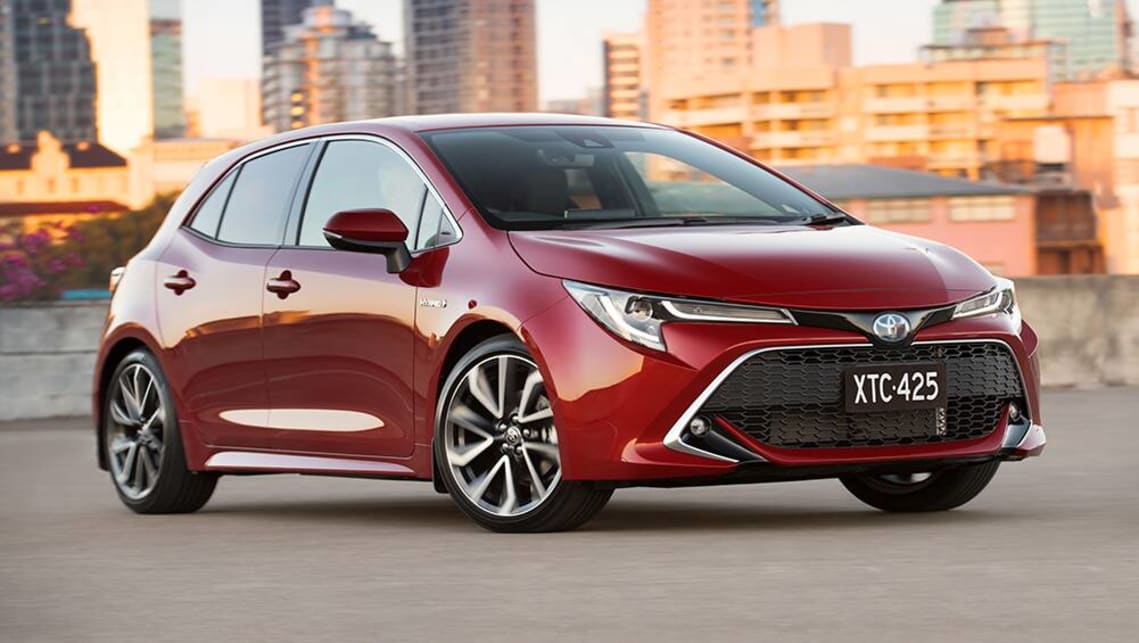 Toyota Corolla: What’s the story behind the model name?

The Toyota Corolla is up there with the VW Beetle and the Ford Model T when it comes to global recognition.

But with all the fuss right now over another one of Toyota’s models – you listening, Corona? – it’s interesting to see how the Corolla got its name.

You might have heard all sorts of explanations of what Corolla means in Hebrew or Swahili, but here’s the actual explanation from none other than the global Toyota website:

“A ‘corolla’ is the ring of petals around the central part of a flower. The name was intended to evoke the image of a beautifully styled, eye-catching compact car.”

So, now you know, but could there be more to it?

Possibly, because while the above definition for Corolla is linked to modern Latin, there’s also a theory that the shape of a Corolla in nature is that of a small crown.

As in a smaller version of the Toyota Crown. Geddit?

The timeline works, too, because while the Corolla is one of Toyota’s older nameplates, with a launch way back in November 1966, the Crown is even older, with Toyota breaking the Crown seal in January 1955.

The original Corolla was, of course, rear-wheel-drive, and introduced the world to the mighty K-series pushrod four-cylinder engine.

In 1983, the Corolla concept entered its fifth generation and went front-wheel-drive (apart from the Sprinter models).

The model also joined the volume-selling hatchback club (shifting from a sedan-heavy line-up) at the same time.

Now in its 12th generation, the Corolla has become a global phenomenon as the best-selling model in many markets over many years.

It’s been sold as a sedan, hatch, coupe, wagon and in front-, rear- and all-wheel-drive forms.

There have been turbocharged Corollas, diesel Corollas (not in Australia) and, most recently, petrol-electric hybrid Corollas.

It is, however, fair to say that some have appeared more like the central petals of a flower than have others.

According to the Internet Movie Cars Database (IMCDB.org), Corollas have appeared in literally hundreds of movies and TV shows (including The Simpsons).

In nearly every case, though, the little Toyota has appeared in the background and on the fringes of the main plot, just buzzing around doing Corolla stuff.

The Noah is available with a seven or eight seat layout.

The Toyota getting all the bad press right now is the Corona.

But what does Corona mean?

Again, to quote the global Toyota global website: “The corona is the ring of pearly light around the sun. The name was apt for this robust and approachable family car.”

And what about the weirdburger stuff like the Toyota Noah?

Can a people mover appear ark-like?

Nope, apparently: “Noah was chosen purely for its soothing sound, and no biblical reference was intended.”

It just goes to show that rhyming slang is not a thing in Japan.