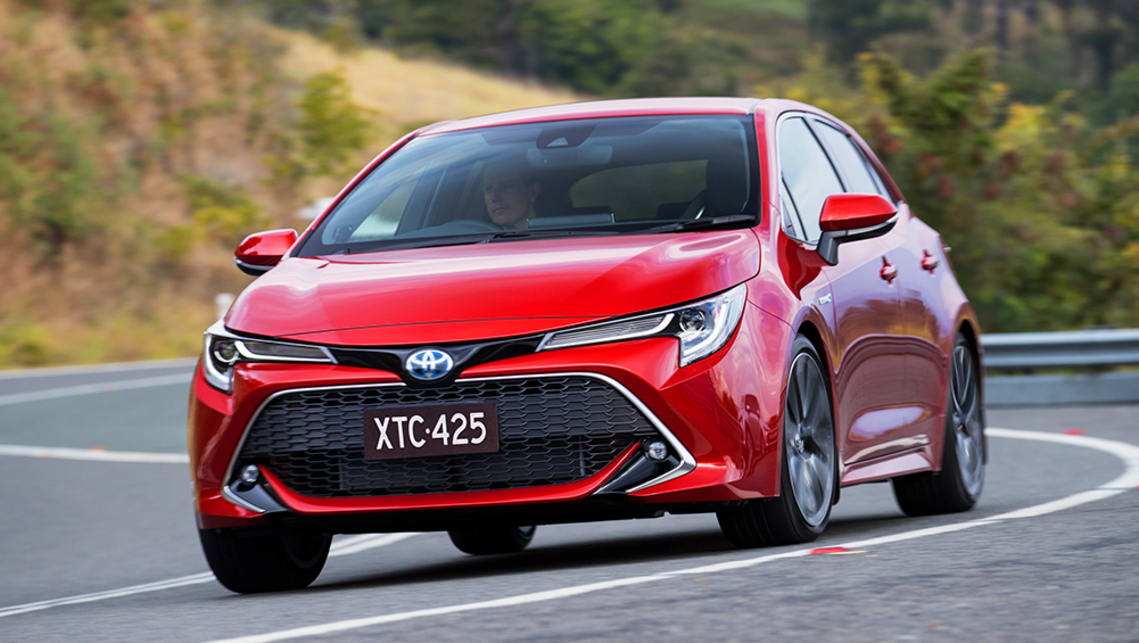 Toyota Corolla hybrid hot hatch imminent: Is this the eco answer to the VW Golf GTI?

A powered-up petrol-electric Toyota Corolla hybrid hot hatch is expected to be launched in Australia, given the brand a long-overdue answer to the likes of the VW Golf GTI.

The new flagship Corolla hybrid performance version is set to debut the brand’s 2.0-litre Dynamic Force Hybrid engine in Australia – a powertrain that adds quite a bit more punch over the existing hybrid offered here.

In other markets like Europe the Dynamic Force Hybrid 2.0-litre engine is offered, and it comes backed by lithium-ion batteries. The battery has a higher voltage output and the number of battery modules jumps from 56 to 180. The capacity increases from 3.6Ah to 6.5Ah. In other words, it lives up to the “Dynamic Force” naming.

But the most important news is the performance. The 2.0-litre hybrid produces a maximum combined power output of 132kW, which is a huge 46 per cent more than the current hybrid’s 90kW maximum combined output.

Toyota Australia vice president of sales and marketing, Sean Hanley, told CarsGuide at a recent event that the brand is looking to add more grunt to its Corolla range. And soon.

“We haven’t ruled that out in the future. At the timing of launch, because we source our cars out of Japan, that was what was available to us,” he said of the current 1.8-litre hybrid.

“We took it because it’s a good engine, but in the future we may be able to look at the European engine,” said Mr Hanley.

When asked if Aussies are ready for a hybrid-powered hot-hatch version of the Corolla, Mr Hanley indicated that the appetite is clearly there.

“We’re looking into whether we can perhaps bring a sportier hybrid version of the Corolla. Australians love a sports car, we’ve seen that with Supra,” he said.

“We just don’t have plans to announce right now. We haven’t got any plans to bring that engine to this market at this point, but it’s not something we’ve totally ruled out,” he said.’

For those wondering, the fuel use does cop a bit of hit as a result of the extra grunt. The claimed consumption is 4.9 litres per 100km on the European WLTP cycle, compared with the 4.5L/100km figure quoted in that market for the 1.8L hybrid.

A hotter version of the Corolla would give Toyota a leg to stand on where it has traditionally fallen short. It would give the brand a rival to the Hyundai i30 N, Volkswagen Golf GTI and – given it’ll run a CVT automatic – the Subaru WRX.