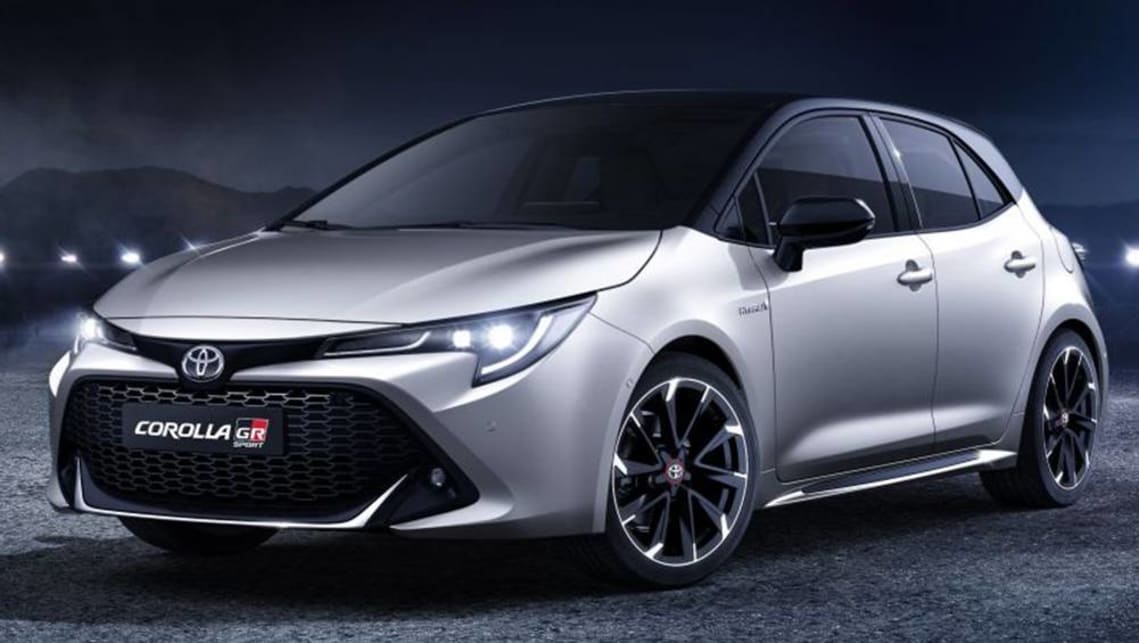 The Toyota Corolla is about to be given a warm-hatch makeover, with reports from Japan suggesting a new GR Sport edition of the top-selling small car will be revealed in July.

And in even more exciting news, the changes will be more than just cosmetic, with Toyota reportedly readying a bigger hybrid engine and extra body stiffening for the warmed-over hatch.

A word of warning, though, this isn’t the full-fat hot hatch Toyota is also reportedly working on. That car, the GR Corolla, will make use of the 1.6-litre turbocharged three-cylinder from the GR Yaris,  producing 200kW and 370Nm of punch.

This is more a eco-friendly hot hatch, then. And as is stands, the most powerful hybrid option in the current Corolla is the electrified 1.8-litre engine in the ZR. It combines a four-cylinder petrol engine (72kW/142Nm) and an electric motor (53kW/163Nm) for a maximum combined output of 90kW.

But reports out of Japan suggest the GR Sport model will up the ante, fitting a hybrid 2.0-litre engine in the performance-flavoured version, which should see those outfits climb skyward.

The Dynamic Force Hybrid engine produces 112kW and 190Nm, combined a transaxle electric motor good for 80kW and 202Nm, meaning a combined output of 132kW. In other markets, that means a sprint to 100km/h in 7.9 seconds – a full three seconds quicker than the current hybrid offering in Australia. Whether this model is quicker again remains to be seen.

The Dynamic Force engine is currently available in Europe, but the launch of the GR Sport could put it right on the table for Australia, with Toyota previously flagging their interest in such a vehicle.

“We haven’t ruled that out in the future. At the timing of launch, because we source our cars out of Japan, that was what was available to us,” Toyota Australia vice president of sales and marketing, Sean Hanley, has told CarsGuide in the past.

“We’re looking into whether we can perhaps bring a sportier hybrid version of the Corolla. Australians love a sports car, we’ve seen that with Supra.”