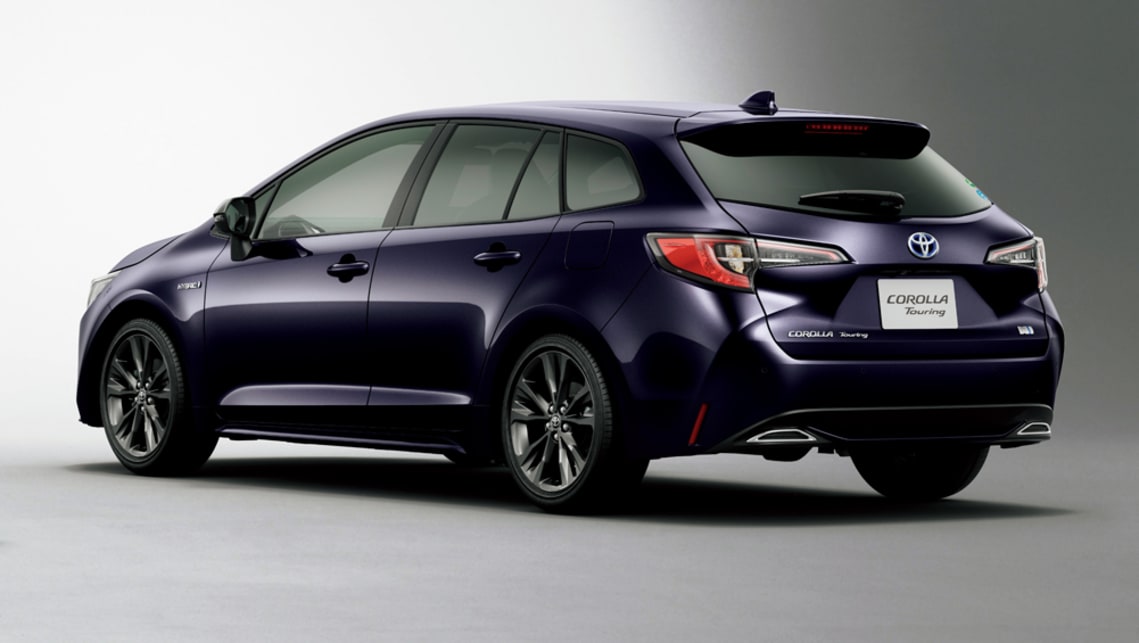 Toyota Corolla 2020 wagon launches in Japan, Australia to miss out

Toyota has launched its Corolla Touring wagon in Japan, but the body style remains off the table for the Australian market that will stick with the hatchback and soon-to-be-launched sedan.

First revealed at last year’s Paris motor show, Toyota Australia had previously ruled out the Corolla Touring for the local market due to its UK production.

However, the Japanese domestic market big-booted Corolla will be built in Takaoka alongside the four-door Toyota small car, which could potentially lower the cost of importation to Australia.

Despite this, Toyota Australia vice-president of sales and marketing told CarsGuide that there are no plans to bring the new Corolla wagon to local showrooms.

The Toyota Corolla Touring would have competed directly against other small wagons, including the Ford Focus, Volkswagen Golf and Mitsubishi Lancer, as well as the Subaru Levorg.

In Japan, the Corolla Touring is available with either the 1.8-litre four-cylinder or 1.2-litre turbo-petrol engine, as well as the 1.8-litre petrol-electric hybrid powertrain.

As such, the Australian Corolla line-up will march ahead with the 2020 mode-year hatchback range and hybrid-only sedan version due to land in November.

The four-door Corolla is expected to mirror its hatchback sibling in specification, while pricing should kick-off around the $25,000 before on-road costs.