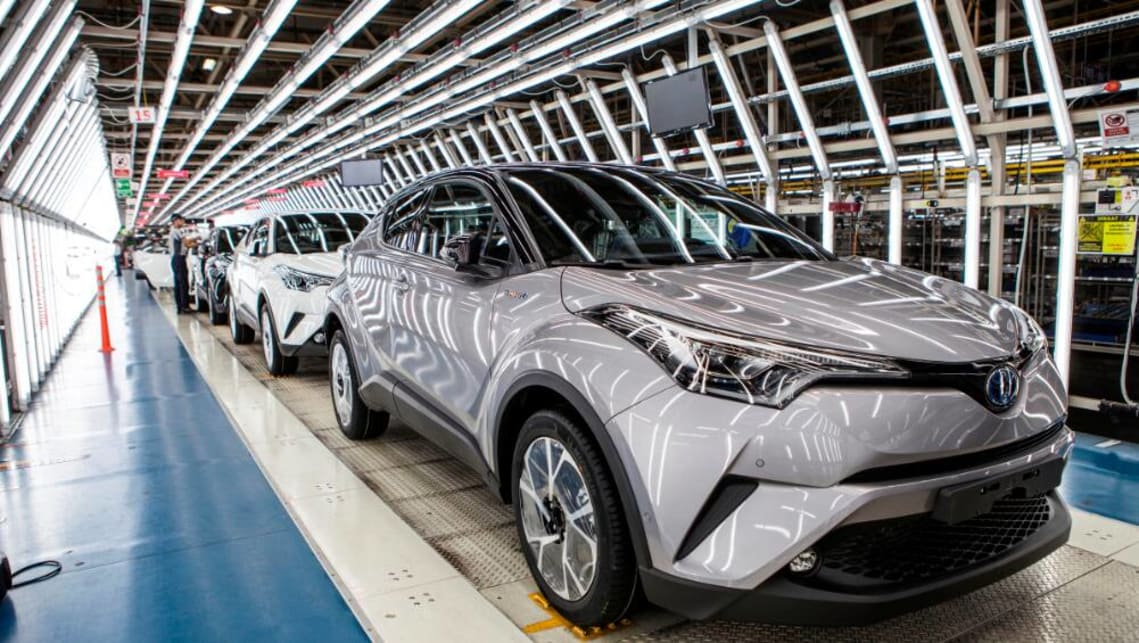 Toyota C-HR Hybrid 2020 confirmed: Small SUV to get Corolla engine by end of the year

Toyota’s C-HR will get a hybrid powertrain by the end of the year, with the Japanese giant to fit the Corolla’s electrified engine to its small SUV.

Currently exclusively powered by a turbocharged 1.2-litre engine good for 85kW and 185Nm, the new model will instead make use of the brand’s 1.8-litre engine currently put to work in the Corolla Hatch and the Prius.

That engine produces 72kW at 5200rpm and 142Nm at 3600rpm, and is combined with a self-charging electric motor that adds up to 53kW and163Nm for a claimed combined power output of 90kW.

In Australia, Toyota has previously described the sudden surge in popularity for its hybrid engines as “unprecedented”, with waiting lists forming for cars like the new RAV4 as a result.

Already offered in Europe and Asia, it is understood the updated C-HR will also arrive with Apple CarPlay and Android Auto as standard.

Pricing is yet to be confirmed, but it understood the hybrid-powered C-HR will make its Australian debut before the end of the year.