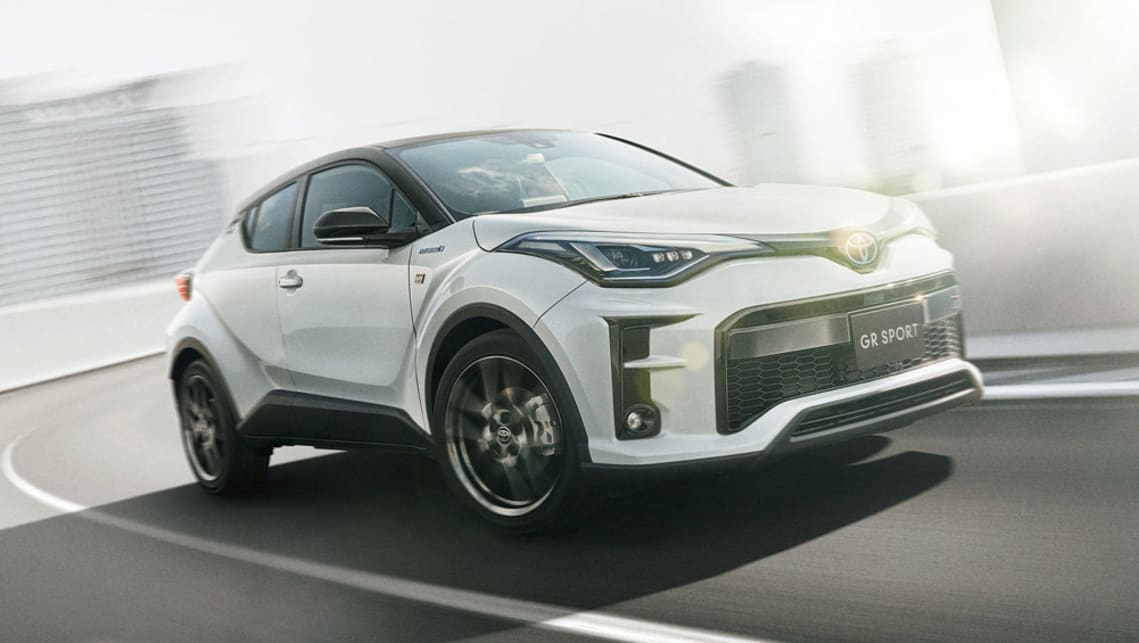 Toyota has shown off a sporty C-HR variant in Japan, dubbed GR Sport, but chances of the new performance-focused SUV of arriving Down Under are low.

The C-HR GR Sport is currently a Japanese-market exclusive, with Toyota Australia only interested in sporty models with a sizeable lift in both performance and aesthetics.

Based on the new-look C-HR, which is set to arrive in Australia in December this year with a hybrid powertrain for the first time, the GR Sport adds a more aggressive bodykit, 19-inch wheels wrapped in 225/45 rubber, variant-specific badging and quad exhaust tips.

Powering the new small SUV variant is either a 1.2-litre turbocharged, paired to a six-speed manual gearbox, or a 1.8-litre petrol-electric hybrid powertrain, mated to a continuously-variable automatic transmission.

While engine figures are yet to be revealed, the current 1.2-litre turbo-petrol engine in the existing C-HR produces 85kW/185Nm, while a similar 1.8-litre petrol-electric set-up in the Corolla outputs 90kW/180Nm.

While it appears straight-line performance won’t get a boost with a significant power or torque increase, the C-HR GR Sport instead gains suspension and steering tweaks, as well as increased body bracing, to sharper handling characteristics.

Toyota has committed to offering GR Sport variants across its core product line-up, which already includes the HiLux pick-up and Copen kei car.

The Japanese brand is also plotting full-fat GRMN go-fast models such as the just-launched Supra to sit above the GR Sport variants. Other GRMN models are likely to include a Corolla hot hatch and a performance-tuned new-generation Yaris to succeed the existing left-hand-drive-only version.