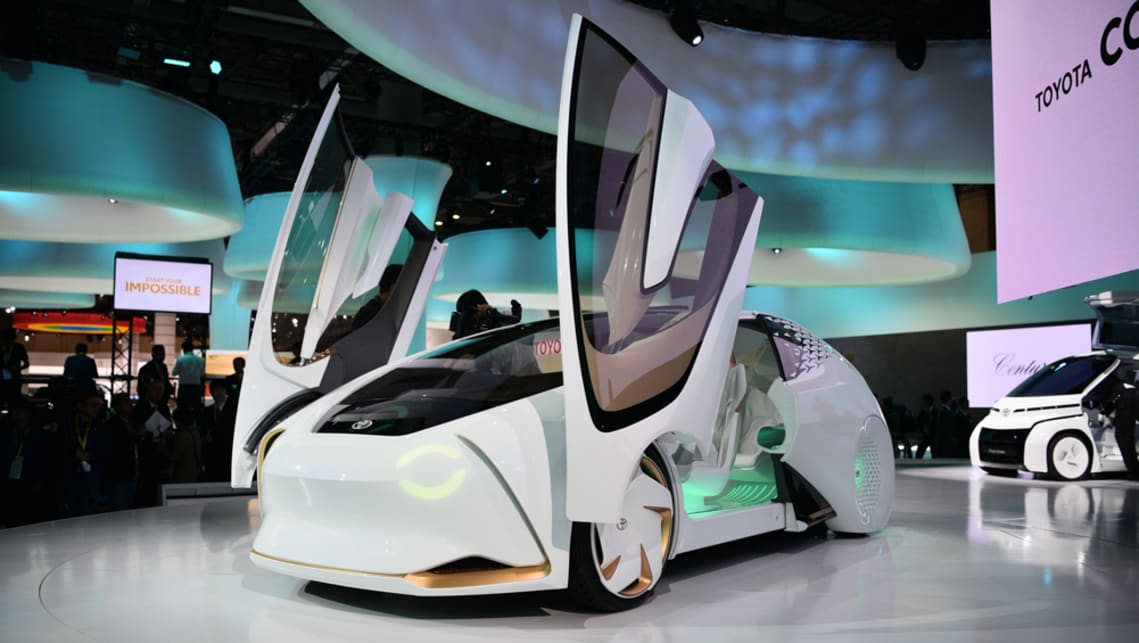 Toyota autonomous cars to be ‘fun (not) to drive’

Toyota’s global president, Akio Toyoda, is a man of boundless confidence and infinite ambition – he humbly promises to “supply mobility to all the people on Earth” – but the latest goal he has set for his company is particularly bold, because he’s promising to make self-driving cars “fun to drive”, even when you’re not driving them.

Speaking to CarsGuide at the launch of the new Lexus yacht in Miami, Mr Toyoda (who is also chief brand officer of the luxury marque) said the enjoyment of driving is, and will remain, an essential part of his brand.

“I have always been saying that ‘fun to drive’ is an important element of Toyota vehicles, and even when it comes to autonomous-driven cars, when those cars are made by Toyota I want to make sure that people will feel that there must be somebody driving that car,” he said.

“I want to make sure that our autonomous vehicles offer that same ‘fun to drive’ experience.”

Just to be clear, what he’s saying here is that when you’re in a self-driven Toyota, it will still feel like it’s actually being driven by a human, even when it’s not. And that non-humans will drive as if they’re having fun.

In short, Toyota’s autonomous cars will be ‘fun not to drive’.

As we say, it’s a bold goal, and one that might prove quite tricky to deliver on, because all the autonomous cars we’ve been in so far have been the exact opposite of fun. Relaxing, perhaps, and great for staring at your phone on the commute, but not fun.

Toyoda’s approach is very different to that of Mazda’s, which, as we recently reported, claims it wants humans to continue to drive its autonomous-tech-equipped cars because cars are meant to be driven. Mazda’s self-driving technology will only kick in when required; if the driver has a heart attack or falls asleep, for example.

Toyoda’s overarching goal, of course, is for Toyota to be about much more than cars – it will be about mobility of all kinds, as he explained.

“Of course, as a carmaker we are part of being that mobility company, and we would like to make sure that wherever we will have roads, we have four-wheeled vehicles, and that is something we can accommodate as a car company,” he said.

“But once I started saying that we wanted to supply mobility to all the people on Earth, then we realised that cars alone wouldn’t be able to fulfil that objective. And that is why we decided to transform into this mobility company.

“From that perspective, considering ourselves as a mobility company and offering mobility to all people on Earth, in that context I want to focus very much on having that ‘fun to drive’ aspect that people can enjoy.”