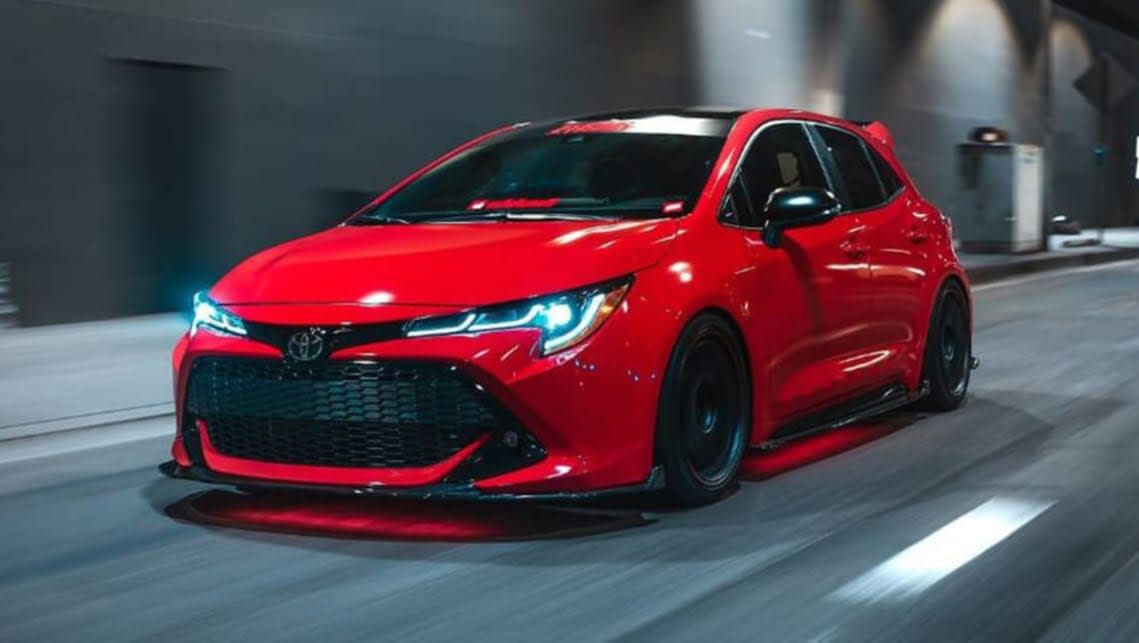 Toyota has inadvertently confirmed the GR Corolla, with the brand’s official twitter feed promising US fans a GR hatchback that isn’t the Yaris.

American hot hatch fans have been weeping at news the GR Yaris isn’t expected to launch in the USA, but Toyota gave them something to be hopeful for via tweet this week.

“While GR Yaris isn’t hitting the States…perhaps it’s time the U.S. got a hot hatch to call its own,” the tweet read. Before the brand followed up with “(A hot hatch) that continues to push the boundaries of performance. And one that can only come from Toyota Gazoo Racing. Are you with us?”

Now, it doesn’t take much detective work to figure out which car they’re referring to, given the brand sells just two hatchbacks in the USA – the Yaris and the Corolla.

The news ties in nicely with earlier reports that Toyota is cooking up a Corolla hot hatch for launch in 2023 (though it could well be earlier, given the brand’s new-found focus on promoting it).

We also know the GR Corolla will use the same 1.6-litre turbocharged three-cylinder engine – good for 200kW and 370Nm – that powers the GR Yaris. We also know that it will get 4WD and Toyota’s TNGA platform as standard.

And how do we know, you might ask? Because the Toyota Yaris GR’s chief engineer, Naohiko Saito, told us.

“It’s wasting time to use a four-wheel drive system and this 1.6-litre engine (for one car). Personally, I’d like to use this powertrain for each of the other (GR) models,” he told CarsGuide at the launch of the GR Yaris in Portugal.

Toyota in Australia is yet to confirm the model, but has told CarsGuide that if such a vehicle were to become available, the brand would be first in the queue for it.

“We have always said that if international GR product were to become available, we would have our hand up for it,” a Toyota spokesperson told CarsGuide.